The Vision. The Message. Equality. Freedom.  Life can be enjoyed passionately at its core. Lenny Kravitz transmits it through this album. He has put together a 16 track record which was designed as an LP.  It is almost autobiographical, and ties together his personal history, legendary political movements and real time body moving deep cuts of unstoppable energy. There is a clear soul message to this album, songs of spiritual connection and gratitude. There is some pop to be had, radio tracks stand out against the old school vibes. Each song reflects a genre in and of itself because they are often different from each other. Yet this album melds  into a funk so hot, if you play it in your car, the wheels will catch fire.

Before getting into the album review, I was completely taken in by this video I found of Lenny Kravitz talking about his thoughts and original intention in making this record. His vision was to make a double disc album carrying a broad spectrum of sound styles. This clip shows his personal connection not only to the songs that he wrote, but to the photographs, art work, family memories and career milestones. 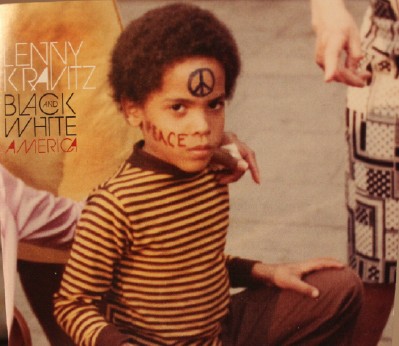 All Lyrics by Lenny Kravitz

Curtis Mayfield, Issac Hayes and Marvin Gaye are alive and well in the spirit and vibe of this song. Kravitz channels not only justice lyrics but the whole production of the song reflects the complexities of funk composition.  Lenny's vocals are rich and strong. With a great throwback using a mix of trumpet, trombone, sax and soul riffs, the track stays interesting until the very last note.

This is in your face with Hunter, Shorty and Todd on horns, straightforward Craig Ross on electric guitar, while Kravitz belts out feverish lyrics without edit. James Brown screams and howls come from Krav's gut. Wails from the guitar and swirling synths make a Parliament like sound explode onto the scene with a Jimmy Castor troglodyte growl that is down and dirty - and we like it !

The opening Ross guitar riffs grab you on this track and don't let go. Others have told me a critique of Lenny Kravitz is that he creates great guitar phrases, but repeats them too often in the rest of the song. I can hear that in this one, and I think that is what separates pop songs from metal, rock, funk pieces. In this album, there is such a variety of work, that the few pop hits are well placed. What I noticed about hearing this album in track order is that he starts to introduce water themes in the songs and this seems to be a theme of Kravitz in prior albums as well.

This is a song where the repetitive rhythm is the hook. It is a good thing there are water themes in this album, because this torch track is set up to melt the room. The lyrics he writes are the highlight of this work. He is bold, metaphorical and direct. Kravitz's vocals float out beyond the phrases with new words to explore in each line and then bring it all back. Get saved ... whoosh ...

Open the windows of your crazy car and go for a ride. When you crank up this song you won't come back the same. Rock star in your world, the lyrics are creative as usual for Kravitz. "You'll need your sage to fight that creature ... " We had some feedback that this song was 'too 80's'. There is a lot going on technologically in this track and it does have that pop sound. I thought it fit with the album, though, because it was a hard contrast to the other songs on the record.

Jay-Z and DJ Military blast onto the scene with a Nassau inspired reggae mix dance track. Krav rolls through the phrases and sets the background which interestingly depicts a picture of what is going on in the room. "Black heat fills the dance hall, Lovers rock the back wall, Junglers, bootleg labels, High heels on the tables, Bare feet on the dirt floor ..." The rap riff apologizes ahead of time for it's crude refs, but some writers didn't think it was nasty enough. This is a solid summer club tune and should be around at parties for a long time.

Kravitz does all of the instrumentation on this record, while the band supports with handclaps. Rock riffs, swaying harmonies, positive lyrics that can lift you from any three strikes you're out day. Lenny is on his high note. Tthe lyrical reverend of self esteem and faith in yourself guides us along, no matter what the problem. The clapping background and running back-beat moves the energy along. The video is bright, and bold.

This is a groovy vibe that sparkles with love and lust, but the hook for me is the funky guitar bridge mid-song and the rolling drums that come through and tie it all together. Craig Ross plays electric guitar and a 12 string acoustic.

A crisp riff in your face starts this out and the drums are great on this slammin rock track. (Editor's Note: A reader wrote this in the comments section about the lyrics:

Slow core has seeped into the rock world, bringing more focus to the vocals and pacing of the song. This isn't quite that, but the track slows down the whole album and is one of the only ones that pines.

11. Looking Back On Love

I like Lenny's voice on this, it is low and consistent. The winding background on George Laks' synths and Lenny's bass have a great throwback sound. Love the soul vocal improvisations too.

12. Life Ain't Ever Been Better Than It Is Now

Scat Krav starts this out like Al Jarreau strutting down the street. But he keeps his edge and pulls off a power anthem that may be my favorite song on this album. James Brown is channeled into the funk and the closing rant grunts with a shout out to those 'headed for the front line'. The lyrics are warm, soulful and reassuring. "Shorty" on the trombone features a bridge that blasts through the click and tick of the song and Lenny just marches on challenging us to be better people.

Unequivocal community consciousness is the message. Lenny keeps marching on with this slow steady ballad of hope. To me, it was in the spirit of Curtis Mayfield's, New World Order, "Back To Living Again" ... Right On.

Can you say 'samba whistle?' (Boshiri Johnson). What about wine bottles ? Bongos? (Kravitz). This album was released in August of 2011, what a great month for a flash of an inspiring love song. Like new found love, the instrumentation is light as the whistles and drums skim the surface while Lenny brings his voice down an octave. The background funk elka synthex (David Baron) groove reminded me of old school Rufus. Drake reached out by adding a rap to the bridge, with the lyrics reflecting humility and connection.

A piano opener with a slight horn signature begins the lyrics that Kravitz penned to speak of his dreams and keep others on track to pursue their inner visions too.

Water themes and delivering the spirit are apparent throughout this entire album, especially in this song. The horns soar and carry the track to another level. Kravitz tells his story of evolution and challenge. It is personal, but we can all relate. The idea of coming up on adversity and believing in the road ahead is not only in this song, but the entire record.