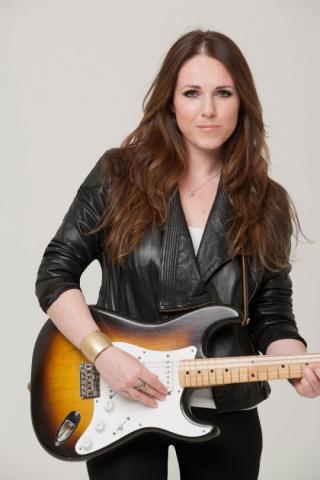 Since the release of Flesh and Blood, the blues artist has toured heavily in Europe, adding shows in USA, Australia and China. She's reached thousands of new and established fans, especially with a "string of exceptionally well received live performances including performing at the Royal Albert Hall with Brian May and John Paul Jones, at the Hammersmith Apollo with Joe Bonamassa, and Glastonbury Festival." Furthermore, Thom made the cover of the September (2012) issue of Acoustic Magazine (Issue 69), wherein she discusses her musical upbringing, songwriting and much more.

Great songs tell a story and are full of emotion, imagery and feeling. "All I ever want to do is write songs that connect with people. With Flesh and Blood I've finally found a place where I can make the very best music I can achieve," says Thom. And her fans know it! She is constantly invited to play 'their' hometown and therefore asked, "Where?" After an overwhelming response, Thom announced an expanded tour for 2014, with stops at choice venues such as Nashville's 'Johnson Hall', Providence's 'The Met', and Chicago's 'Profile Theaters', to name but a few. Tickets are on sale now and available via this link.

The album "features material that, like for many others around the world, has played a significant part in Thom's musical journey. She embraces the memories and digs deep to record powerful, stripped back versions of some of classic rocks greatest hits including a stunning rendition of Led Zeppelin's 'The Rain Song' (in which Thom herself plays the famous Jimmy page guitar part). Her wonderfully original rendition of 'November Rain' by Guns N Roses has already clocked 90,000 views on Youtube.

The Covers Collection is not to be overlooked, as it "retraces the footsteps of this undeniably honest, hard working talented songstress from Punk rocker to Pioneer."

A sample track can be DOWNLOADED FREE through Thom's official website: www.sandithom.com/freecover.