The album is certainly not for a Zep fan. Don't expect anything close to Led Zeppelin here, or even Strange Sensation.  Don't even think 'Rock.'   It's listed as Adult Contemporary at Amazon, and I would say that's a pretty good description.  Isn't Norah Jones 'Adult Contemporary'?  OK, it's not like that. Perhaps more like the Tori Amos version of Down By The Seaside?

But, for Robert Plant fans, the ones who appreciate his solo work and his reworking of classic Zeppelin songs, this is just another interesting path.

Not Your Father's Robert Plant

Well, maybe it is, as in the Robert Plant your father's father might have appreciated.  After listening to it more, with the typical heavy rotation on the player to become familiar with it, I have to say it grows on you. It brings a kind of hypnotic trance after a while.

I've heard it described as Country (obvious with the Alison Krauss influence), but it is a mix of styles, as Robert tends to lend to things.  Even with Zep, there were many many influences and lines crossed - blues, rock, soul, folk, celtic, middle eastern, african, motown, r&b, reggae, psychedlic, pompous art (progressive).  This collection of songs doesn't have all of that, but it does bring a feel from Country, Rock&Roll (50's), Rockabilly, 60's hippie/folk, bluegrass, and a little New Age alternative.  As usual, not easy to put into any one genre.

As I've listened to it more, it definitely brings a feel of the 60's folk rock. Robert has been dipping into his love of this music all along. This feel has been coming more to the forefront with Fate of Nations, and on. The Page/Plant Walking Into Clarksdale had a very raw 60's feel to it, which also brought us Please Read The Letter.

Then Robert toured around 2000 as Priory of Brion, performing all of his favorites from that era.  Dreamland ventured more into it, but we found him getting back into the Rock with Mighty Rearranger, though entwined with Political and social statements (a big part of the sixties).

Raising Sand is actually music that Robert Plant has been doing all along, hidden behind a veil of marketable rock. It's folk/rock/blues, bringing a hypnotic feel and journey.  It grows on you, and somehow infects you.  I'm not going to get into the detailed descriptions of each song and all the blah blah blah that reviewers tend to do. The album is very good, and will likely be enjoyed by those with a more expanded view of music beyond "Led Zeppelin is the best" and "I can't wait to see Zep at [enter heavy metal festival name here]"   If you see Robert and Led Zeppelin as Heavy Metal, as all screams and wails and solos, then steer clear of this album. You just won't get it. Just put on a Whitesnake or Tesla album and enjoy.

Oh, the Amazon MP3 download service was nice and smooth. The whole album was only $7.99, free of any crappy copy-protection. Click, purchase, and the Amazon Downloader software goes and fetches it for you and puts it into your preferred music library. If only they had more selection... 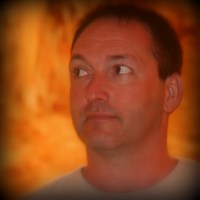