BBR: We are a fan based music review website located in Western Massachusetts, near UMass.

KM: I can't wait to make it up there and play sometime, I still haven't made it that far. I need to get up there.

BBR: We get music from all around the world. The readers are a core of classic rock fans, but we review a wide range of styles. I also write for the Boston Blues Society, so a lot of our followers are serious blues fans. I love indie music too, but I am not a radio snob. I love radio. But it has to be good radio. Your record, Dreaming Out Loud would make some good, quality radio. And you have some great media, TV, MTV and radio spots already. Tell us about this.

KM: Yeah, it's starting to take off. The MTV thing was a really good break. Clear Channel adding it to the iheart channel and it going number one over there was a good thing too. These things help get the ball rolling for sure.

BBR: I've been reading your bios and others reviews of your music, and I think it's great that no one can put you into a specific genre. I hear that in your music too. A lot of the influences that you list, Ray Charles, Bruce Springsteen, Tom Petty ... I can hear these classic rock influences, but you really have your own sound going. It's great. 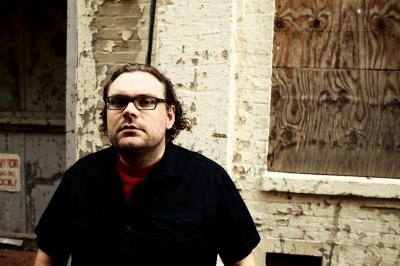 KM: I'm trying to pull all of the things I heard as a kid and get all of the sounds in there in my music. I tell everyone that I interview that I think it's really important as a musician that you're always discovering and even rehashing older stuff that maybe got you into this and that you are constantly listening. The other day I was working with a friend on a recording project and was thinking as you mature as a musician, that you notice something different on songs that maybe you've heard a thousand times. As a musician, you may listen to a Tom Petty song, and it may have struck you, initially, just on the songwriting when you were 18 years old. But then later, when you start to hear why Benmont Tench maybe played the two note keyboard stat and why that works to lift the chorus and all of those things.

KM: These things are really cool and you can really learn from that. Learning how Ray Charles can use both the minor and the major third melody and how that works and how that lends itself a soulful melody is so important. Things like that, you probably didn't get at first. and you get later on. That's my own mini-rant on 'listening'.

KM: You said you think my record would be good on the radio. Today's radio, the stuff that goes to Hot AC and Top 40, (is not good radio) but there are a lot of radio exceptions. I think John Mayer is a guy who really listens. I think Bruno Mars is a guy who really listens. I think there is also a lot of stuff that you can literally tell that the artist may not have been there except to lay their vocal and then they left. And then he had to sit and watch the other people play and he didn't have any input in that. That is kind of sad. That is the whole problem we deal with when you try to find a market and then find art to sell to the market, rather than getting the best possible art and finding 'its' market. The art is going to suffer. Things get kind of pigeon holed. That's what I love about being an indie, and being involved in making my own records and my live show. In a way I may never be rich beyond my wildest dreams like some of these people. But in my mind, I'm may have something better. I get to constantly evolve in a way, that they don't have that freedom to do.

KM: It's kinda cool, what's going on in the music business. It's affected the media in the way it's affected art. The inter-net has opened up possibilities in that it's hard for people to control the flow of information. It's a daunting task to make yourself stand out, if you're willing to put the hours in and make the best possible product that you can, eventually, it will rise to the top. I love the fact that I distribute my own record. I love that. That is something every artist didn't have the ability to do 20 years ago. I was watching the "Sound City" movie that David Grohl did, it's a great movie, about Sound City Studios that closed in LA. There was a time when Nirvana made "Never Mind" and they had a budget of a minuscule budget of like $40, 000 and I'm sitting there thinking the biggest budget I had was $10, 000. And I know people that have made records for a couple hundred dollars and they are great. And I think that's amazing. It's starting to realize it's only a matter of time before I think that whole 'free like rain water' thing may happen. I think that your music will more serve as a way to sell a t-shirt, almost like a commercial. It's a great and a sad thing at the same time, but also it's kind of cool. A brave new world, we'll see what happens yet.

Album Credits for Dreaming Out Loud:

BBR: Tell me about the artists on your new record.

KM: On this record, Jamie Rogan played all the drums on the recording. His day job is to play drums for a country artist named Billy Currington. He's from Alabama. Pretty much all of us are from Alabama. Jacob Bunton played all kinds of things on there. He plays with Lynam. On the record played guitar, keyboard, bass. My friend, Adam Dalton played the organ parts on the other songs and he is actually from Massachusetts. He has his band in Nashville called Adam Dalton and the B sides. Michael Swan played some slide guitar on both of my records. He is one of those guys who has a unique way of phrasing things that just - I just like it. You let him play and listen to it and it's just - wow. It's weird, slide guitar and violin have this in common ... there's really not a whole lot of ways you can play it, and not sound like something you've heard before. It's very hard because you already have an approach where you have to be careful of what notes you're playing, it's that whole thing, where people have that cynical view of 'it's all been done before' and there is only so many chords and so many notes ... You even strip that set of notes you can use down even more ... because if you're playing a G chord, and you play the wrong note on slide, it's more like someone sings a note that's not in the chord and you know that's not right. Whereas, if you're playing guitar, mandolin, banjo and you glaze over that note and are ascending ... descending ... whatever ... the way that Michael does it, has changed the way that I look at it. He does some varying things in such a melodic way, kind of how a jazz vocalist would. If you're around blues, I'm sure you've been around some jazz vocalists, they sing things that aren't necessarily supposed to be there, but they resolve it in a way that you don't notice. Now I integrate a lot of things that I learned from him playing on my records. There is my Michael Swan lecture for the day.

KM: Elmore James is one of those artists that everybody has to go "through". Guys like Taj Mahal and a lot of slide players are in this category. Of course, Duane Allman is a huge one. The idea of slide guitar is now taken past the moon and out toward Mars somewhere is Derek Trucks. He is beyond western music in his slide playing, incorporating semi-tones and half tones, how to resolve semi-tones. I'll never get that good, I'll probably die before I will ever figure that out. And I'm not alone, there are a lot of talented people that will say the same thing. He was one of those guys that was as good as Duane Allman when he was like 13, so he had only one way to go from there and that was beyond comprehension. I do love him and his wife's project, Tedeschi Trucks is amazing. I think it's a great, great band. If I'm not on the road, I'm going to try and go see them play. They are opening for the Black Crowes here, in Nashville, in the summer, so I'm going to try to go to that. Another favorite player of mine, in terms of slide players is Luther Dickinson, who has played with the Black Crowes on their War Paint record, Luther Dickinson from the North Mississippi Allstars

We discussed Luther's release of Hambone's Meditations at length and how its variation of the core blues is a welcome bent on traditional sounds.

Stay tuned for the next installment of Keith Moody's discussion of his new record, Dreaming Out Loud, as he describes my favorite song from the CD, "UP," his views on punk and his experience with the Nashville music industry.

Until then, here's our review of the new record, "Dreaming Out Loud" and a great video of "UP."