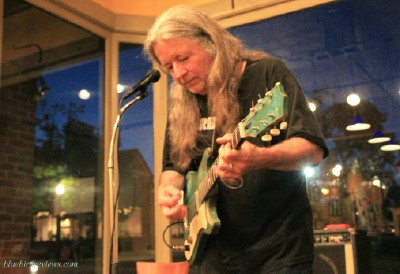 Ray Mason has been writing songs and playing music both locally and nationally for decades. Supporting NRBQ, Marah, Marshall Crenshaw and other great artists, he is the strong foundation that maintains quality music in the Pioneer Valley and beyond. His band, The Lonesome Brothers, performs at the Iron Horse Music Hall regularly, but Ray can often be caught solo at local coffee shops and clubs. With always a smile, a story to share, and a vast catalog of original songs to play, if you see an announcement that Ray Mason will be playing in your area, take that quick turn to tuck into the venue and have a listen. Better yet, go out of your way to hear him play. Music history is not complete without an encounter with the mighty Silvertone.

We've reviewed Ray Mason's live show a few times on this website. Gracious and generous, his music crosses styles and generations, filling the room with clever lyrics and catchy hooks. You can read those reviews below.

Mr. Mason gave us the privilege of a live interview before his set at the Black Sheep Cafe in Amherst, MA this summer. With wit, craftmanship, a distinctive voice, and always a good rock and roll story to share, here is what the man and his Silvertone had to say to us this year:

What are your favorite Mason-isms?

"If I can make it to 80 and still play that Silvertone, then I think I'm gonna have something ..."

Have you heard the story of the Man and His Silvertone?

Highlighting the bands that Ray Mason was compared to, (Wilco, The Beatles, Marshall Crenshaw) had him turn it around to compliment the bands themselves. Ray Mason is a walking encyclopedia of music facts. Different from most people, though, he has played with so many bands, that he has lived the music across many decades.

Here's the story of Ray Mason's experience with the Yardbirds and his recount of Led Zeppelin at the Newport Jazz Fest:

(What say you now, Peter Grant?) 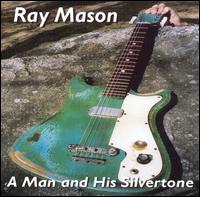 Ray Mason at the Thirsty Mind 2011

Ray Mason sings "Listening to Records (In My Room)"

Ray and his road-worn 1965 Silvertone guitar have been tirelessly touring since 1982. Starting his first band in 1966, and averaging over 100 shows a year, he's like a teenager with forty-plus years of experience! Between 1983-1990, Ray released five critically acclaimed (casette only) albums. He followed them with a single on his own label, Captivating Music, and has appeared on numerous compilations from such labels as Signature Sounds, East Side Digital, Shimmy Disc, Sound Asleep (Sweden), Dren Records and Paisley Pop.

In 1994, the initial release of Ray Mason's first official CD was launched called, Between Blue & OK, followed by Missyouville, Old Souls Day, Castanets, When The Clown's Work Is Over, Square Crazy, Three Dollar Man, Idiot Wisdom, Old School, A Man and His Silvertone, Don't Mess With Our Routine, and Like Bugs Chewing on Paper.

Ray is a founding member of The Lonesome Brothers. He recorded seven albums with them and appeared on "A Prairie Home Companion" and at the 2007 Newport Folk Festival. He was the original bass player of The Ware River Club.

Ray has contributed bass to many, many artists' recordings including, Cheri Knight's first solo album, The Knitter, Cliff Eberhardt's release of Borders, and Lloyd Cole's Music In A Foreign Language. Ray appears on bass with J Mascis on J's contribution to the NRBQ tribute album on Spirithouse Records. He also plays bass on all three of Wolf Krakowski CD's (including Goyrl: Destiny, produced by Frank London of the Klezmatics and released on John Zorn's Tzadik label). He also played bass with The Kennedys in their side project The Stringbusters.

Ray has had a tribute CD released by Tarhut Records (Boston Chicago) with artists; Eric Ambel, Charlie Chesterman, Ass Ponys, The Incredible Casuals, Cheri Knight, and many others covering his songs.