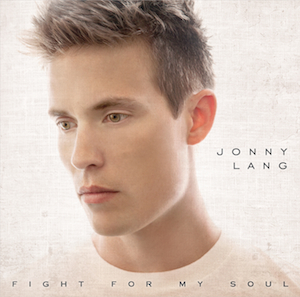 Bluebird Reviews has, for a long time, a great admirer of guitarist and singer/songwriter Jonny Lang. After many years of trying to reach this fabulous artist, our website had finally the great honor and pleasure to speak on the phone with the Guitar Maestro, during his Promo Press in London, UK, to talk about his latest release, Fight For My Soul, which is currently one of the best-selling albums on the blues charts worldwide.

BR - Jonny, thank you so much for talking to us. Fight For My Soul is your first new release since 2006. Was there any particular reason for this long break?

JL - Well, probably the biggest reason is because I have started having children (smiles); my wife and I had a twin boy and girl almost six years ago now and then we had another little girl and just in May this year we had our fourth child. This made things pretty difficult music wise because whilst before we had no kids it was easier to manage being constantly on tour, but now the last thing I want to do is leave again for another show. It just took a little time to make this record because I wanted essentially to spend time with my family.

BR - This record challenged you vocally and musically with brilliant results. Have you found through years of collaboration with fellow artists it's changed your style or this new record is just a natural progression since the Turn Around's album?

JL - I feel like I am a different person in a way after now having a family; it changes you, anybody having a family can confirm that. The songs on my latest album just flew out naturally, whatever changed is just a different style between now and then. I did not give to this much thoughts, it was just a matter of writing the songs that I felt were coming out of me just naturally and then recording them. 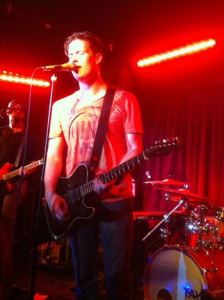 BR - How big as an experience has it been for you being at the Crossroads Festival in the past years, even if you couldn't go this year in April and sharing the stage with legendary fellow guitarists?

JL - It's amazing to be part of something like that. I was able to perform at the Crossroads Festival the time before the last one and regretfully not this year, due to the fact that my wife was nearly there to give birth to our fourth child so I had to stay at home and keep an eye on her. It's quite an honor to be asked to play there in the first place and to hang out with all these wonderful musicians and guitar players or some folks you have never met before and get to know people is always great fun.

BR - "Blew Up" is a great opening for the album and your guitar never sounded better to me! How difficult is for you to balance your personal life and maintaining the sound of your guitar so fresh and stylish?

JL - Well, I don't know, is one of those things like the tone of the guitar on this record and also just the way the guitar was played just kind of happened; I just think they were the sounds I felt they got along with the songs. The guitar playing is just the result of what I thought the songs were calling for at the time.

BR - "We Are The Same" and "Breakin' In" have great radio potential; have you already decided which is going to be the first single from Fight For My Soul?

JL - Thanks for saying that, it was my hope that some of those songs would be ended up to be played on the radios. But you know what? I am the worst person to ask about which song would be best played on radios, it's not my "forte". I think somebody like you would be better suited (smiles). 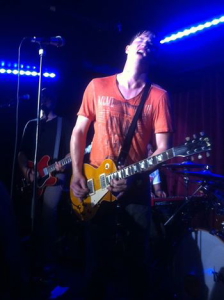 BR - Surely you are planning to be back on tour to support your latest record; is the line-up of your band still the same?

JL - Well, the band that has played on the album is the band that is going to play live when we will be touring Europe so yes, it should be at least very similar to the one of the record. I am not sure how many songs of the last record we will be playing live, we should be doing quite few of them, I believe. We would be playing songs from our back catalogue too, of course, although playing old material sometimes is like looking at some pictures of you and say "Oh my, what was I thinking at the time?" But in the end is always great fun playing them.

BR- Jonny, and is Italy on your tour map as well?

JL - Yes, of course. I love Italy; my wife and I spent our fifth anniversary in Venice and every time we played there, the audience was just so incredible and made us feel so welcome. You have a beautiful country with truly beautiful people and I can't really wait to be back there on Tour.

BR - Luther Allison once said about you: "Jonny Lang has the power to move the music into the next millennium by reaching the ears of a new generation". Will Fight For My Soul achieve this artistic goal once again?

JL - Well, I hope so. Some of my guitar influences come from my fellow colleague blues artists and it would be really great if one of the young people coming to our shows or listening to my records could find out more about the blues and then buy records from people like BB King or Albert Collins too. This would contribute to move the genre into their generation and it would be really wonderful it that would happen, really wonderful. 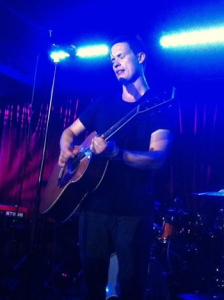 BR - Has your new found religion changed the way in which you approach your music, in comparison to your first albums?

BR - Jonny, if you could pick up a song, any song from any artist to define who you really are, the inner Jonny Lang, which one would you go for?

JL - Oh, boy! If I can pick any album from any artist? I never thought about that... You know, I am not sure which one but I am positive it would be one of James Taylor's songs. James Taylor is one of my biggest inspirations or Stevie Wonder, as far as songwriters go... But is really a tough question, I have to think about it and let you know on our next interview (smiles).

You can find Gio on the air via this channel: