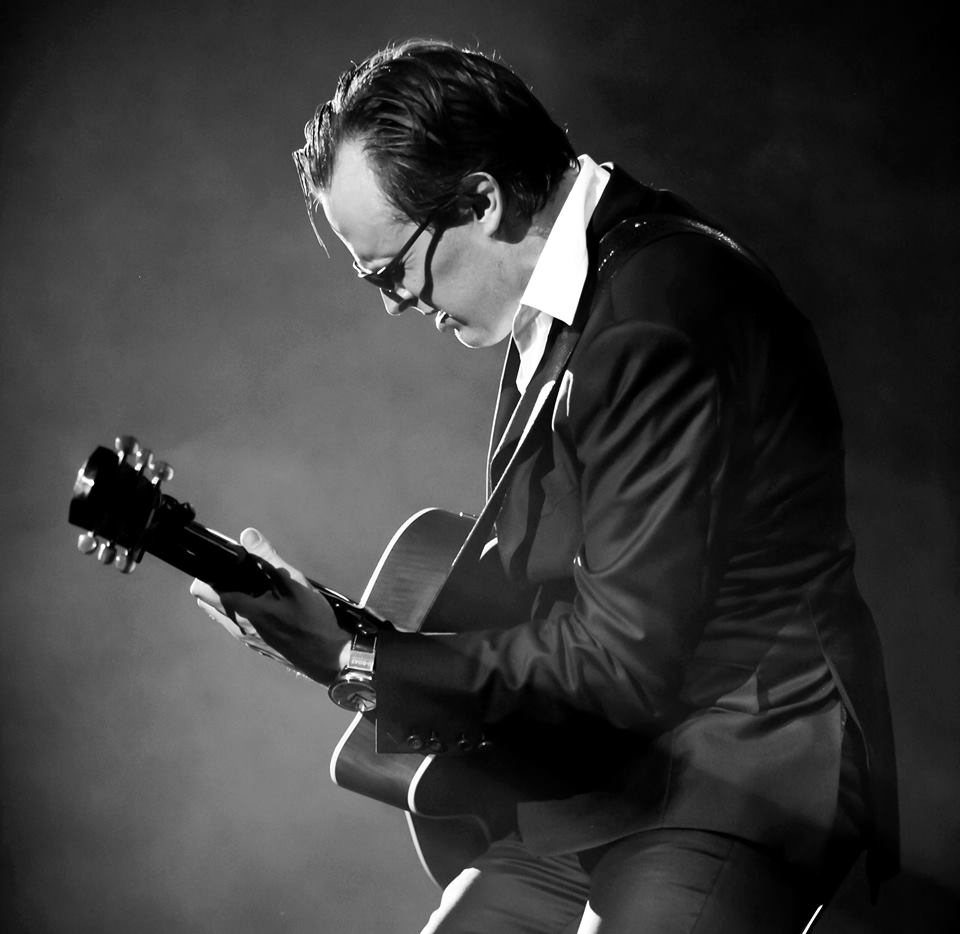 BBR - Hi Joe, Tour De Force has been a very big challenge for you; 4 different London venues, 4 different bands and almost 60 songs to perform. Which has been the biggest memory for you of the entire event?

JB - The gigs went down really well, I was very happy for the way they came out. The three-pieces night was great but also the Albert Hall, in which everything culminated altogether: the acoustic band, than we did the electric band...It was really happening! The blues night was a lot of fun as well. I was very happy; we are not going to do that again but we made it work, although it was a lot of work and a lot of pressure.

BBR - London is a second home for you outside USA; did you choose the UK capital as a sort of "thank you" to the fans for the support received throughout your career?

JB - Yes, I think it was an unconscious decision from me and on the same time, the people of London chose me, in a sense that they were able to sell out the venues. For me, it was really a big event to go to London and play my favorite music in the city that kind of invented it. Certainly, it has been a special moment and a very special way to put a punctuation on the Tour.

BBR - In 2013 you decided to concentrate your attention on live recordings as a solo artist; is there a new record planned for 2014?

JB - Yes, we have been in the studio in January and we have recorded for a couple of weeks and it has been a lot of fun; the album will be released sometimes in September this year. It has been the first year in a long time that I have taken off making a studio album; so, I'm excited to feel what a couple of years off recording does to the actual sound of my music, whether it will come back to me stronger or in any other unexpected shape. Time will tell and the response from the fans too. You know, never forgone conclusions, some records happen just like that and that is what make them really special.

BBR - How surreal has it been for you performing at a small venue like The Borderline during the Tour De Force, with a 200 people capacity in comparison to the several thousand that come and watch you play any other night?

JB - Well, to be honest, I played more gigs in that sort of capacity than with more than 200 people throughout my career. I am very much at home on those type of stages and in front of small groups. I like the immediacy and I think the fans love that too; I also think that it was great for the people that have been there for so many years to be at that show and to go back in time watching me performing materials I was doing at the time; to see the look on their faces when we were doing those songs was truly amazing. I never gave - to this kind of stuff - a second thought, but I saw what it meant for all this people and that was really very special. It was like going back to my roots, to the point I was very much touched by the whole thing, very touched.

BBR - The Tour De Force event has been a celebration for all your fans; at the Hammersmith Apollo I bumped into people coming from USA, Germany, Holland among others. Does any music career get any better than yours?

JB - Oh yes, absolutely! I am very blessed that I have fans in my life that are extremely loyal and travel around my gigs; they are extremely loyal to me as I am to them; they know I would do anything for them as I know it works in the same way for them. It is a very special bond that we have; they come from all over and is such a great feeling to see them time and time again.

BBR - Joe, how much does your love of the blues still manage, after all these years, to keep you firmly in touch with your emotions?

JB - The blues is always that kind of music that sees through you in the way you play it. I am always going to be rooted in the blues and in the stuff I grew up with. It just depends by how you look at the music and how you feel and address it and play back as it comes. We did a song called "Stop!" some years ago, a stone cold pop tune that Sam Brown sang and when it came out, it did in a blues form to show that my initial love for the blues always come through. 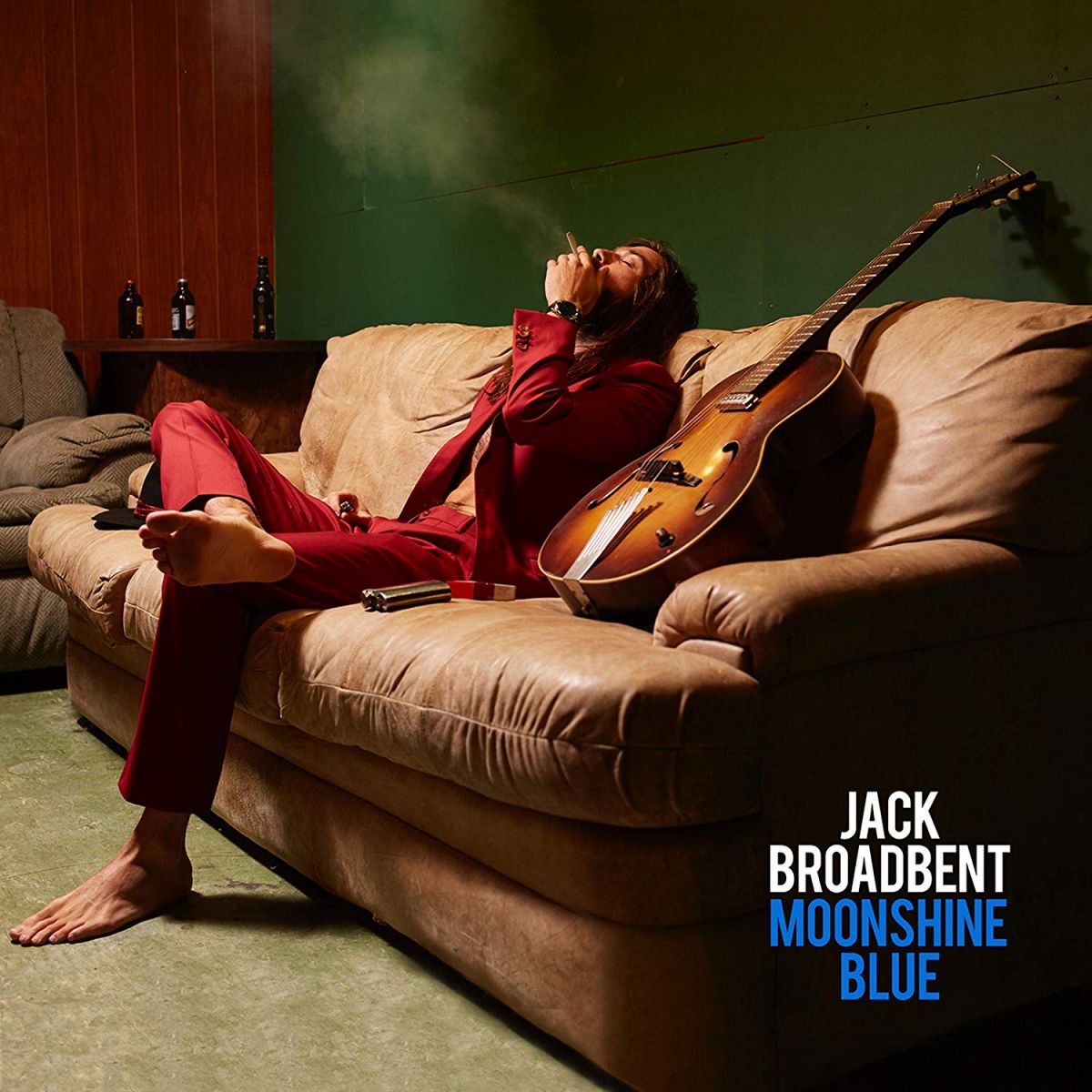 BBR - You must have a phenomenal wardrobe! A shirt for your solo career, one for Black Country Communion, another one for the Rock Candy Funk Party project, a different one whilst working with other artists such as Beth Hart. How many different shirts have you got still hidden waiting to burst out?

JB - (Chuckles) You know, all the collaborations I have done have been for things that mean something to me; stuff like these, if they don't mean anything to me, they'll never work, it's not really something you want to pursue. Take for example the Beth Hart collaboration; that really meant something to me. I was so chuffed she wanted to do something with me and the result was just great; just listen to the live album in Amsterdam, she is just phenomenal!

BBR - On your Fall Tour, Italy, one of the countries you love the most, was not included in the Tour schedule. Will the Italian fans have the chance to see you live in 2014?

JB - We did a couple of shows in Italy last spring and we have done a couple more early this year too. We get down there quite frequently and I always have great gigs in Italy and very good runs.

BBR - Joe, is it true that Kevin Shirley, your producer, threw the idea of the Tour De Force challenge in what you called "a moment of weakness" whilst eating noodles?

JB - Oh yes, it is very true 'cause I was not paying attention at what they were saying at the table; I just did a big gig at Montreux and had other things in my mind so I just said without thinking clearly "Yeah, let's just do it". Certainly I shouldn't have paid for the noodles in the end!

BBR - Your talent as songwriter is developing more and more with each passing album. But which criteria do you follow in choosing tracks to cover in your records?

JB - Definitely good lyrics; lyrics are the right start. You cannot write music without having good and meaningful lyrics, so that is a key element for me.

BBR - For your own admission, you spend nearly 240 days a year between recordings, songwriting and live performances. How difficult is it for you to balance your personal life and your passion for music?

BBR - Joe, in a very distant distant future, what would you like to have written on your epitaph to best describe who you were to the future generations?

JB - I don't know; I just think that to me it is a honor that people love my music. There is certainly no pretense behind it, no master plan, it is just what it is. I am always kind of shocked that there are people that want to talk to me, especially media and they may get sometimes this notion that I am a kind of stand-offish type of person but it's nothing like that.

BBR - Joe, many thanks, it has been a real privilege to have you on Bluebird Reviews.

JB - Cheers, Gio, I appreciate it, we will have an early gig tonight so we go for dinner...not like you Italian guys that don't start thinking about dinner before 11pm!

P.S. Many thanks to Roy Weisman and all at J&R and Mascot Label for the interview and to Deb Hebert, Yvonne Mercier, Rick Beck, Sergio Mancinelli and Carlo Elli for the inspiration. About Our Author and Executive Editor:

Originally from Italy, Giovanni "Gio" Pilato, Executive Editor of BBR and Freelance Music Writer has moved to UK from Italy in 2002. With an enormous passion for music and life in general, his interest in media & communications began at 11 years old. He worked briefly for local radios in Italy, in his youth and did a one-off radio show on 2007 for BBC 6 Music Radio in Uk.

Joe Bonamassa: An Acoustic Evening at the Vienna Opera House

From A Fan's Eye: Joe Bonamassa at Louisville Palace

Joe Bonamassa at Hampton Beach, with Special Guest, Johnny A.