The Bright Side Of The Music: An Interview With Robben Ford

The Bright Side Of The Music: An Interview with Robben Ford 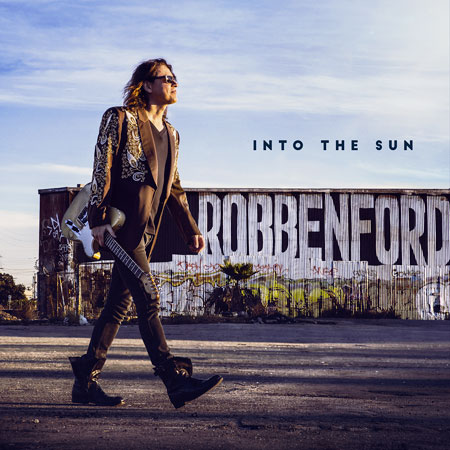 Artists are often defined by the level of class and versatility they are able to put in their works through the years and the ability to diversify their style, by keeping it constantly fresh and modern. In essence, to be able to be one step beyond the ladder of music geniality to anybody else.

Robben Ford, without a shadow of doubt, belongs deservedly to the very top of such ladder and an album like Into The Sun is a clear mirror of his incredible talent. An album of many layers, elegant, surprising at times but always upbeat, in a way that just the American guitarist is able to create.

It's my second meeting with Robben and today, he looks very relaxed and excited, at the same time, to see how people will react to the release of his new album. He greets me in a very good Italian and my first question to him is, whether the album title is related to the contemporary sounds used on the album or there is a hidden meaning about calling the album Into The Sun. "I am sorry to disappoint you", says Robben, "but the title's idea came from the photoshoot. We did series of shots of me walking into the sun and that is where the idea came from. My initial thought was to call the album Flow but after watching the shots we did for the album cover, I thought that Into The Sun was a fit name for the album".

The last album that Robben recorded last year, A Day In Nashville, was, as the album title may suggest, recorded in just one day. Often artists have a restrict length of time to walk into a studio and record their albums. On Into The Sun, though, Ford had the opportunity to work on the album for a longer length of time. "It was actually nice to have more time available to be spent working on the album. I like to think of my work in music a bit like painting, I feel it is a sincere analogy to me for making music. Certainly, in the context of recording and writing, I feel a bit like a painter; splashing colors, introducing light or more heavy aspects, or even quick and slow aspects. So, as you can imagine, one needs time to balance all these shadows, colors and lights. Through time then, the picture itself will tell you what colors need to be changed or aspects perhaps re-defined and having the time to do so, is certainly beneficial. The more open you can be about a song, talking to you, the better. It's the music that will guide you along the way".

The album is full of change of tempos, swinging from Soul to Jazz, even almost Pop through the splendid duet with the young ZZ Ward. Justified though, the track containing the guest appearances of Keb' Mo' and Robert Randolph, is perhaps, the most cathartic moment of the album. "Almost two years ago, I had the idea for this song. Just the song title and the first few lines and choruses. I made many attempts to write the rest of the song, but just it would not come to me. When I had this new album in mind, I almost desisted to finish the song by myself. Then it all flew and when I think about the lyrics, it feels almost more like a movie than a song, a situation that is falling apart in a couple, telling that "it's all Her fault". When I sat down to finish it, it came pretty freely and it felt really good".

The American guitarist, among his many talents, is also a world-class music educator. Robben has an ongoing music project called Traveling Dojo Guitar Camp, of which he is very proud. "On my website, it is possible to find all the details concerning this project. The Traveling Dojo Guitar Camp is a project that runs once a year. We started it last year and this time, it will take place during summer time in the area of New York State at the Full Moon Resort. Last year I had Sonny Landreth as my guest instructor, this year we have instead John Jorgenson as special instructor. I have got also the rhythm section of my band, Wes Little on drums and Brian Allen on bass, helping me to encourage bass and drum players to come to the camp because we feel there is plenty to learn by such great musicians as the ones I mentioned. The project is set in a way that we can plan the students' music experiences at the Camp according to their needs. There is a rhythm section class every day at the Camp and the students have the opportunity to learn how it is working and playing with a rhythm section by stepping on stage and sharing it with the musicians themselves".

Into The Sun sees Robben collaborating with several artists, both in terms of songwriting and playing. "The whole notion of having these collaborations on the record was my Management's idea. I warmed up to the idea so we discussed about it and who my guests might have been. Keb' Mo', Warren Haynes, Robert Randolph and Sonny Landreth were for me a straight forward choice. They are people I know, I respect and like and the idea of having them playing on the album was the perfect fit. My Team also suggested ZZ Ward and Tyler Bryant, with which I was a bit unfamiliar with both, so I had to do my researches on them. I saw videos of both on YouTube and I was suddenly impressed with those artists. ZZ Ward was also perhaps the most unusual collaboration on the record, being her a Caucasian, female singer. I was so impressed by her talent that, by working with her, it gave me the opportunity to write something very different from my usual style, especially as a duet kind-of-song concept. She was also the sole artist that came into the studio and recorded live, in the studio, with myself and the band. The tracks with the other guest artists were overdubbed; I had already recorded the songs involving them and once we figured out who might have been the perfect match for this or that song, we sent the music to them. They then added their vocals or instrumental parts and sent them back to me". 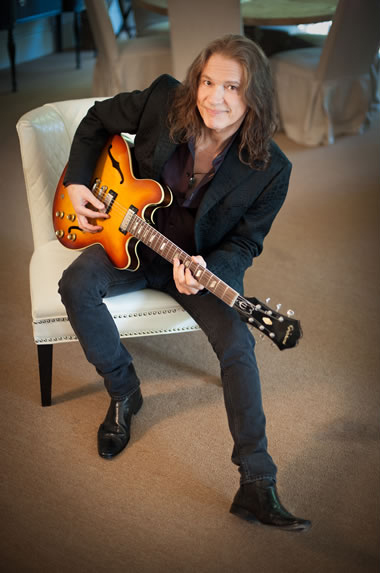 Once finished the record, Robben found the time to join a blues cruise, together with fellow artists such as Joe Bonamassa and Robert Randolph. Wondering how much opportunities like these help the interchange of creativity, Robben replies "I don't think I really have an answer for you on that. The Blues Cruise was most of all about commerce, you know? Something might happen in terms of creativity and, if and when that happen, it is obviously nice. I had good fun jammin the first night with Bonamassa's side project band (Rock Candy Funk Party) but I don't think that, although was good fun, it added more to my normal repertoire, as an artist".

Robben and Bonamassa both work with Mascot/Provogue, a record label that provide freedom of expression and encourage artists to explore their craftsmanship, a rare quality for a record label in the modern music business world. "Mascot is certainly a rare and beautiful thing. The heart of the company is Ed Van Zijl and the great thing about him is that he is all about music. He is one of these rare individuals that has created a very successful record label based on a level of quality of music. That is really a unique manifestation; it's almost impossible to find nowadays an international label based on that kind of concept. I do not believe that is really anything like this out there and I cannot be thankful enough and appreciative enough to Ed and the company for being part of this wonderful label".

Robben Ford has always been a strong contributor in re-defining music genres in the last 40 years and a splendid and eclectic album such as Into The Sun confirms it once more. Wondering where the music is going, as an art expression, in the future is something Robben himself is not hundred per cent sure about: "Tough question. We can only do what we are inspired to do, as individuals. Personally, I have things I am focused on and I would love to see, in the future, the art of songwriting re-gaining its place. People nowadays make a lot of records but honestly, how many great songs are there, on such records? I feel people does not really work hard enough to really make good vehicles for the expression, as in songs, you know? If you don't have a great song, you have got to limit that expression because it will take you nowhere. No matter what you do or how good you are, if you haven't got good songs just do not go that far, there will be not much happening afterward. People sometimes have the feeling they do something good out of something pretty mediocre and they need to understand that we need good songs! I feel writing good songs is like a mission for me, on each of my albums. The quality of a song is the platform to make inspirational music; without that platform, not much makes sense. Maybe this could be a good way to move forward in music, as an art expression, by writing good, honest songs as I try to do always, speaking on a personal level. That is all that we can do, both as artists and individuals, to help music to retain its glory".

Before we part company and let Robben have a well-deserved rest after a very long day for him, I cannot leave without asking him what his last drink tonight is going to be, considering that last year he was singing that "Ain't Drinking' Beer No More". Robben smiles: "It's gonna be a single malt scotch, my friend".

P.S. Many thanks to Lee and Steve at Mascot/Provogue to make this interview possible.

Into The Sun is released on March 30th 2015 on Mascot/Provogue.