Life In The Fast Lane - An Interview With Ben Poole 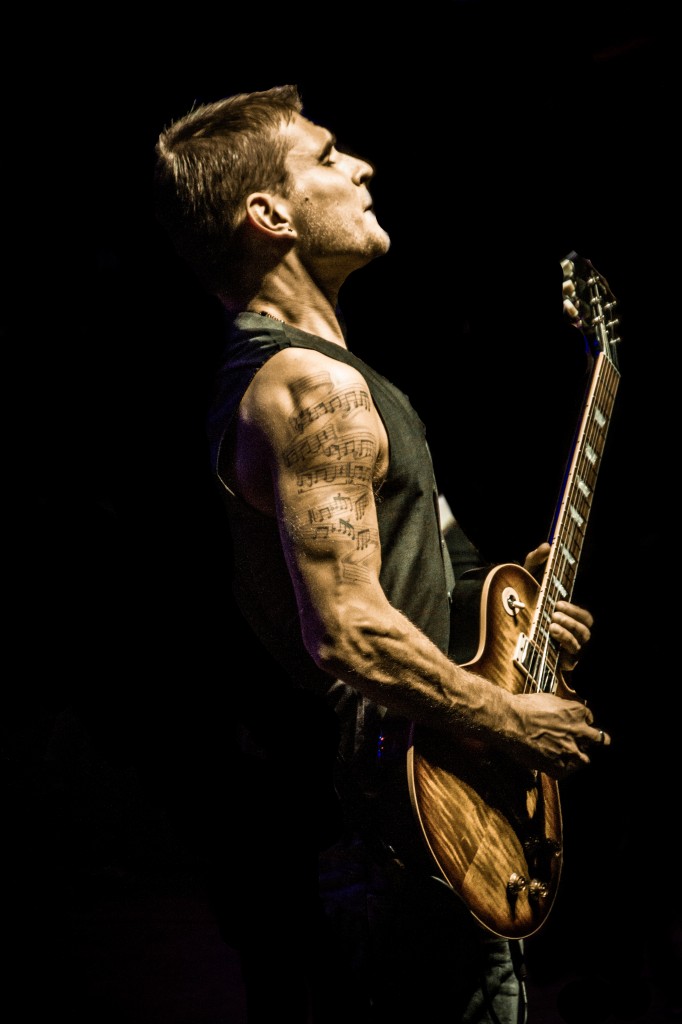 There is a big smile on Ben Poole's face; he has been just told by his Management he is going to play at one of the most important music festival worldwide, which is Glastonbury in United Kingdom. "That is fantastic news. The cherry on the cake after a very long year on the road". Ben Poole from the south of England has been universally recognised by artists like Jeff Beck, Matt Schofield and Kenny Wayne Shepherd, amongst other like someone that has got a very bright future ahead of him. His latest album, recorded live at the prestigious Royal Albert Hall in London, Uk by the BBC, is a fantastic example of his talent and ability in playing guitar and singing skills.

BBR - Ben, to be able to play at the Royal Albert Hall, it must have been a mesmerising experience for you. Which are the fondest memories you have about that special night?

BP - It was a real honour and privilege to be standing in that building and to have the opportunity to play guitar in there, where so many incredible fellow guitarists have been before me. I remember to have seen artists of the calibre of Chris Rea, Eric Clapton, Joe Bonamassa in the past, wonderful times. To be honest with you, I didn't feel that much pressure whilst on stage, as I thought I was going to have. I guess the reason was that we never planned to release it as a live cd, that was never on the cards, at the time. That was something that came later on, when we realised that the BBC had recorded the entire show and it sounded as good as it does. If I was going to know that performance was going to be released as an album, surely I might have felt a lot more pressure. No doubts myself and the band might have been much more nervous about it. In the end, thinking back at that day, I felt quite chilled and I think that comes across in the way that the album sounds, a very relaxed performance.

BBR - Some of our readers might be aware about your music roots, others maybe not. When and where did you inherit your love for blues?

BP - I started playing guitar when I was about 9 years old. I started on acoustic guitar and I only got into blues when I was 12 or 13. That was the time when I started listening to Eric Clapton, Jimi Hendrix, Jeff Healey and Gary Moore. These were the artists that inspired me the most, at that age. That was my first impact to the blues and when I started to get my head around the genre. Then, a couple of years later, Stevie Ray Vaughan made a significant mark in my understanding and appreciation of the blues. I guess those were the most meaningful moment for me about building my blues roots and where my real inspiration came from to be doing what I am doing, as a musician.

BBR - In the last 12 months, you have been touring together with big names of the blues-rock scenes, such as Matt Schofield and Kenny Wayne Shepherd, among others. Have they provided you with any valuable piece of advice, about being a Blues Man?

BP - Good question. I think, what I took from Kenny Wayne was just his enormous passion and drive by playing guitar. We have been chatting a lot about guitar gear almost every night on the tour and trust me, he would talk to anybody about gear! He is just one of those guys insanely passionate about his instrument. Another good thing I took away by touring with him, it was what he told me about the importance to constantly remember why we do what we do, as musicians. It is important to remember that we started playing music not really for the money but because we had and still have a real love for the instrument. I found so captivating and incredible that somebody like Kenny, despite the fact he has been making music for so many years despite his young age, still has got this burning fire inside of him. And a great musician to get to play guitar with too, while we were on Tour. Working with him and with Matt Schofield before him, have been remarkable experiences. We both like to make music and make some noise, Man! 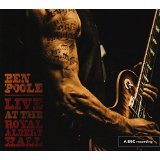 BBR - We know that you have been touring for quite a long time and we were wondering whether you had any chance to start working on your next album or not yet.

BP - I just have been on the phone with my Management before we started talking for this interview. I have been delighted to hear I shall play Glastonbury Festival in few days, which is an enormous buzz for me. We discussed also about my next album. The planning for the new record has been a bit tricky, given the fact I have been for so long on tour. I shall be working, in the driving seat as the producer, with Wayne Proctor, the drummer of the Scottish Blues band King King. The King King have been very busy themselves touring and promoting their new record. As a consequence, as you can imagine, it has been really difficult scheduling dates to start recording the new album. Hopefully we will start soon; I have been writing a lot of new material and we should be able to get together this summer, once my tour is over. And if all will plan out well, I should be able to release the new record either for the end of this year or beginning of 2016.

BBR - The blues that you beautifully play is a genre that has been around, as we both know, for almost a century. Do you ever get the feeling that United Kingdom might be start losing touch a little, with the blues?

BP - I don't think so. The blues is something that has clearly evolved in recent times and people's conception of what blues is, has certainly changed. The fact that this genre evolves in different shapes and forms every time, in my opinion, it helps to keep the genre alive and interesting. And as long as everyone remembers where it all really started, including the UK fans, I am convinced that the love and passion for blues will never burn out. The only way we are going to keep the blues music in the forefront of people's mind in this generation, is by bringing this modern age to it and add some rock or pop sensibility to the genre. The way people perceive blues nowadays is far from the 1920-1930 style that artists like Robert Johnson or Son House were carrying at that time. Without forgetting their lessons though, I would say that blues now is fundamentally a re-interpretation of what those artists taught to us back in the days. I am very positive that the best part of the world, UK included, are not going to lose any touch at all with the genre.

BBr - Recently we had the honour of talking to Beth Hart and she told us that one of her biggest fears is the songwriting block. What's the way you approach a new album? Do you tend to write the lyrics or the music first?

BP - I can completely understand where she comes from. I can tell you there are times in which I am able to write in waves, depending by the mood I am in. Some other times I get into a real roll and write really a lot and sometimes I cannot write at all for long periods, because I can't get inspired. My recording process, normally, happens by writing the music first because, first and foremost, I am a guitar player. Then the lyrics flow in, by starting building choruses, melodies etc. So, in answer to your original question, this is the way I approach a recording process of a new record normally and I totally agree about what Beth told you recently about that kind of block. Songwriting can be very challenging, at times. 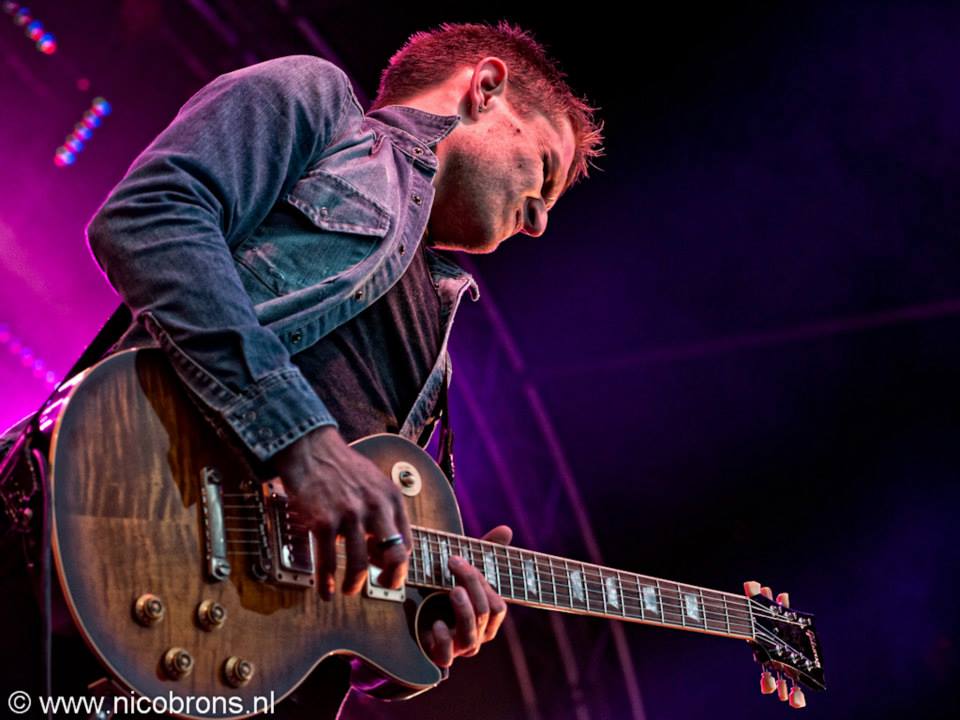 BBR - We know you have been touring for a long, long time several countries in the world. Is there any chance that our American readers at Bluebirdreviews will see you performing live in the States any time soon?

BP - I am pretty confident it won't happen this year, rather unfortunately. Hopefully I'll get back  over next year. I remember I was in Nebraska in 2013 touring and I had a fabulous time there. There will be some serious planning process to be done, in order to arrange a proper tour in the States. When you travel that far in the world, there are many aspects that need to be taken into consideration, from a planning point of view. But I am sure that the time will come soon for me to get back in the USA, I love that part of the world.

BBR - If you had a time travel machine, what would have been your ideal group of musicians, of past and present, you would have loved to jam with on a stage?

BP - Given the fact I have met Chris Layton whilst touring with KW Shepherd and being a massive Double Trouble fan, I would say that Chris and Tommy Shannon on drums and bass would have been the ideal rhytm session for me. Then Steve Marriott from Small faces on vocals.. Wow, how awesome would that be! Or perhaps, the whole of the Zeppelin, Free and Double Trouble altogether on the same stage... Tricky question, Gio!

BBR - Where, do you reckon, is Ben Poole now, musically speaking and where exactly Ben Poole wants to be in 20 years from now?

BP - I like to think that my style of playing blues is not exactly easy to define and categorize. I see my music influenced by many genres, some rock, soul, a bit of gospel, some funk.. In the next two decades, I would love to see myself as exploring even further not just the blues, but also other genres and to be able to diversify my style even further. I admire a lot the way that John Mayall has explored music so many times and in so many different ways throughout his career and through the many albums he has recorded. He would be probably telling you, if you were asking the same question to him, that he would love to be somewhere else, trying something new, musically speaking, in the next two decades. That is the kind of philosophy and attitude I embrace too. I just hope I shall be able to bring my fans with me as well in different musical territories  I would like to explore in the years to come in the same, phenomenal way that Mayall does. I would be a very happy man!

Photos courtesy by Ben Poole's website. Live At The Royal Albert Hall can be purchased via I-Tunes or Amazon