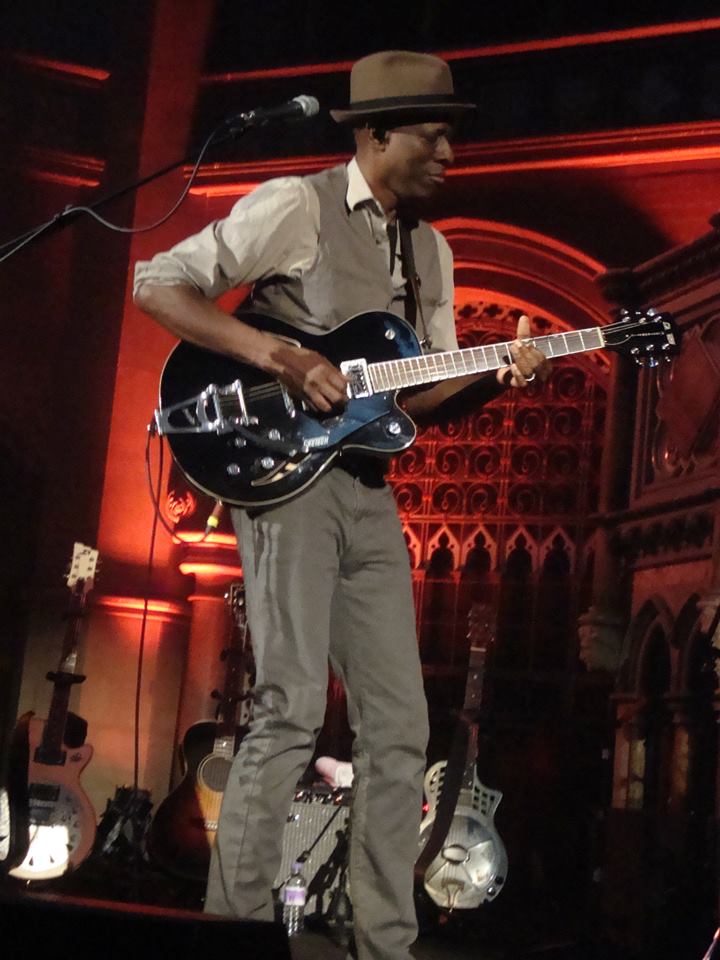 It's a beautiful afternoon in England, when I meet Kevin Moore, aka Keb' Mo',  in that wonderful city that is London. Impeccably dressed as always, the American singer/songwriter has just landed in the English capital less than 24 hours ago, still he doesn't show any signs of tiredness or fatigue.

His latest album, Bluesamericana, not just marks twenty years of music business for this highly respected, three-times Grammy winner but also portraits an artist at the very peak of his artistic growth, both as a musician and as a songwriter. Before we start our interview, we amiably discuss about fashion and good food of Southern Europe and one gets the impression that Keb' Mo' is in a very happy place, right now, in his heart and soul.

BBR - Bluesamericana is a sort of landmark for you. Do you feel, sometimes, that this first 20 odd years of music have gone really fast? Is there any particular memories you would like to share with us about living and breathing music "On The Road"?

KM - You are right, they went really fast but I like to live for the moment. I have got some great memories of all these past years but I don't dwell on them, right now. As I was telling you, I rather prefer to sit and enjoy the moment and the life I am living right now and think about the future. And to know that, maybe, I am creating at this moment in time some new memories I can take with me from now to the next 20 years of my life.

BBR - The album, which is co-produced by you and your long-time friend and musician Casey Wasner, is a true testament of your ability, both as a composer and a musician. Is it true that the record was planned originally to be an acoustic, stripped-down kind of album? If so, how come you changed your mind about the kind of sound that ended up on Bluesamericana?

KM - I think what happened was that I started feeling the songs in a different way. What caused the change of tempo on the album is something that just happened naturally, without a specific reason. I just felt the songs in that way. It all came out in the way it came out. Sometimes, you can not really stop your immediate feelings or intuitions, you just need to let them flow. I started the album, as you said, just with guitar solo and my voice and I wanted initially to bring that kind of atmosphere in my concerts. Then I thought that those songs needed more layers, which make them last in people's mind a bit longer than a purely acoustic number. And in the end, I was very happy I followed my instinct about those added layers on the album.

BBR - The Old Me Better has got that New Orleans Street Parade type of sound. Where did you get the idea to add that particular sound on that track?

KM - Actually, my co-writer came up with the idea of the sound about The Old Me Better. I wrote down the lyrics in about 20 minutes because the subject really matters to me so it came out really quickly (the song is about married life in general). When something is really important to me, I make things move really fast and that includes writing songs too. 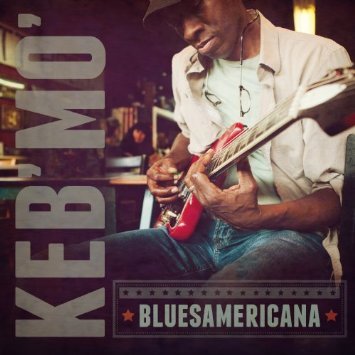 BBR - 12 albums in and your music style still sounds so fresh and inspired. How much has, collaborating throughout all these years with many famous fellow artists, contributed to your artistic growth?

KM - D'you know, I don't think that is about the number of artists I have worked with that is the real secret. It is rather more about the blues artists that have deeply inspired me, people like Earth, Wind & Fire, Steely Dan, Muddy Waters, Robert Johnson, James Taylor.. All those people have really casted a big influence on me, rather than people I have been working with, I think. I would say that, all in all, despite the fact I listen to other artists playing their stuff, I try to do my own things, musically speaking, without referencing or being particularly inspired by anything or anyone. It is me being with me, wanted to say what I have got to say and sounding in the way I want to sound like. It's like seeing somebody with a fabulous pair of shoes and, rather than asking "Hey, you have got a great pair of shoes, can I borrow them?", I rather prefer making my own shoes in my own way.

BBR - The album is packed with references to love and commitments. Has the record been inspired, lyrically, by a particular stage of your life?

KM - Well, it is more my "actual" stage of life, truth to be told. It is all about actual stuff happening in my life. Being married is like a whole journey, which inevitably, brings up stuff. Like some of my other records, what I have written on Bluesamericana is about this moment of my life I am living, this journey I am into, that I just mentioned. Most importantly, the lyrics come from some place deep inside of me, as always happens with anything I write on my records. So, in answer to your question, Bluesamericana frames a stage of my life exactly as you might have noticed on my previous albums. There is no hiding anywhere or trying to tell anybody else's story. It is just Keb' Mo' talking about what happens in his life and what really matters to him.

BBR - In this record, who is the character that inspired the series of calamities and bad luck on The Worst Is Yet To Come song? Is that a fictional story or a real one?

KM - It is fictional and real at the same time. The reason why I wrote that song was because I wanted to transform a negative subject in a positive one. The whole song is about facing some real tough time but, in the end, one keep saying to himself: "Well, the sun keeps on shining, just like it should. When I take a look around me, yes, I'm doing pretty good". Those lyrics on that song, they sum up pretty much what I wanted to say on that track. 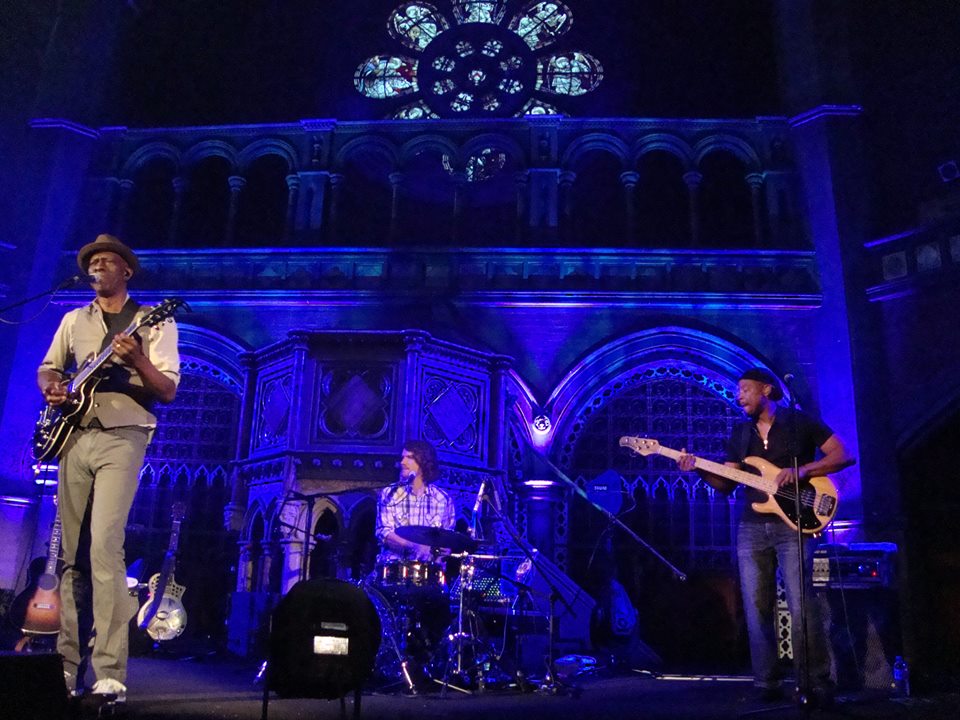 BBR - Kevin, are you still doing some acting or is that something you tried, fulfilled, but you are not interested to explore any further?

KM - I think I have always liked to act but I must confess, I am a terrible actor! Acting is some serious stuff and I don't think I can push myself any more than what I have already done. I think I have done all right for the kind of acting I have been asked to do but it's not something I am particularly interested to pursue any further.

BBR - What Keb' Mo' would have been, without music?

KM - It would have just been music, no more no less. I cannot even start thinking what my life would have been without it. I am just a music type of guy and I guess I always will.

BBR - You have contributed massively and you still do, in the contamination and evolution of music in its entirety, in the past two decades. In the centuries to come, how would you love to be remembered by the future generations?

KM - I would say, I feel more like I have been combining and fusing different music genres, rather than contaminating one. I would love to be remembered, maybe, like a guy that was able to tell good stories, giving positive vibes through his music and make everyone feeling good about life in general.

Bluesamericana is out now and can be purchased via Amazon