The Blues Queen - An Audience With Joanne Shaw Taylor 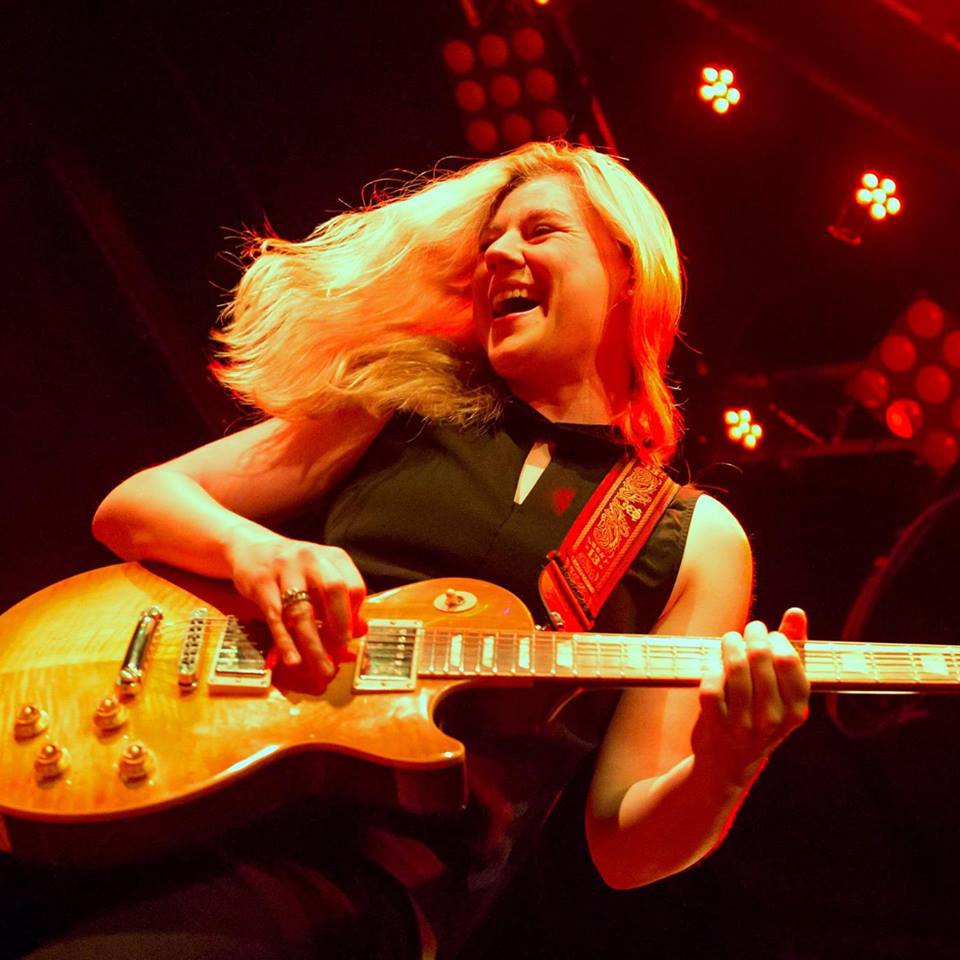 The minute she walks into the room, a big smile runs through her beautiful face. It is a fabulous time in the career of Joanne Shaw Taylor, following the huge success of her new album The Dirty Truth, recognised worldwide as one of the top blues/rock albums of the past year. Bluebird Review is truly honoured to spend few minutes in the company of this incredibly talented blues artist from the United Kingdom.

BBR - Joanne, welcome to Bluebird Reviews. Your last album to date, The Dirty Truth, has been one of the best of 2014. How long did it take to write and record this wonderful album?

JST - Thank you for your nice words. It was actually a fairly quick one to record. I recorded it in about two weeks, in Tennessee. I don't tent to write unless I need to, partly because I can work well under pressure and also, as you can understand, there is never time enough for me, given the fact I am constantly on tour. I remember I took about one week off and I wrote most of the album in about 5 days. I managed to finish as well the rest of the lyrics when we started recording as we were going. A fairly quick, smooth recording process for this album for sure.

BBR - The media have been defining this album as a return to your original sound, which incorporates elements of blues into your stratospheric rock riffs. Surprisingly, though the track Fool In Love is, for me, a classic example of how beautifully you can write a "pop-soul" kind of song. Was this the sound you were aiming for when you wrote this song?

JST - Yeah, definitely. I have such a wide range of influences and listen to so many types of music and I guess that such influences, at times, sneak here and there in my songwriting. I like also, both when I play live or record a new song in a studio, not to write the same tune with the same tempo over and over again, because it would be boring for myself personally and for the listeners. I try to be as diverse as possible within rock, blues and soul genres, genres I see and feel myself in as an artist. I like to think that this is one aspect that people truly appreciate about this record. One other aspect the fans might have liked is the fact that, rather than doing a back-to-the-roots kind of album, I feel I managed to find a good balance among all those genres, which soothes me perfectly, both as an artist and a songwriter.

BBR - You have in your voice that passion and power that resembles great vocalists such Janis Joplin, for example. How much has your powerful and intense voice impacted your journey through life, both as a musician and woman?

JST - I never actually intended to be the singer I am, although I wanted to be because, you know, becoming a blues guitarist, it's kind of traditional in the genre to have a solid, blues voice. It was important for me to learn singing properly but I have got to tell you, it has been a hard road to get to achieve it in the right way. It has been definitely a bit of challenge for me to reach that goal and I hope that I fulfilled that challenge well. From a songwriting point of view, learning to sing in that way has opened up for me new musical doors. I don't consider myself as somebody having a traditional blues voice, more a soul-ish one, I suppose. That aspect has allowed me to expand my songwriting range and write also some soul stuff, songs like Fool In Love, that you mentioned before or Tried, Tested And True. It is a good feeling to know that I have, thankfully, different music colors in the palette and I can adapt such colors to my voice.

BBR - You come from the Midlands, in England. Where is home now, given the fact you tend to travel a lot between Birmingham in the Uk and Detroit for working reasons?

JST - It's a kind of a mixed bag at the moment. It is more in-between Detroit and London, to be honest. So, if we are touring the States, for example, I use Detroit as my home base, while if we are touring the Uk, I have a place in London that I use regularly in the same way I do with Detroit. As you said, between all this travelling, sometimes I wonder why I bother having a place on my own and rather staying in hotels, because I'm hardly ever there. I feel like a pinball sometimes, bouncing wherever in the world my Manager tells me to go and play (chuckles).

BBR - You mentioned to the press that you are a big country music fan. Why have you not recorded a country song yet?

JST - To be honest, it was my original plan to start The Dirty Truth in that way, with a country song. Then I gave up, I didn't feel "country" enough, it must be the English in me! I just cannot sing it with my brummie accent. But yes, I am a huge country music fan, which living in Detroit might have brought in me, having that city a strong country scene. Or maybe the time I spent in Houston might have helped as well to build up my passion for that genre too. Maybe I'll let a bit of country guitar sound to sneak in in some of my songs in future but I don't think I shall ever be able to sing in a country way, I just don't have the accent. I am not sure I could get away with it (chuckles). 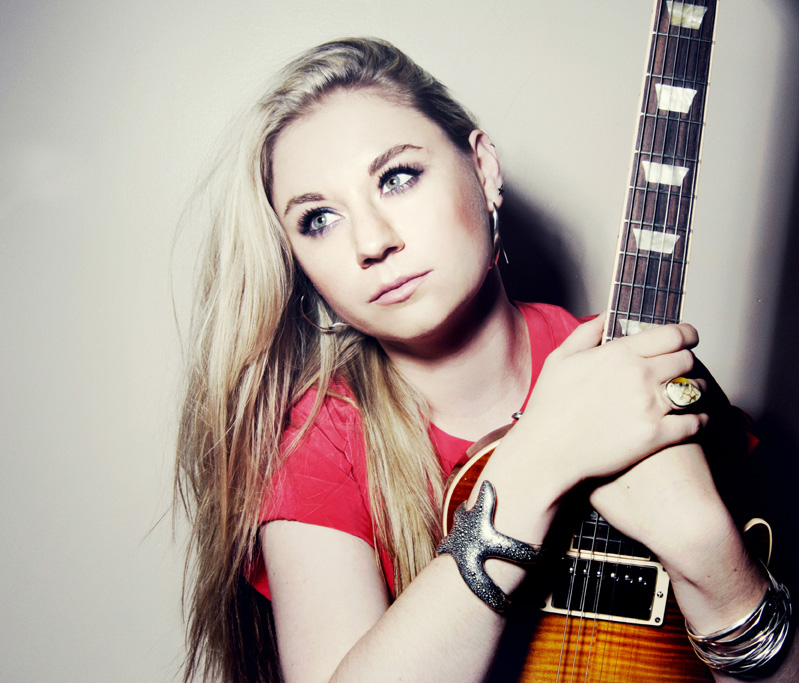 BBR - You have been, earlier this year, on the Keep The Blues Alive Cruise with many fellow blues/rock artists. Which are your fondest memories about that experience?

JST - It was fantastic from beginning to end and what a way for me to celebrate my 30th birthday! I have been good friend with Joe (Bonamassa, the founder of Keep The Blues Alive) for several years now, so to hang around with him and get to see and meet all the artists on board of the cruise ship has been really special. It was the right chance to get to meet properly with other artists because when we are all on the road, we are so busy that just on special occasions like this or at festivals one has the opportunity to interact with one another a bit more. Been locked for 4 days on thew ship, gave me the opportunity to get to know really well some great fellow artists like Ryan McGarvey, Robert Randolph and many others. A great experience indeed and a good detox for me, given the fact that was also my birthday.

BBR - Joanne, you have crossed paths in your career, although in different circumstances with both Dave Stewart and Annie Lennox from Eurythmics. Have you ever listened  to any of their music, given the fact that you have been raised, musically speaking, with rock and blues?

JST - Yeah, I have. I have a very diverse taste in music and my ears are always very open and eager to listen to different music styles. I certainly have to thank my parents for that. When I initially met Dave, I didn't know a lot about Eurythmics because I was 16 at the time and I wasn't really around in that part of the Eighties. Since that time, I have researched his career quite a lot, right to the early stuff from the Eurythmics. I would love to try and cover some of the Eurythmics songs, one day. They have done so many great songs in their career. Both Dave and Annie are very talented songwriters and, on top of that, I am a big fan of Annie's solo career too. Diva is one of my favorite albums ever.

BBR - You are a very prolific songwriter. Considering how much you tour, throughout the year, where do you find the time to record new material?

JST - I find it always difficult on the road, for me, to write. Normally, I would write an album close to the recording period, as a rule. On The Dirty Truth album though, in early 2014, I decided, as an exception, to take three months off for personal reasons. I had lost my mum the previous year and I wanted to take some time off. My plan was, at the time, to use that time off to write and I didn't come up even with one song. Then, when it came recording time, I was three or four days away from going to the studio and recording and then the songs started pouring out. I think I definitely learned, from that experience, to never underestimate the power of panic! I guess that, when I feel I have a deadline, I focus much better on the task ahead and kind of forget about the world outside.

BBR - You will be doing few festival appearances in Europe and in the US this summer, then back again in September in your beloved United Kingdom. Can we expect any new tracks live or will the tour solidly concentrate on the material from The Dirty Truth?

JST - Yes, pretty much. I might put in the setlist a couple of new covers, actually. We are thinking of bringing to the show a stripped-down acoustic segment but we will be solely concentrate on The Dirty Truth and my past albums. Which is quite nice, you know, because having now four albums of original material, factoring that there are a lot of guitar solos, we don't actually play many songs during the shows. Having enough original music material, now, allows me to show to the fans the diversity of the genres I play on my records. I could potentially do four different sets of four different music styles, which is a real nice feeling for me and I guess for the fans as well.

BBR- Joanne, in your career so far, you have already achieved a lot, performed with the cream of the blues/rock worlwide and being universally acclaimed as one of the best blues/rock performers. Are there any hidden dreams that you have not yet fulfilled?

JST - I think there are still many things I could do better, in my life and career. I like to think that there are still so many songs unwritten, locked somewhere inside of me. More guitar solos,to learn to become even a better vocalist or even learn new guitar riffs. I believe it's important to keep thinking there are things to improve, in someone's life and career. I have not managed, with my music, to reach yet some countries in the world and I would love to do that too, in future. I have not even done yet any music collaboration, up to this point and that is something else I would like to look into too, you know. Working with some other artists and see if they can take me down to different music routes, maybe even country artists! How cool would that be, given what we discussed before?

The Dirty Truth can be purchased by following this link: Amazon