Who I Am - An Interview With Chantel McGregor 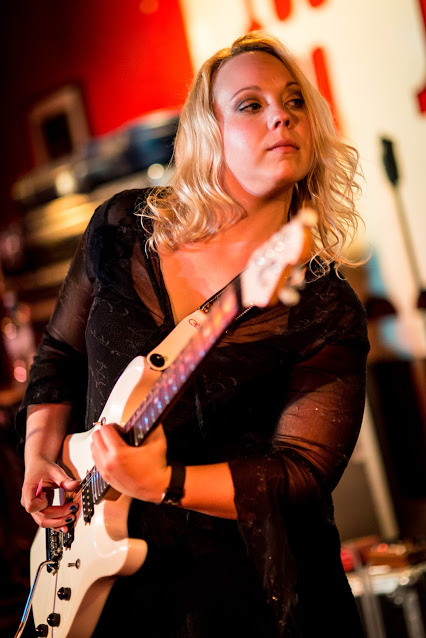 She rocks arenas worldwide through her phenomenal ability on guitar and with her beautiful voice. 2015 has been a very special year for Chantel McGregor. The new album, Lose Control, is a record that McGregor likes to define "Southern Gothic Rock" and marks a new high in the career of the young and very talented singer/songwriter.

Bluebird Reviews has managed to catch up with Chantel McGregor, now that she has just returned from her European Tour and discuss the new album, her career and life in general.

BBR - Lose Control is a very beautiful album that reflects many aspects of your personality, both as a woman and as a musician. Does the whole theme of the album reflect a particular moment of your life or is it just your personal take on the concept of Southern Gothic?

CMG - I think it's a bit of both, because it's something I have been always interested in. So, I would say it reflects rather a long period of time in my life. As a child, I was always interested in scary stories or ghost stories and as I grew up, I just found myself liking television programs like True Blood, or scary movies, voodoo stuff and things like that. So, it is rather a life long period, I'd say! It is something that has always been into me, therefore I thought I wanted to write an album about things I was really interested in. It would be very easy to write, say, ten random songs that have no relations to each other but I just wanted to push and challenge myself and writing about who I am and what I like. A concept album about Chantel McGregor with a little hint of progressive rock, which I really like very much too.

BBR - The first three tracks opening the album dig deep into the rock of the 90's, with that typical heavy and distinctive grungey sound. How much of an impact has that genre made in your musical development?

CMG - Massive, I think. I have always been defined, in the music circle, as "the girl that plays the blues/rock" but as a teenager, I grew up listening to people like Nirvana at school, with my headphones on during class time. They made a big impact on me, as a kid. There were other great bands I loved too, like Soundgarden, Silverchair. I guess that the biggest influence I got, from a musical point of view, was that those bands were playing stuff that were emotionally raw, wild, straight to your face. As much as I admire perfection and technical ability in a rock act, I also believe that you have got to be loud, wild, be yourself and let it go, otherwise your act will sound a bit too cold and soulless.

BBR - Home is one of my favourite moments of the album, in which you showcase even further your great singing skills. Using that song as a mirror, how do you see yourself, musically speaking and as a person, in comparison to your first album back in 2011?

CMG - That is a really personal song. And because it is so personal, it's the perfect mirror of how much I moved on since that time on many levels. My first album was a collection of songs that were written over a long period of time, while with Lose Control, the writing process has been much faster. And talking about Home again, I feel that song shows also how my writing style has developed too, for which I am very proud of.

BBR - The word "Loss" often recurs, when you describe all the different aspects of your new album to the media. How has loss effected your life, Chantel?

CMG - I suppose not that much, really, in comparison to many people out there. I met many people that shared with me, their experiences. They told me about losing family, friends, relationships and I have got to say, I feel really lucky and privileged to have still my mum and dad, half of my grandparents and special people that really matter to me. I guess that it will come the time for me too, hopefully not for many years to come, to lose somebody special in my life and I am sure it will break my heart, as it happened to all the people that told me about their personal losses. I guess that, by writing about loss, I just wanted to write about something everybody can relate to and identify with. An inevitable passage of everyone's life.

BBR - In Lose Control, you have been personally involved in the arrangements, production side and even the album artwork. Do you feel sometimes that this album represents you and what you want to express as an artist, more than Like No Other?

CMG - Absolutely. We were discussing before about my debut album back in 2011 but to me, this feels almost like my "proper" debut album, due to my complete involvement into it. It feels like my little baby. It is so amazing for me to think that I wrote and recorded the whole album in 10 weeks and the whole record was ready and wrapped up few months later. Even things like, designing the artwork in the shed in my garden, makes me feel so proud of what I achieved on Lose Control and how much I managed to express who I really am in many ways. 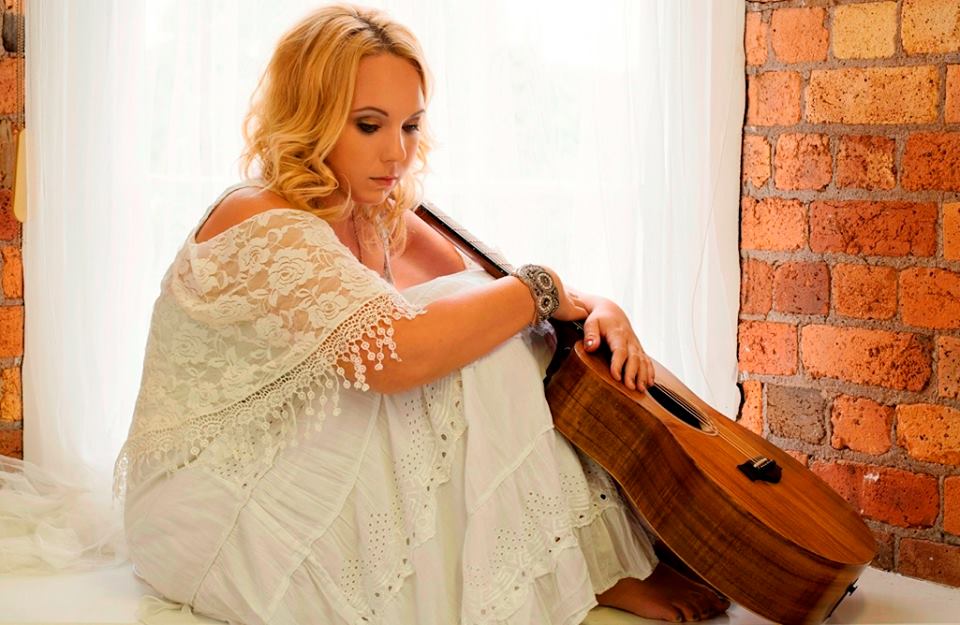 BBR - Was Anaesthetize a difficult song for you to write, given the hard subject (substance abuse)?

CMG - Yeah, I think it was hard, because it is not something I have experienced, you know. I have never tried drugs, not even cigarettes! I have tried booze, that is for sure. But drugs, never. To write about something you never experienced can be a bit difficult, because you don't want to look like somebody really miserable, pretending to write something about you really never went through in your life. The song was more about my personal observation on the subject. I read a lot of books and seen movies about how drugs can effect or has effected people's lives. I just wanted to express my point of view on this matter. I hope I have not offended anybody, by going through these type of issues in my song, from the prospective of an observer.

BBR - We heard you are a fine connoisseur of beer. Give us please your top tip for the best three beers you have ever tried.

CMG - Well, what can I say? Bearing in mind this is just my personal opinion, I would say that good beer it's not about high percentages or where the beer comes from. I like a lot weird beer, stuff like fruit beers. Where we live, there is a place that does some raspberry blonde beer, which is to die for. The Plum Porter from the Titanic Brewery is an amazing one too. Also, there is a beer from Manchester called Boggart Rum Porter, that is one you should try too!

BBR - You have been often saying that music allows you to give voice to your inner feelings and the fact you find writing music liberating. Is there any other art forms able to give you the same emotional response that music does?

CMG - Not really. I think people are different and they all find a different outlet to express their emotions. For me, it is just music. You should see me drawing things, I am terrible at that!

BBR - There are a lot of different layers, on your new album. Sometimes it gets darker, sometimes spiritual, sometimes melancholic. You do come across instead as a very outgoing person, full of life and very bubbly. Which of the two is the real Chantel, the one we see in live shows or the one you sing about in your songs?

CMG - I think both! (giggles). It may sound like I am crazy but it's just the way I am. I think we all have two different aspects hidden inside of us. I guess you are just different, say when you are with different people, for instance. You may be a completely different person, going out with your mates in the evening than the person that the next day is watching Eastenders (long running British TV drama) on television! It's just depends on the situation. For me, when I am writing, I tend to be a bit melancholic, even a bit miserable sometimes, solitary confinement type, that sort of stuff, sitting in the dark, surrounded only by candles. I don't think that the crowds though, at my shows, would love to see me like that. As a consequence, the other Chantel needs to come out and be entertaining, lively and sparkle a little. As I said, it's all depending by the moment or the situation. It's like two sides of the same dice. It just depends on which side the dice is going to roll in that moment.

BBR - Are you planning to tour America as well you did recently in Europe anytime soon for Lose Control?

CMG - Myself and the band have been touring the UK in October and then in November we embarked on our European Tour. The fans were brilliant everywhere, no matter where we were playing or which part of the world we were playing. We will be doing few shows in UK too in December. For what concerns America, I would love to Tour that beautiful part of the world. One day is going to happen for sure.