Brothers Beyond Blues - In Conversation With Stevie Nimmo & Ben Poole 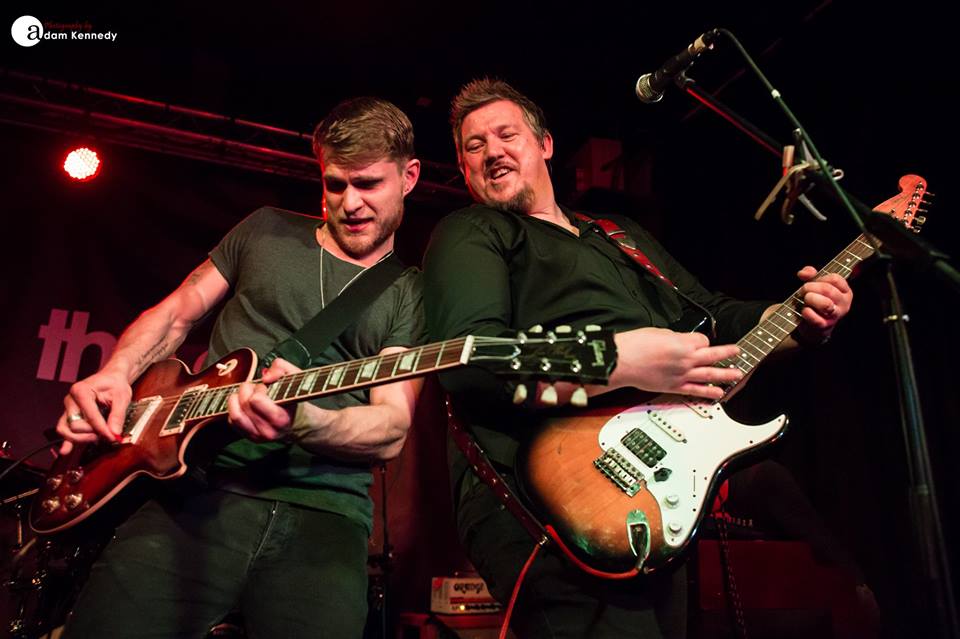 The moon in Uk tonight is more brighter than the normal, in this beautiful evening in Farnham, South of England. It may be because, paraphrasing the title of the album of one of tonight's performing artists, the Time Has Come for the british gunslingers Ben Poole and Stevie Nimmo to join forces and take on tour together their new albums Time Has Come (Ben Poole) and Sky Won't Fall (Stevie Nimmo).

When The Northern Light (Stevie) and The Southern Breeze (Ben) get together with Bluebird Reviews to talk about their tour together, one gets the immediate feeling that this is something that these phenomenal blues/rock artists wanted to do for a long time. (Nimmo) "The idea came up quite quickly. Ben was already with Manhaton, our record label and when I joined in as well, it was like: "Two musicians, using the same musicians as our rhythm section, having two records being released more or less at the same time. This is so obvious, why we shouldn't go on a tour together?". (Poole) "It was such an obvious thing to do together indeed because, as Stevie was saying, we were sharing the same rhythm section on our respective albums and artistically and financially it was the most wise choice to do too. Plus, it gave us the opportunity to do something special together, at the end of our personal sets every night. Despite the fact that we play our music using different styles, every night it was always special to finish the show together combining our styles together on stage. We really enjoyed working together on this tour and we hope that the fans had the same feeling too".

To share the same stage, for Poole and Nimmo, might mean as well to change the setlist they play every night fairly often, especially now that they both have new albums out. (Nimmo)"My setlist has been pretty much consistant from the beginning of the tour. I picked what it was, for me, the right mix of some of my older material and stuff from my new album. What it really changed, every night, was the way that each song started, then developed in something very unexpected and ended up in something even more unexpected. Some songs have some kind of structure on which it's dificult to  escape from but other songs haven't and you just can play the latter exactly in the way you are feeling in that particular moment. To let it loose according to the way I feel every night, that it's the best way that it works for me on stage. (Poole) "I feel pretty much the same about improvising on many songs, as Stevie often does on his sets. Also, should one of our sets go on for a bit longer than what we initially planned,for any reasons, I don't know, because of a little banter with the crowd or a guitar solo that went on for a little longer, there is never any big deal or any argument between the two of us.  Because we both know that, sometimes, when you really feel a special bond with a crowd or something magical happens on stage when we play our sets, you just have to let it flow because it's right to do so. We both respect so much one another and we don't mind dropping one song in our setlist in favour of the other, when that happens".

To talk with incredibly talented artists is a trye joy. There are laughters, banters and smiles all around. With such great friendship between the two guitarists, BBR wonders what they have learned from each other, by touring together. (Nimmo) "That he needs to practice a lot more! (chuckles)". (Poole) "I was going to say the same thing about you! (giggles). Seriously, it has been such a big honour to watch Stevie playing and singing. I have certainly learned few tips about techniques on vocals by watching him every night on tour. The camaraderie between artists playing this genre is something truly unique in this business. There might be one or two exceptions, sometimes, as it always happens everywhere but on the whole, all the people and fellow musicians I have come across in this business have all been extremely generous with me and there has always been great support between one another. No egos, no competition, just the desire to play our music and support each other. We all try to make a living as well, at the end of the day, so what is the point really to fight one another?". (Nimmo) "The mutual help and respect between artists is the key to be able to keep playing our music and share it with our fans. You may have noticed as well that, on this tour, the two of us are neither the support nor the main act of one another. It has been like this since Day 1 and it will be the same way until the end of this tour. We even help each other with tips during the sound-check, with things like, say,  "This mic sounds better positioned elsewhere" or stuff like that. It’s on those little but important things  that you see the mutual respect and the appreciation of what we both do as artists and friends. We want our shows to be good, to sound good and we would do anything we could to help and support each other in the best way possible to make that happen". 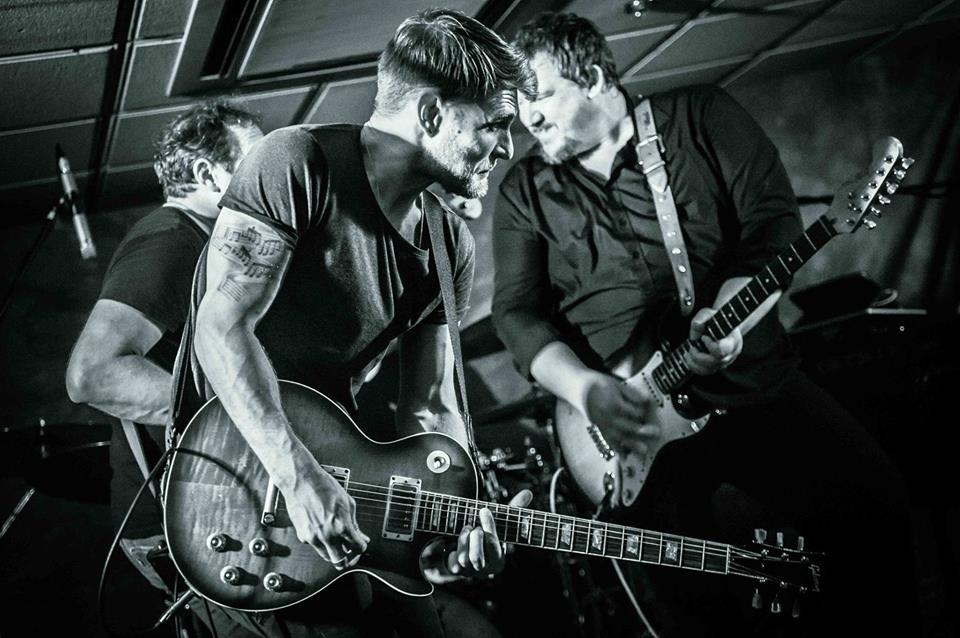 To tour together is often the perfect opportunity to write some new material together that may end, perhaps, on the two British artists' next records. (Nimmo) "We almost did it for Ben’s album, you know. It was discussed before this tour took place but it didn’t happen. My point of view has always been and still is that I want to write a song WITH someone rather than FOR someone. I like the feeling of being in the same room with the fellow artist I collaborate with, to get to know that person, know what he is like, know what he sounds like and then start writing material together. I am sure that, to write with Ben is something that it’s going to happen soon. We know each other pretty well by now, I know what he sounds like and on that respect, to be on tour together has been very beneficial for both of us". (Poole) "To work together is something we spoke about and Stevie said he’d love to help to write some material with me in future. Stevie has got such a natural flow, an ability to write lyrics that, I must admit, it is something I struggle with, sometimes. Stevie writes his whole material all the time and he is very gifted. When I write new songs, I may need sometimes the help of external songwriters to write lyrics on some of my songs. To write something together it’s something I definitely would love to do with Stevie and I hope it’s going to happen soon".

The Stevie Nimmo & Ben Poole Tour has been a highly successful one, as expected, so perhaps now that the tour is over, it is a good time to relax a little or maybe are these two hugely talented Blues/Rock Brothers starting to tour again straight away? (Nimmo) "I shall take some time off and play in a couple of festivals this summer. It will be a fairly relaxing summer for me, not overloaded with tour dates. That was a deliberate choice, because I like to live my life as well. Balancing personal life and work is very important for me. In September and October I shall be busy like hell and it will be great playing with Robin Trower on some dates. Then in November and December I shall be touring around Europe, than back in UK and France until 2017. As you can understand, I shall be so busy that a summer break it's really very much needed for me to have the batteries fully charged for what it's going to happen next". (Poole) "I'll have a little bit of time off myself too after this tour, because the last four-five months have been insanely busy for me. After this little break, I shall be playing few festivals outside the United Kingdom, in places like Spain, Germany, Austria and France. In September my European Tour will kick off and I shall be touring several coutries including the United Kingdom in October and I cannot really wait to be back On The Road full time. You never know, myself and Stevie may cross paths again anywhere. After all, the world is much smaller than what many people think it is!". 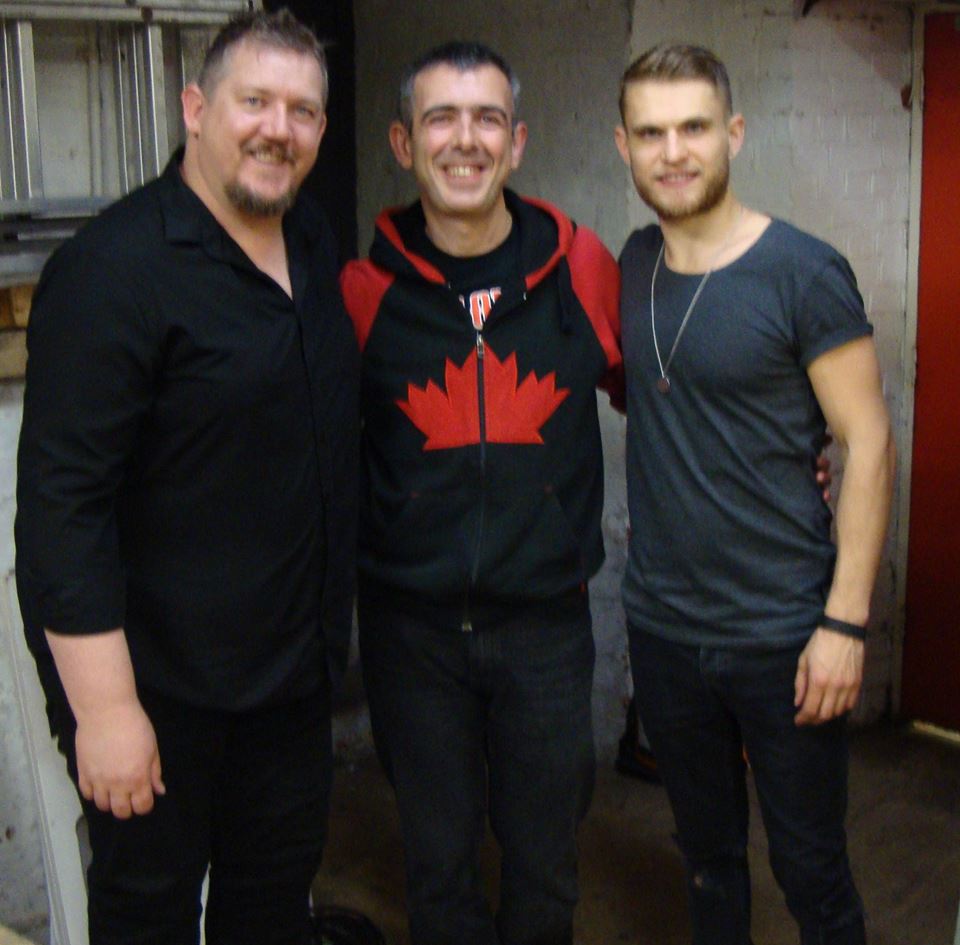