Under A Texan Moon - In Conversation With Jarrod Dickenson 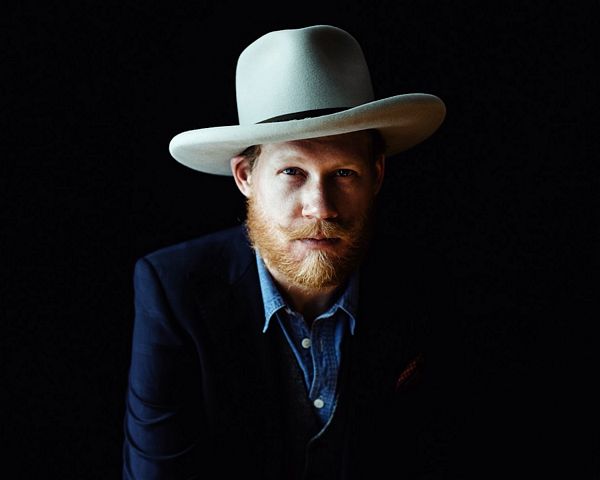 Sometimes you cannot just help fate. Despite starting playing guitar at the age of 18, something that few would consider a relatively late stage in a musician's career, Texan folk/country singer/songwriter Jarrod Dickenson found himself in the space of few years and thanks to his many musical talents, to open up tours for artists of incredible stature like The Waterboys, Don McLean or Bonnie Raitt, just to mention few of them.

His 2012 album The Lonesome Traveler was a real triumph in many ways. Highly appreciated by both music critics and fellow artists too, The Lonesome Traveler gave Dickenson massive exposure, allowing him also to take part to some of the greatest music festival worldwide and, consequently, to be known by a wider audience through the years.

Dickenson's new album Ready The Horses, carries a curious story behind. The album was virtually ready to be released almost a year ago and Dickenson himself was already playing some of the new album's songs during his live performances. Then some mysterious delays took place and, when many fans started wondering what was happening with the record and its release, Dickenson surprisingly announced later in 2017 that he had signed a record deal with the major label Decca, which was now going to release the record towards the end of 2017.

Decca spotted clearly a great opportunity by signing Jarrod Dickenson. Ready The Horses is the perfect follow-up to The Lonesome Traveler's album, because mirrors exactly the artistic growth of a musician that has expanded his tried-and-true folk-esque, raconteuring style with layers of swing and soul that help to enrich even further the quality of his unique singing style and the talent he possesses in penning songs of great emotional depth.

When Bluebird Reviews meet the Texan-born artist, who has recently moved out from New York to go and live in Nashville with his Irish wife Claire (who frequently tours with her husband as a backing singer), Dickenson is just completing his United Kingdom Tour, a part of the world that it is very close to his heart for obvious, family reasons.

Ready The Horses, Dickenson's new album, displays many more artistic angles of this very talented musician and our website is curious to know whether the new album's songs were ready prior to enter the studio and cut the record or did any of the songs see the light of the day in the studio during the recording process. "They were all written before going in the studio. A couple of the album's songs were finished just few weeks before entering the studio so I was writing right until we went in and cut the album. The arrangements certainly came together in the studio in a way that we didn't necessarily anticipated but we were very pleased with the end results".

Dickenson left his native state of Texas in the United States few years ago and the artist has rarely spoken about the influences he might or might have not received by his family in an early stage of his life or whether his parents have always been very supportive of his artistic direction. "Yeah, my family has always been very incredibly supportive. I am not sure that I necessarily came from a very musical family but music was always there, in my parent's home. My parents both took piano lessons when they were kids. My dad was a drummer in college but by the time I came along, they were just music fans and nothing else (smiles). I grew up listening to my dad's records, which were The Beatles, The Stones, Derek & The Dominos, Paul Simon, Bob Dylan, Jim Croce, that kind of thing and from there, I went more into the blues, listening to artists like Muddy Waters, Howlin' Wolf, B.B. King and the list can go on for days. I am always discovering different things, whether it's Big Bands kind of stuff like Sinatra, Count Basie, Duke Ellington or rather great soul records of the 60's from artists like Solomon Burke, Otis Redding. I guess you can say that my taste in music is rather eclectic, to say the least and that is indeed true!".

One of the great qualities of the new album is the way in which Dickenson draws, in his songs, inspired vignettes of daily life more than in any of the singer/songwriter previous albums. There must be certainly, within the songs included in Ready The Horses one or two songs closer to Dickenson's heart or evoking in him special memories. "That's a tough one. I would say the most autobiographical song would be the closing track, I Won't Quit. It's a song that I wrote for my wife and I. We have been married for a couple of years now and it's an amazing, beautiful thing. But as a guy, it also means that I am constantly trying to figure out how to not say the exact wrong thing at the exact wrong time (smiles). That song kind of came out of one of the many moments where I put my foot in my mouth. But as far as the songs on the record that mean a lot to me, I would certainly say that I Won't Quit is one of those. There is also another one called Gold Rush, that I wrote with a good friend of mine, David Ford and that was one that, I'd written the song and I had a vague idea of what I wanted it to be when we entered the studio, but it just became suddenly this entire, beautiful different thing, something that we were all very excited about. I love the idea of songs changing shape and this is one of the reasons why we record in the way we do an album. A group of guys, all assembled in the same room together, playing together, that feed off of each other, with different ideas emerging at the same time in the same place. The guitar player might be doing one thing, the organ player might be doing a different one and then everybody follows in. A very healthy and organic way to work for me".

Ready The Horses was recorded in the United Kingdom with a group of very talented musicians. Bluebird Reviews is wondering whether the musicians had been working with Dickenson before on previous albums or were they all new musical acquaintances. "Few of the guys touring with me have been working on the album and I have known them for a long time indeed. I met Chris (Jacobie), the bass player, in Texas (he is a fellow Texan). We went to college together. JP Ruggieri, incredible guitar player, he is a mutual friend through Chris. The drummer, Joe Haddow, he is from Eastbourne originally, which is where we recorded the album and I've got to know him over the years. The only musician I had never met before entering the studio, recording Ready The Horses, it was the organ and piano player, Mark Edwards, which is a local Brighton guy, wonderful person and incredible musician. He did an incredible job too, on the record, together with the other musicians and recording this album with those guys was something really special". 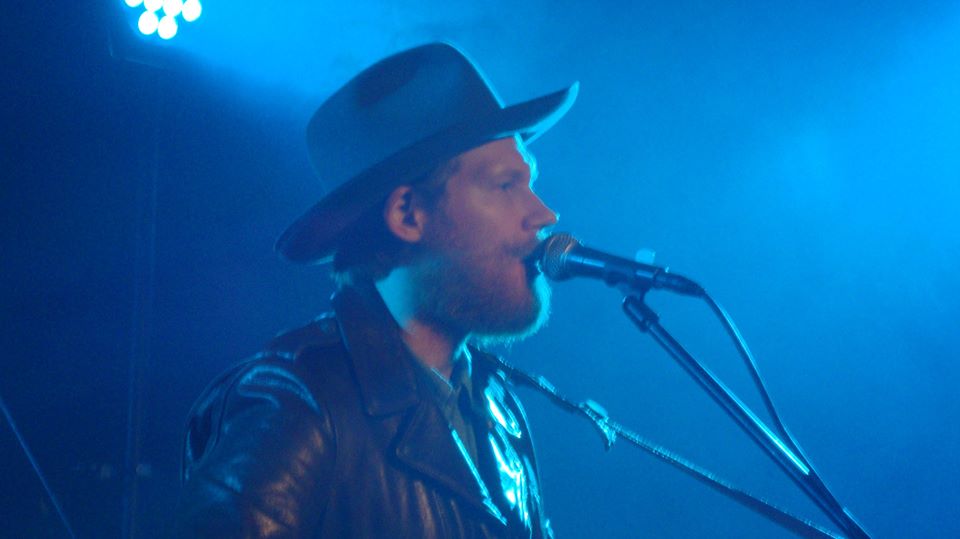 On the subject of touring and Dickenson's relationship with the United Kingdom, the singer/songwriter has been a great admirer and lover of British music for a very long time. The crowds in that part of the world seem to embrace hugely his music style and his wife Claire is originally from Belfast. We ask Dickenson whether he believes in kismet or does he rather have the feeling that life is towing him more and more towards the United Kingdom in a beautiful and mysterious way. "I think that what you are saying it is absolutely the case. It has been a fun journey to see how it's all worked out, how I met my wife when I was touring, the way I made some truly great friends and certainly found a very welcoming and appreciative audience over here in Uk. I don't take things like these for granted, it's a very wonderful thing to have people that want to hear your songs and to hear your stories and I truly feel blessed by the warmth of the crowds here in Uk".

Among the many beautiful tunes of the album, the one called is A Cowboy & The Moon is the song that displays the most the close connection of Dickenson to his Texan roots. Given the fact that the artist has relocated elsewhere in the past years, our website is wondering how often does he manage to go back and spend times in his native state and how much does his birthplace influence his approach to music and his songwriting style. "I don't get back often enough, that's for sure. My whole family is still there and I am the only one who left. I don't get back as much as I like to but, on average, I try to do so two or three times a year at least. I would definitely say that, after leaving Texas, living for some time in New York and spending a lot of time over here in Uk, I think that my Texan roots are coming out through my songs a bit more than they did before. I am not sure whether it is home sickness or nostalgia setting in. It certainly influences the way I write and the way I try to create stories through my songs".

Before parting company with Dickenson, due also to the fact that Showtime is fast approaching to the last night of the UK Tour and the artist has to get set for the concert, we are just curious to know whether any of the artists of incredible magnitude that he has been touring with in his career so far, have given to Dickenson a particular advice about making music. "I would say (and I am not sure whether you can call that necessarily an advice or not) Bonnie Raitt. I got to do a tour with Bonnie time ago, opening up for her and you could just see the sheer joy that Bonnie has whenever she gets out on stage. After all these years, after playing every imaginable venue in every country for many decades, you can see that she clearly still loves doing it and she is not doing it because she has to or because she has to pay a rent or things like those. She's doing it because Bonnie just loves to sing songs, loves to make music and it was so inspiring for me to see that somebody of that caliber, that has been out for that long, still loves making music and that is the sole reason why she is still doing it. I cannot think of a better advice than that".