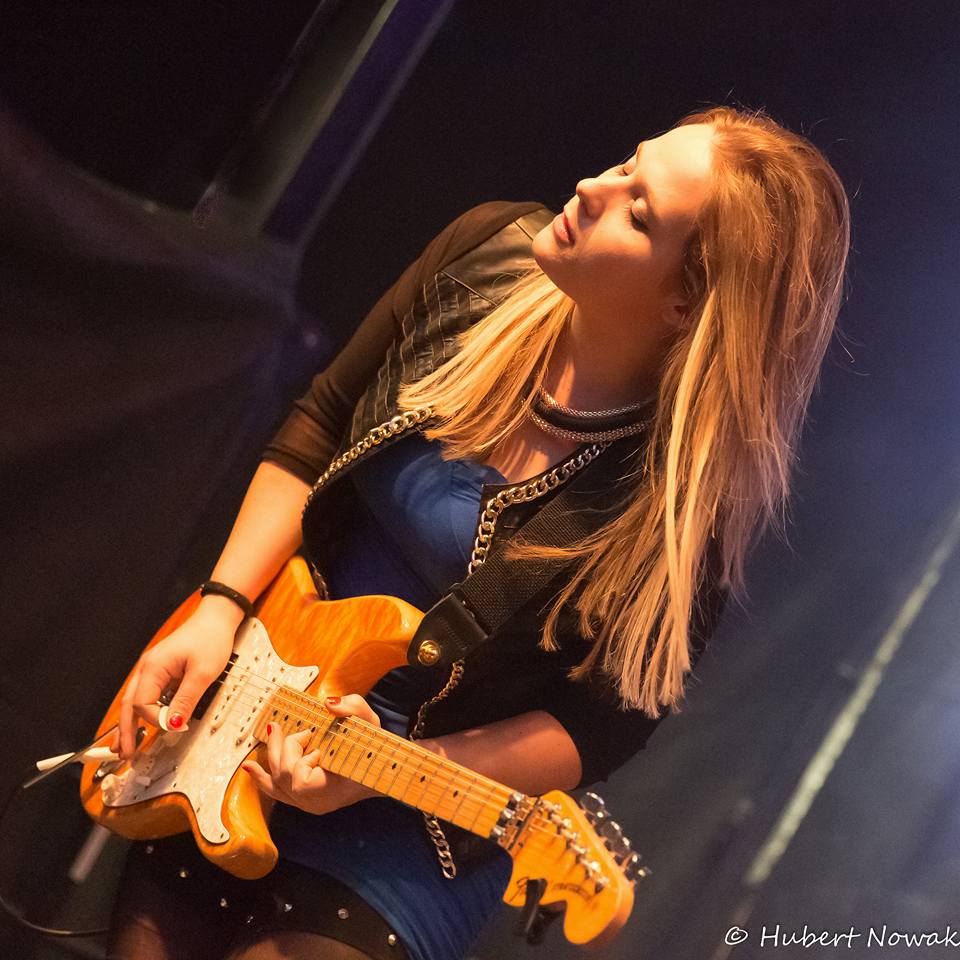 Many people around the world often associate a country like Italy to cultural stereotypes of various nature but few actually are aware of the strong presence of Blues and Blues/Rock artists in a country that once was universally recognized as "Il Bel Paese".

Since the late 60's, early 70's, Italy has produced Blues and Blues/Rock musicians of remarkable quality and it is still continuing, nowadays, to generate new musical blood to keep the Blues and Blues/Rock's DNA alive and kicking, so much so that the current Italian music scene is living one of the most creative stages ever, artistically speaking.

Part of this extraordinary Nouvelle Vague of Blues and Blues/Rock artist emerging from "Il Bel Paese" is Eliana Cargnelutti, a young, hugely skilled guitarist and singer/songwriter that, despite her young age, has already made a considerable impact in her native country and in many part of Europe thanks to her many talents as a musician and her strong stage presence.

With a project already in place in 2019 that will see Eliana Cargnelutti front-lining an all-female Deep Purple Tribute Band that will be on tour around Europe, the Italian artist will be also touring the United Kingdom next week for few days with a project called Ladies Of The Blues, where the guitarist will be performing in various parts of the country every night together with other two bands, the Zoe Green Band and Lee Ainley's Blues Storm.

We have managed to reach Eliana Cargnelutti few days before the beginning of this new musical project to talk about Ladies Of the Blues and her career so far. 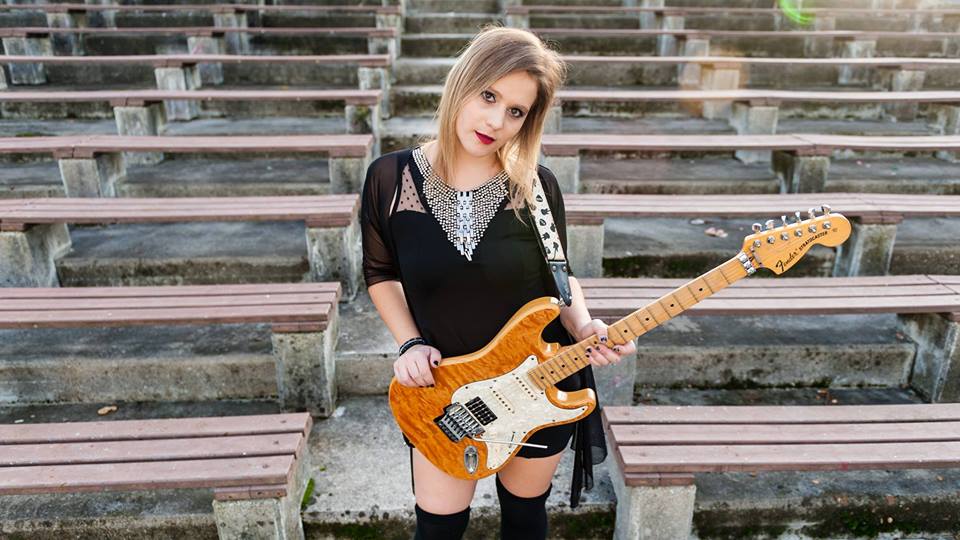 BR - Hi Eliana, thank you for talking to us at Bluebird Reviews. In few days you will be starting the portion of your Tour in UK, together with Ladies Of The Blues. Are you thrilled to be back playing in the Uk and will your set-list be fundamentally Blues orientated or will there be hints of Rock here and there too?

EC - This my second time in Uk, the first time was back in 2015, when I toured the Uk with my label Ruf Records and I hope that people still remember about me, considering that 4 years have gone by! (smiles). The interesting thing is that the project Ladies Of the Blues will showcase three different ways to approach the Blues with three distinctive style of playing Blues, plus I shall be the only non-English artist performing! Of course there is excitement in me to get back to tour the Uk. Certainly a different type of excitement from the first time I got there, with me having now a more clear idea of how I want to sound on stage with my band for the Uk Fans.

BR - Despite your young age, you have been making records since 2013 and you actively tour your country of origin and Europe incessantly. Does it bother you that many keep calling you still "The new hope of Italian Blues/Rock" while, effectively, you are an affirmed artist and no longer just a "hope"?

EC - It doesn't bother me, to be honest, because where I come from, in Italy, to be considered by the media and the fans as a Blues/Rock artist is already a success per se. Sadly, this music genre is not given a huge amount of consideration by the press here in Italy therefore, the fact itself that the Music Press in Italy is still considering me as "The new hope" means that at least there is still people in Italy that pay attention to Blues/Rock.

BR - For somebody like you that graduated in Jazz Guitar playing in Ferrara and started her career playing Rock and Metal, how easy was the transition from two genres so far apart like Jazz and Blues/Rock?

EC - I must confess that the genres I was more attracted by, when I was a teenager, where indeed Rock and Metal. There is a specific moment, in my life, when I fell in love with Blues big time. I was 14 and I remember I was watching an old VHS tape of a live performance of Stevie Ray Vaughan on the video recorder. I fell in love immediately with his guitar playing style, with his way to connect with the crowd, with the incredible catharsis that his performances were able to create with his fans, something that, in my opinion, just people like Jimi Hendrix were able to evoke, when he was playing on stage. I remember that I jumped up on the sofa, when I heard Stevie Ray's music, that day. My heart was beating faster and faster and to these days, I am still unable to explain to myself how that happened. That day changed the musical direction of my life forever. At that time, I was studying classic guitar but after that day, I decided to concentrate my attention to the Blues guitar instead. Later, when I was 19, (I tried to study as an accountant but I had no hopes (smiles)) I started studying Jazz at a Music Conservatory in Italy (in reality, I had no choices at the time because in Italy you could just get your degrees recognized just if you studied either classic guitar or Jazz guitar), something that I did for three years. The knowledge of Blues that I had previously developed in an earlier stage of my life certainly helped me in many ways, when I was studying Jazz, in particular to help completing my formation as a guitar player and to decide the Blues/Rock musical direction I wanted to take, with elements of Funk and Soul incorporated in my personal style. If you consider that Scott Henderson is my absolute idol, when it comes to guitar players, I am even more grateful to Jazz for what has brought to me and taught me as an artist.

BR - You released your last studio album in 2015. Are you working on writing new material right now and, if so, when can we expect the next Eliana Cargnelutti's record?

EC - I am working on new material indeed but I wouldn't be able to tell you at all when my next studio album would be released. It's not something strictly depending by me but more from rules stipulated with my label where, in Lyman's terms, an artist needs to sell a certain quantity of records and to play a certain number of concerts every year to be then able to record the next one. As soon as I shall be able to reach the amount of copies of my records requested, then I shall be able to start recording a new album. 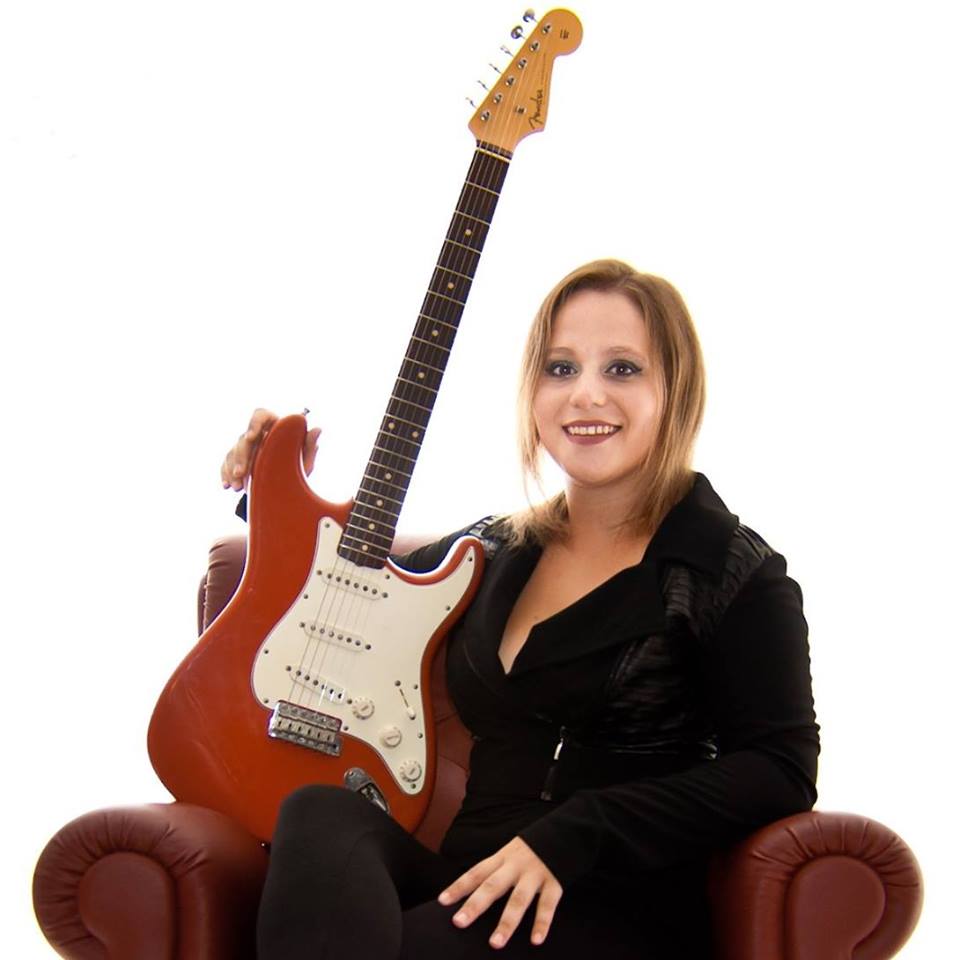 BR - Eliana, speaking to many of your fellow artists and masters of Blues/Rock, it emerges that they find more challenging writing lyrics for their songs, rather than writing the music. Is this your case too?

EC - In my personal opinion, all the best songs are those where music and lyrics are created at the same time. When, in some case, I am unable to write the lyrics and the music at the same time for a new song, my ideal method is to start writing the lyrics first and then to create the right musical structure that could better fit the lyrics. I always find more tricky writing the music first, because then I have to find the way to fit the right lyrics in a language (English) that I am fairly familiar with but not as comfortable as I would be if I was writing the lyrics in Italian.

BR - Udine, your hometown, is one of the wealthiest and, at the same time, most tranquil cities in Italy. How has it been for you,  born and raised in a city like that, to grow up cultivating your passion for music?

EC - I have consciously decided to stay put in the place where I was born because I think that the people from Friuli Venezia Giulia (Italian region where Udine is) have still got those ethics and values that are very important to me. The people of this part in Italy have got this big heart, the appreciation of what true friendship is, the will of exploring the world around them but wanting always to come back where they belong, because it is there that they have their own history, their traditions etc. They appreciate what they managed to achieve in their lives and while they think about moving forward, at the same time they like to analyze carefully all the aspects of what it may expect them and what good it can bring to them, before rushing to any decision. I am very happy and proud to live here in Friuli Venezia Giulia, because it made me who I am and taught me a lot about the meaning of life.

BR - I am aware that American Guitar prodigy Albert Castiglia worked as producer on your latest studio album Electric Woman. What are your immediate memories on working with Albert on that album, Eliana?

EC - Ruf Records suggested to me to work with Albert, on the Electric Woman album and we got on really well since Day 1. Even the style that Albert displays when he sings his songs, a style very direct, primitive and powerful at the same time, reminded me the way I try to express myself as a singer, through my songs and this was something else that I felt we had in common. On that record, Albert helped me a lot to pull out the right energy in studio and to believe in what I was doing and to put my heart and soul all the time when we were recording. He also helped me wonderfully on some of the lyrics of the records and to help maintaining the right mood when I was recording in the studio, in a time where I was working almost 16 hours flat every day and not capable to sleep very well at night, because I couldn't stop thinking about the record and the way to make it sound as great as possible. Albert was really fantastic in creating the right environment for everyone involved in the recording process and I am very grateful to him for this.

BR - After 3 years from its release, taking the lead from one of the most beautiful cuts from the Electric Woman's album, do you still ask yourself "Why Do I Sing The Blues?"

EC - Absolutely! It's when I shall stop asking to myself why do I sing the Blues that I'll be seriously worried (chuckles). The day that you will hear me playing something different rather than Blues, it'll mean that I have sadly managed to answer this question. But, in reality, I hope I shall never be able to!