Our website has been made aware of two wonderful CD single releases aiming at creating funds for some truly remarkable initiatives. 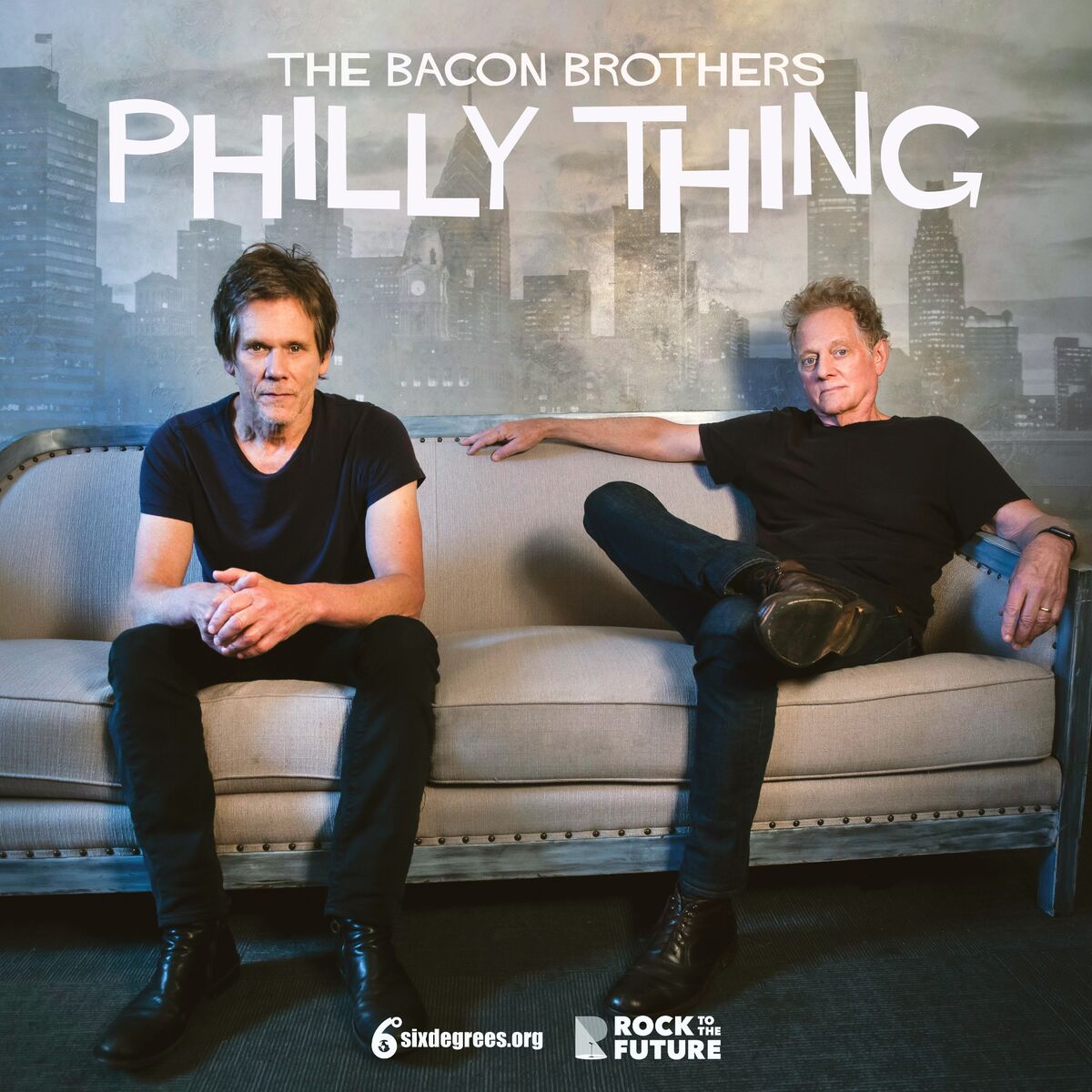 The first one is from The Bacon Brothers, featuring Kevin (yes, THAT Kevin Bacon) and Michael Bacon, who are pleased to announce that they and SixDegrees.Org have joined forces with the Philadelphia youth organization Rock to the Future. They've teamed up and recorded "Philly Thing," a song written by Kevin Bacon. "I wrote this song about our hometown of Philadelphia, and we wanted to give back in some way, so we connected my charity, SixDegrees.Org, with Rock to the Future, and it was a perfect marriage," states Kevin. The Bacon Brothers got their start over two decades ago. Refusing to be pigeon-holed, the brothers call their sound Forosoco, which is short for “Folk, Rock, Soul, Country.” They’ve been featured by the BBC, Associated Press, SiriusXM, Paste Magazine, Americana Highways, The Tonight Show with Jimmy Fallon and Ditty TV. They’ve served as judges in the American Songwriter Lyric Competition, participated in the 9/11 Memorial for The Grand Ole Opry's 20th Anniversary September 11th tribute, performed in ZZ Top – America Salutes You, and hosted Love Rocks NYC. The Bacon’s have released 11 albums to date, most recently the 2022 release, Erato.

For the single Philly Thing, Sixth-grader Naheim Gaymon-Hill wrote a rap that he contributed to the track. About the experience, he effused, "I feel so lucky that Rock to the Future helped me build up my performance confidence and gave me an opportunity to rock with The Bacon Brothers."

The single, produced by Joe Nicolo at Philadelphia's Minor Street Recordings, will be released digitally on November 18th with the proceeds benefitting Rock to the Future. In addition, two videos were filmed, one official and one "Behind the Scenes"; Phil Bradshaw of FreshFly produced both. The official video will premiere the week of November 14th.

Rock to the Future will be hosting their annual event, the Music For All Ball. It will take place at Philadelphia's World Cafe Live on April 29th 2023. A performance of "Philly Thing" is currently in the works.

ABOUT ROCK TO THE FUTURE
Rooted in equity, Rock to the Future provides student-driven music programs in a safe and supportive environment at no cost for Philadelphia children and teens in schools, community locations, and juvenile justice facilities. Their programs combine exciting music programming – like learning guitar, bass, drums, piano, music production, original songwriting, and live performance – with education, mentoring, and social services support. In safe spaces, youth build social and intellectual capital and life skills which supports high school graduation, college and trade school participation, peer relationships, and personal well-being. Through dozens of free performances each year, thousands of community members celebrate the talents and achievements of local youth. Rock to the Future’s high-quality programs are a catalyst for individual success, economic empowerment, and safe and thriving communities.  Learn more about Rock to the Future at rocktothefuture.org.

SixDegrees.Org is a 501c3 that was launched in 2007 by Golden Globe Winning Actor, Musician and Philanthropist, Kevin Bacon. It was born out of the small world phenomenon that we are all connected to one another by six degrees or less. With a mission rooted in connecting people to necessary resources, SixDegrees is dedicated to creating dialogue, raising awareness, understanding and empathy around causes that our communities care most about. SixDegrees programs include Basic Kindness resource bags, content production for social good amplification, and campaign activations. Their core areas of focus are Youth Empowerment, Equality and Justice, Sustainability and Emergent Issues important to our communities. Head to SixDegrees.Org to learn more. 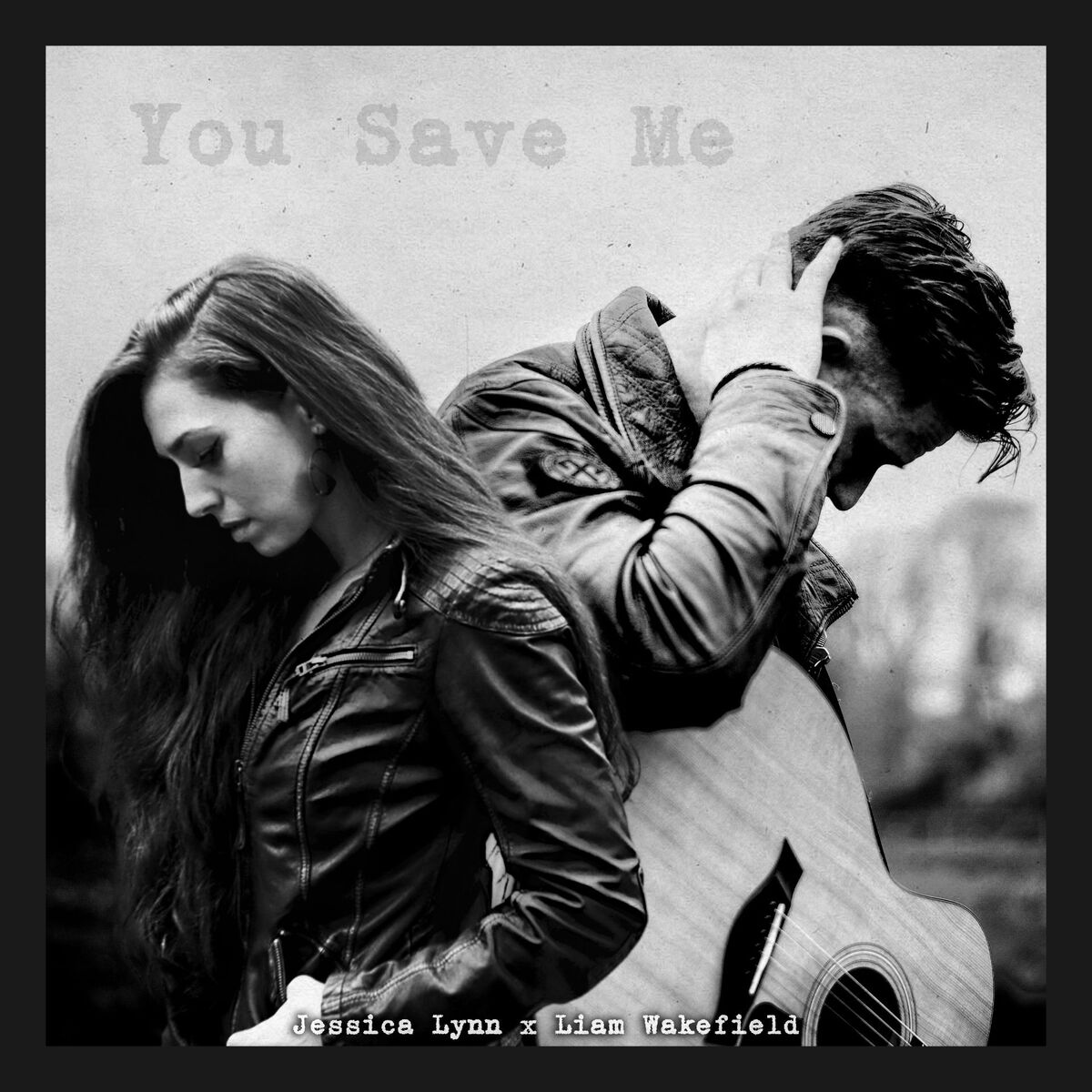 The second single release concerns New York-based country crossover sensation Jessica Lynn, who could not be prouder of her latest project: partnering with British Army veteran, musician, writer and psychotherapist Liam Wakefield from Sussex, England on their new single ‘You Save Me’. It’s a moving song that describes the tremendous power that music and the arts can have on mental health. Each and both of the duo believe strongly in this and hope to raise awareness, and to muster support for a charity involved in important mental health work.

Liam was retired from the military on medical grounds, after being diagnosed with an incurable and rare genetic condition. His mental health was rapidly declining. In an alcohol-fuelled suicide attempt, Liam tried to ring down the curtain on what appeared to be an inescapable depression. This unsuccessful attempt, however, proved a catalyst for change. Find support rallying from so many, Liam was thankfully able to find a way back from the consuming darkness.

During his recovery, Liam reconnected with music –– a lifelong passion that he had neglected while serving in the army–– and he decided to channel the raw emotion and passion from the daily pain, thus finding a new purpose in life. Music and the love of writing that gave him a sense of self-belief and he has since devoted his life to suicide prevention and mental health care — particularly within the military community, where so many harbour deep pain from daily battles with mental health.

After meeting Liam and hearing his remarkable, moving story, Jessica was inspired to write this song, ‘You Save Me’, and has set out to use it to make a difference.

“Liam greatly inspires me not only musically, but as a human being,” Jessica explains, “His strength, resilience, talent, and disposition for wanting to make a positive impact on the world is something truly special. We met online when I was putting together my most recent UK tour and after getting to know him, I couldn’t help but be moved by his story.  We discussed doing a song together to raise awareness for mental health and its importance for veterans and the next day, ‘You Save Me’ poured out of me.

“Although Liam and I come from very different backgrounds and experiences,” she continues, “music has connected us and saved us in the same way.  It is a universal beacon of light.  Like Liam, I too have had significant battles with anxiety and depression throughout my life, and music has always been the shoulder to lean on: my most trusted friend and confidante.  We hope many people find comfort within this song and realize they are not alone.”

Liam agrees. “This song, and the meaning behind it, is the quintessential beauty needed to help show the world that those silently struggling do have a voice and are understood. So many of us (especially those in the military communities) harbour a deep pain from the daily battle with our mental health. This song highlights the truth that in that darkness, there is an incandescent beauty: a saving quality found in the passion and purpose of music that can bring people together, connecting us to others and back to ourselves.

“Being invited to be a part of this song is more than just being able to share my voice with a songwriter whom I deeply admire (Jessica); it’s a chance to show the world that, as a disabled combat veteran who has struggled greatly with mental health, that music does have a power beyond anything else, to save.

This song’s beauty comes not just from its inspirational message, but also the way it was produced, using reverb impulses recorded in the Emanuel Vigeland Mausoleum in Oslo, Norway giving the impression that Jessica and Liam were actually singing inside the structure.

The single is now available on all digital platforms. ALL proceeds from the ‘You Save Me’ single and the new ‘Music Saves’ merchandise line go to a charity that Liam feels strongly about: Forging Forward — a non-profit organization focused on healing visible and invisible wounds of veterans, first responders and their families.