"Reduction. Stutter. Funk. Reducing the music to its bare essentials, deconstructing each facet, till it is but a dull and throbbing shell of its former self is how four piece Aabaraki describe their delicious neo-soul sound that not only pays homage to the founders of funk, but also modernizes the genre. In a trend heavy musical climate, Aabaraki opts for sophisticated minimalism, operating as a single unit in producing, writing, singing, and creating all of it’s music.Though the boys come from different but accomplished musical backgrounds, their collective sound comes naturally."

Guitarist Brian Forbes is a co-owner of Brooklyn’s The Gallery Recording Studio, and has toured with hip-hop rock band The Nillaz, playing on Warped Tour 2005 and at Madison Square Garden.

Akie Bermiss, a self- taught jazz keyboardist who has opened for George Clinton brings with him

raw and sexy vocals that fall somewhere in between D’Angelo and Stevie Wonder.

Aaron Steele, one of New York’s most sought after session drummers has toured Europe opening for Jamiroquai

Bassist Ari Folman-Cohen comes from a jazz heavy background and has shared the stage with Avante Jazz great Bobby Previte and opened for Patti Smith.

After playing together for two years the band is currently sitting on an extremely polished EP, completely written, produced, and cooked up from scratch by the four accomplished musicians. Songs range from human and heart-wrenching like their single "Happy Ending" to lascivious and carnal like their live show favorite, ‘Karate’. Currently playing gigs in New York City and Brooklyn, the band is anticipating their album release. 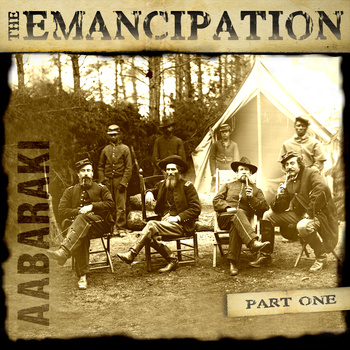 Inspired by real life experiences and a commentary of the people, places and things they've encountered in their travels as musicians, there is something to notice with every listen of these tracks.

Emancipation - This starts out with some guitar work and leads into a funky lift but quickly smooths out to a breezy vocal with great blends. The voice is reminiscent of Seal.

Dance Shee - A shout out to Aabaraki with some guitar edges and a lyric sample from Sugar Hill. The drums really make this song move. A pop dance song that is very catchy, with some interesting guitar funk sequences. The story of Dance Shee is that it was written on the spot when a drunk woman in the Caribbean crashed into the keyboard during a gig. Cleverly, they folded the whole incident into part of the show and built lyrics with instrumentation around it. Thank goodness the keyboard still functioned!

What I Got - Slowing down for a love groove, in the styles of R&B, this keeps some old school vibe while moving it into contemporary music with the phrasing and change-ups. The meaning behind this song is a sophisticated highlight on the difference between long term relationships and quick meets. After the build up to secure a transient one night stand, what are you left with, really?

Don't Think Twice - I liked the deeper vocals on this track. I also enjoyed hearing the vocal lead with the instruments in the back. It reminded me of Lou Rawls' more obscure tracks and how he'd talk through some of the songs, tell stories. The blues hit rhythm, that's how it works. This song hits an ongoing beat that keeps the intensity. The keyboard work grounds it to contrast with some crashing soundscapes with the guitar.

For more information on Aarabaki's music, visit their website:  www.aabaraki.com