The Merrill Auditorium is open for business and filled to capacity. Music fans from all age groups have ventured out on a work night to witness the astonishing guitar skills of Billboards #1 Blues artist Joe Bonamassa. This is the "blues rock titan's" first Maine performance in 23 years of professional touring. 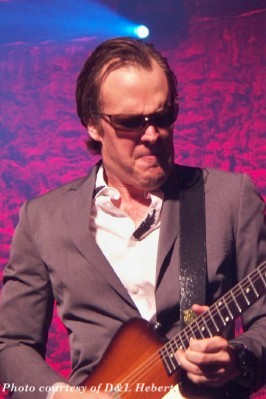 A morning of light rain gave way to a bright blue sky, with afternoon sun warming the air to a spring-like 70 degrees. For a few brief hours, this bustling, small city seemed transformed into a tranquil haven, a fitting "welcome" for the road-weary band on their last leg of U.S. Tour Spring 2012.

"There's a nice vibe here," remarked Rick Melick, keyboardist for the band, upon returning from a "stroll about" with fellow musician Carmine Rojas, bassist. They signed autographs and took photos, all the while chatting with the fans that had arrived early. 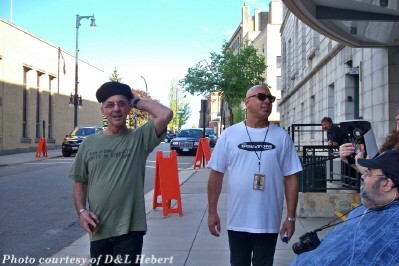 Soon thereafter, Mr. Bonamassa was spotted walking casually up the sidewalk en-route to a local pawn shop, a favorite pastime of the musician in his endless pursuit of rare and vintage gear. At the request of one fan, he stopped and humbly added his elegant penmanship to the back plate of a guitar already scribed by other well known guitarists, including Buddy Guy and Johnny Winters. 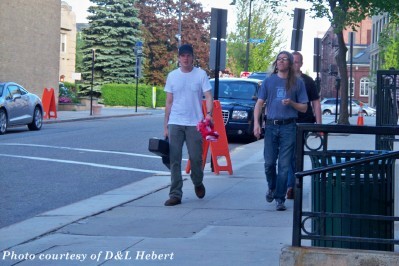 "Another Gibson," one fan remarked, when the artist was later sighted carrying a soft-cover, guitar case. Before long, clusters of people turned onto Myrtle Street. Most walked directly passed the concert entrance, over to where the "Bonacruiser" (an 18-wheeler to haul the band's equipment from show to show, driven by Dennis Weiss, of Texas) is parked alongside the building. 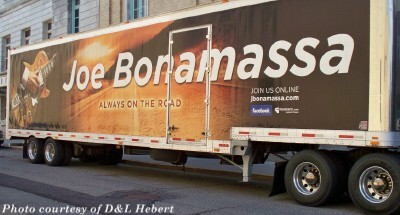 Enveloped by a painted mural of the musician's right forearm and hand playing aGibson Les Paul with a flame-top maple cap on a mahogany body (and an aftermarket Bigsby tremolo bar added) and phrase "Joe Bonamassa Always On The Road," the tractor trailer had become as much a main attraction as the artist himself. This unforgettable logo made an ideal backdrop for keepsake photos!

Without an usher’s assistance, I located my aisle seat in the third row, stage right. The proximity is most desirable. And as I watched new and seasoned veteran fans interspersed throughout the orchestra pit area ready their cameras and share stories about "their" unique "Joe Bonamassa Experience" (JBXP), old blues classics blared from the house PA system.

Soon a palpable, anticipatory energy devoured fan chatter when "Two Minutes to Midnight" (the artist's signature cue to start the show) is heard. House lights dim. Stage is dark. On the first beat of "Slow Train", multiple daylight-bright, white strobe lights set up behind the drum kit illuminate Bonamassa's silhouette in front of Bergman's drum riser. Again, and again, in a succession of quickening beats, the music and strobe lights engulf the platform until the momentum reaches that of a moving locomotive. 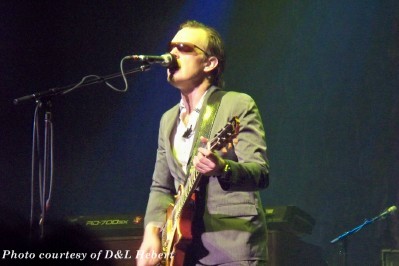 Next, "Dust Bowl", a mid-tempo, modern ballad with a "dusty, sandy movie" texture, the title track off his 12th solo album. It won "Best Rock Blues Album" at the Blues Music Awards in Memphis, TN on May 10, 2012. Tonight's performance is nothing less than unblemished!

Howlin Wolf's "Who's Been Talkin" brought the entire audience to their feet in a standing ovation. It is the first new track played tonight off the latest CD release, Driving Towards The Daylight (DTTD). The audience settled down quickly when the first note of "'Sloe Gin" is strummed.

At this point, Bonamassa has given 100% of 100% through six songs off the 16-song set list. "I've never been to the state of Maine until today," he remarked, at the onset of his monologue. "Thank you for the warm welcome." He further discloses a "neck injury" suffered the night before at ProvidencePerformingArtsCenter. Nevertheless, there is no visible sign of discomfort in the performance, the mark of a true professional. 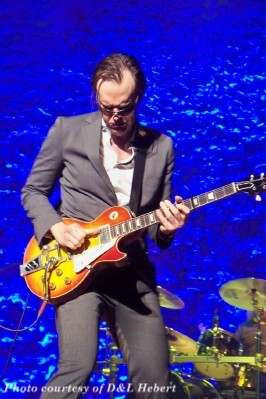 Ballad of John Henry (2009) had fans rocking! Mid way through the fervent prog-rock number, Bonamassa walks over to where the Theremin (an early musical instrument controlled without discernible physical contact from the player) is set up. And through a series of controlled hand and finger movements, he produced the most interesting sounds.

Another new track, Dislocated Boy, is slowed down from its original version. It is in the second chorus where the story revealed Bonamassa's personal "down-on-his-luck" life experience while living in New York 10 years ago. "I'm alone, severely broken. I'm a dislocated boy."

There is a segment in "Lonesome Road Blues" where Bonamassa, Rojas and Bergman huddle together in a "three-instrument" dual. Their interaction drives the beat harder and harder. And tonight's performance parallels "Live from Royal Albert Hall" rendition, wherein Anton Fig is featured on drums.

"Look Over Yonder's Wall" (Black Rock, 2010) and "Blues Deluxe" (2003) set the tone for a rock-us "Young Man Blues" as Bonamassa and Bergman trade guitar and drum riffs. Each musician takes turns and attempts to upstage the other (of course, in a humorous and friendly manner). 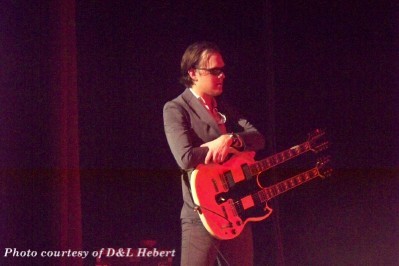 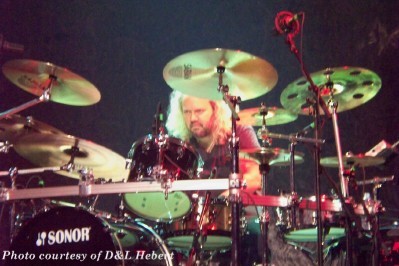 Switching out the double neck Gibson for an Alvarez,  31 years of practiced skill, classical technique and inherent talent come together during "Woke Up Dreaming."  For 10 minutes the audience is transfixed on the musician's fingers, as he continuously changes the tempo from very slow picking to extremely fast strumming. This performance alone is worth the price of a concert ticket and has the "acoustic gusto" to convert any non-believer into an instant fan.

Again, Bonamassa changes guitars on India / Mountain Time, the last number of the night.  "India", an instrumental from Sloe Gin (2007), and "Mountain Time", a southern rock power ballad from So It's Like That (2002), fuse well to deliver another captivating performance.

The audience showed their approval by standing when the artist said, "Thank You" and exited the stage. Wearing a "Red Claws" team jersey and "Bonamassa" brand sunglasses, the "blues-rock titan" commenced a two-song encore with title track "Driving Towards The Daylight." The expressive vocal and melodic arrangement on this "road-weary" ballad compelled the listener’s attention.

Bonamassa greeted about 75 fans at the tour bus and signed autographs. "Thanks again for the warm welcome," he said, boarding the blue tour bus, southbound for Hampton, New Hampshire.

Special thanks to Lee Hebert for contributing photos.

Special thanks to Bob Vincent for identifying the Gibson guitar in the mural.