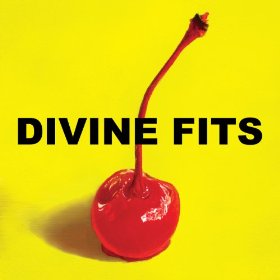 A brand new group is on the scene with indie bliss. Divine Fits has combined Spoon's Britt Daniel, Wolf Parade's Dan Boeckner and Sam Brown of New Bomb Turks, to create bass laden edgy rock with straight on vocals that could potentially level their prior tour calendars.

They recently played,The Late Show With David Letterman, after being together for just a few months. "Baby Get Worse" was played from this year's release, A Thing Called Divine Fits (2012).

Allmusic.com gave their debut album a solid review, noting that the expectations of being called a 'supergroup' have been exceeded because the record sounds 'natural'. The sound like it was recorded in a garage is a reflection of their connection to the raw.

We are big Britt Daniel fans around here, and this edgy record brings on the pulsing tension that you look for in new indie punk cool. It's different than his prior works, but thankfully, the dish has not run away with the Spoon.

Preview and purchase The Divine Fits from Amazon.