Freedy Johnston is performing on April 6, 2013 at Club Passim 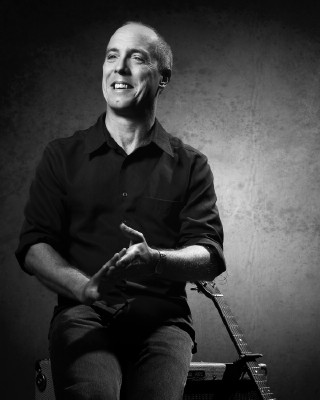 Heading out on the road, Freedy will be supporting his eleventh full-length album, Rain on the City.

Rolling Stone and Spin hailed Can You Fly as a masterpiece. Robert Christgau called it "a perfect album." Its success led to a major label deal with Elektra, for whom Johnston released "This Perfect World" in 1994. Not only did that album showcase Johnston's increasing sophistication and range as a songwriter, but it also included his breakthrough hit, "Bad Reputation."

Johnston's songs are often praised for their literary quality – and deservedly so – but they also hit you on a gut level.  Splitting his time between New York City and Madison, Wis., Johnston is currently writing and recording songs for his next album, tentatively titled Neon Repairman. In an age where the internet has greatly diminished the power of radio to dictate artistic success, Johnston is poised for perhaps the most exciting stage of his career. At this point, though, it isn't about destiny. Johnston fulfilled that a long time ago. Now, it's about joy – both for Johnston and his fans.