Ray Manzarek Keyboardist for The Doors Dies at 74

Details
Written by Bluebird
Published: May 21 2013 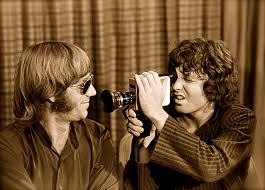 Ray Manzarek, the keyboardist and founding member of The Doors has died at 74 years old. He passed away Monday at the RoMed Clinic in Rosenheim, Germany, surrounded by his family. (Monday, May 20, 2013, 12:31 PM PT). Many sources reported that he struggled with bile duct cancer.

Manzarek was from Chicago and founded The Doors after meeting Jim Morrison in Venice Beach, California. Morrison was a poet then, and the creativity between his lyrics and Manzarek's keys were unmatched. The Doors, with their hip, psychedelic, rock groove, changed the landscape of recorded music and live shows for the rest of rock and progressive music history. Concerts were controversially like parties and sit-ins, where fans often had communal experiences with the words and music.

The Doors sold more than 100-million albums worldwide, and received 19 Gold, 14 Platinum and five multi-Platinum albums in the U.S. alone. "L.A.Woman," "Break On Through to the Other Side," "The End," "Hello, I Love You," and "Light My Fire" were just a few of their most popular songs.

Since The Doors had no bassist, Manzarek would played the bass parts on a Fender Rhodes piano. He created a unique sound, using the Vox Continental combo organ. He later used a Gibson G-101 Kalamazoo combo organ (which looks like a Farfisa) because the Continental's plastic keys frequently broke, according to reports on Manzarek.

Manzarek occasionally sang for The Doors, including the live recordings of "Close To You" and on the B-side of "Love Her Madly," "You Need Meat (Don't Go No Further)." He also sang on the last two Doors albums, recorded after Morrison's death, Other Voices and Full Circle. Additionally, he provided one of several guitar parts on the song "Been Down So Long."

Jim Morrison died in 1971, but Manzarek continued to record and perform. He and the surviving members of The Doors reunited for a brief time with Manzarek as vocalist, but the group did not continue. The Doors official website honored Manzarek, stating that he "went on to become a best-selling author, and a Grammy-nominated recording artist in his own right." In 2002, he revitalized his touring career with Doors' guitarist and long-time collaborator, Robby Krieger.

Manzarek is survived by his wife, Dorothy, his son Pablo and two brothers, Rick and James. Funeral arrangements are pending.

Press sources report the family prefers donations in his name made to: www.standup2cancer.org.

From The Editor of the Led Zeppelin ~ Ultimate Fan Page: "I witnessed the greatness that was, and is Ray Manzarek. Last year at our Bluesfest, Ray put on a stellar performance. He finished the night with an extraordinary performance of 'Riders on the Storm'. Hard to believe that last August would be the last time I would see this man in action. Sad day for the music world. RIP Mr. Manzarek. Condolences to his family."

From Chris Devine of The Birds Of Flame:

RIP Ray Manzarek. In all seriousness one of the most ambidextrous keyboard players in the history of rock. The other Doors made a lot more money for not having to pay a bass player!