BJ Thomas With Keb' Mo: Most Of All 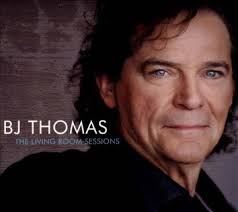 BJ Thomas is joined by Grammy winning bluesman Keb' Mo' on this newly recorded acoustic version of BJ's 1971 hit "Most Of All" from the CD "The Living Room Sessions".

BJ Thomas is one of our all time favorite singer-songwriters from the 1960's and he is still going strong. His velvet voice, command of the lyrical word, reassuring tones and amazing songwriting styles have made him a timeless entity for music lovers world wide. Read our live show review and our meeting encounter with Mr. Thomas here.

About the Album:
A true American institution whose iconic pop, country and gospel hits defined their respective generations and now transcend them, B.J. Thomas has found a unique way to celebrate an incredible half a century in music and some 47 years since his first gold selling hit on Scepter Records. The singer, a five time Grammy and two time Dove Award winner who has sold more than 70 million records and is ranked in Billboard's Top 50 most played artists over the past 50 years, invites longtime fans and newcomers alike to his living room—or more accurately, The Living Room Sessions, his debut recording for Wrinkled Records featuring intimate acoustic re-imaginings of 12 of his most renowned songs.

Thomas also vibes on The Living Room Sessions with two lesser known powerhouses, labelmate and renowned Nashville touring and session singer) Etta Britt ("New Looks From An Old Lover") and 20-year-old Broadway and soundtrack phenom Sara Niemietz, who joins Thomas on "Hooked on a Feeling." The Living Room Sessions also includes four solo performances by Thomas that represent a several decade swing in his earlier career: the opening track "Don't Worry Baby" (a Beach Boys classic first covered by the singer in 1977), "Eyes of a New York Woman" (1968) "Whatever Happened To Old Fashioned Love" (a #1 country hit in 1983) and "Everybody's Out of Town" (1970).

One of the keys to making The Living Room Sessions as cozy and warmhearted as its title promises was not over-thinking the process in advance. Realizing that most of these classic tracks lent themselves perfectly to the "unplugged" setting, he trusted Lehning and the Nashville "cats" (Bryan Sutton on acoustic guitar, mandolin, banjo, gut string guitar and dobro, John Willis on electric, acoustic and gut string guitar and dobro, Viktor Krauss on upright bass and Steve Brewster on drums and percussion) to just trust their instincts and do their thing. While bringing a fresh emotional urgency to each song, Thomas mostly kept the arrangements in line with the original, only varying the melody slightly on a select few—including "I Just Can't Help Believing," "Don't Worry Baby" and "Hooked On A Feeling."