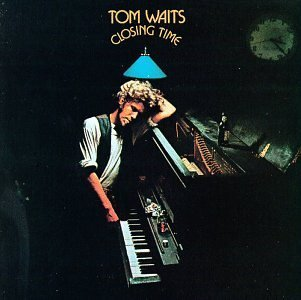 Looking out at the summer moon tonight, two days after the solstice, I can't help but think of this song.

From the iconic, 1973 album, Closing Time. Tom Waits carries his voice, clear and gritty, with piano accompaniment. The Grapefruit Moon and its impact on the changing tide is the symbol of the little control that we actually have over so many things in life.

The one star shining, is the hope, the light,  the focus, of this ballad. Waits remains Waits, smoking his cigarette, while he strives for purity. He can only be himself, pure Waits. And for this, the listener gains great comfort. You are never alone listening to this blues great. Just look out your window.

Never had no destination, could not get across.
You became my inspiration, oh but what a cost.
Cause every time I hear that melody, well, something breaks inside,
And the grapefruit moon, one star shining, is more than I can hide.

Now I'm smoking cigarettes and I strive for purity,
And I slip just like the stars into obscurity.
Cause every time I hear that melody, well, puts me up a tree,
And the grapefruit moon, one star shining, is all that I can see.

Closing Time is the debut studio album by the American singer-songwriter Tom Waits, released in March 1973 on Asylum Records. Produced and arranged by former Lovin' Spoonful member Jerry Yester, Closing Time was the first of seven of Waits' major releases through Asylum, the final being Heartattack and Vine (1980).

Shep Cooke – guitar; backing vocals on "I Hope That I Don't Fall in Love with You" and "Old Shoes (& Picture Postcards)"

The album is noted for being predominantly folk influenced although Waits intended for Closing Time to be "a jazz, piano-led album." Upon release, the album was mildly successful in the United States, although it did not chart and received little attention from music press in the United Kingdom and elsewhere internationally. The album's only single—"Ol' '55"—attracted attention due to a cover version by Waits' better-known label mates The Eagles. Other songs from the album were covered by artists ranging from Tim Buckley to Bette Midler. The album has been certified Gold in the United Kingdom[9] and has gained a contemporary cult following among rock fans. The album has been reissued four times since its initial release; on LP in 1976, on CD in 1992 and 1999, and 180 gram LP in 2010.