Gallons to Ounces: Half and Half 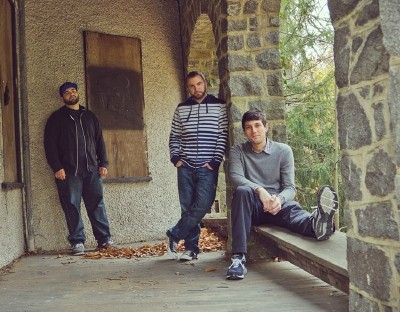 Gallons to Ounces: Half and Half EP

You know...I've followed football for over 40 years and recognize the quarterback, kicker, receiver, offense and defense (and a few other positions), but could not pick out the safety or seondary if my life depended on it. Likewise, I've listened to every style of music and singer, from Elvis to Nat King Cole, Marvin Gaye to Snoop Dog, Liberace (I know. Lib didn't sing.) to Elton John, Joe Cocker to Joe Bonamassa, INXS to Adam Ant, Carole King to Carrie Underwood, and yet I can't discern an F-major from A-minor or tell one chord progression from the next. Why? Because I'm neither an athlete or musician. I'm a music fan! And as with any form of art, what I appreciate you may not. Still--I'm here to bring to your attention, Gallons to Ounces (G2O) is an up and coming band to keep an eye on.

As most bands, G2O started out performing covers. For four years they've been "gigging" in and around metropolitan Washington, D.C., traveling as far north as New York and Connecticut for shows. Their career received a favorable boost after winning the 2012 Hard Rock Café Rising Global Battle of Bands and are now known as "the sound of D.C."

Going forward, Gallons to Ounces penned 10 - 11 original songs and were so eager to get the new material into the hands of their fan base, they decided to split these between two EP's, cutting the first, "Half and Half", at Blue Room Music Studio, in February 2013. A second EP is due out this summer.

The EP features five, full length compositions, now available on Spotify, iTunes, Amazon. You can listen to the tracks on Soundcloud and Reverbnation, as well. "All have kind of a different feel," says Tom Hatcher. (I didn't find this comment very surprising when I learned of their favorite bands and musical influences: Talking Heads, Jimi Hendrix, Beatles, Tears for Fears, rock, blues, jazz, funk, electronica, and hip-hop).

Track 1) Half and Half, an instrumental, gets the head bebopping immediately with its slapping bass and quirky guitar instrumentation. The band is tight and I thought showcasing their artistic side was a great way to open up the EP. 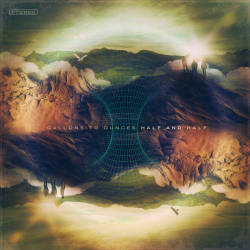 Track 2) The classic Stevie Ray Vaughn cover Cold Shot is straight up rock/blues. G2O does a super job on this, putting their own spin on it, by making it more modern, the way Lenny Kravitz would.

Track 3) MattCumming's vocal inflection on It Kills Me caught my attention right away, the sultry tone reminded me of Seal's "Don't Cry"and John Mayer's "Vulture". Further into the song, the trio let go and lay down some good old funk and jazz infused pop rock, with plenty of heady guitar licks in the solo.

The song opens with a peppy drum beat joined by a "Mark Knopfler-esk" alternating picking rhythm, which builds to what feels like the most fitting entrance for Matt Cumming's breathy vocal. "If someone somewhere is waiting on me. Rusty chains and heavy rains. But I can see that target. Way off in the distance. Did as we done. And how long have you missed us."

Polished lyrics and heavy guitar action in the solo make way for this to become a hit single!

Track 5) Short Living has an idyllic pop melody and contemporary arrangement. They reference "Tears for Fears" as an influence (which I hear), but I'm leaning toward some of the more edgier ballads sung by 90's alternative rock groups "Tonic" and "Live" on this track. This is another stand out.

Well...you've read my opinion, but the only way for you to agree or disagree is to listen to G2O's entire EP here. Help make 2013 their break out year by showing your support on the band's Facebook page and/or by visiting their website at http://www.gallonstoounces.com.

I'm keeping a close eye on this band and will keep you updated.