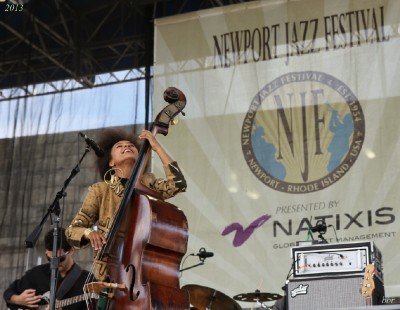 From Portland, Oregon, people across the country, from California to the Bay State, Massachusetts, love her. The jazz and blues communities respect her, and continue to be joyfully curious, about her rapid rise to the top echelons of music. Mainstream fans integrate her crystal sounds into their daily listening. Meanwhile, pop and heavy metal bass players fear her mind blowing talent.

At 29 years old, she is a force to be reckoned with - and always has been. She has won three Grammy Awards, including Best New Artist at the 53rd Grammy Awards, making her the first – and only – jazz artist to win this honor. (Grammy.com). Inspired by cellist, Yo Yo Ma, Esperanza is self taught in violin at age 5, and was a child member of the Chamber Music Society of Oregon. Despite becoming a concertmaster by 15 years old, she does not consider herself a prodigy. (Biography, Esperanza Spalding).

Esperanza Spalding has recorded four studio albums, and her long, exquisite, list of stellar performances includes the Nobel Peace Prize ceremonies in 2009. Since her graduation and installation, as faculty at The Berklee School of Music, she has also played multiple sets at the Newport Jazz Festival. This year, she was heavily integrated into the productions to honor the legendary saxophonist, Wayne Shorter for his 80th birthday, and beckoned the Fort Stage on Saturday, right before Marcus Miller headlined the night.

We lined up to take her pictures and noticed that Jazz Fest founder, George Wein was giving her a thumbs up from backstage, several thumbs up to be exact. "A milestone for her" one of the producers said. "Do you see Tia Fuller? She's the sax player for Beyonce'," another said. We were in for a great show.  The first thing Esperanza said to the crowd introduced the theme for her performance.

"Let's turn the radio on. This is how we listen to the radio." 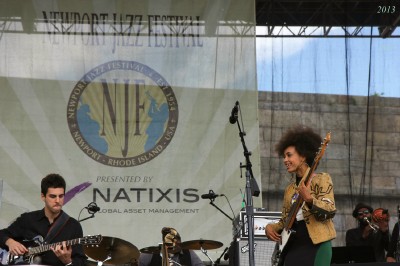 She was referring to her new record, RADIO MUSIC SOCIETY, (Heads Up, Montuno Records, 2012) which is her fourth studio album. Her sound is very distinctive, yet every release she's recorded has a different theme, quality and experience, for the listener. She must think about music on many levels, as she's writing and performing. She is one of those people who thinks on planes that the rest of us don't even know exist.

The new record has a cover of Stevie Wonder's, "I Can't Help It" which soared through the Fort Adams park and added a groove that was as smooth as the water rippling around the venue. This album integrates pure jazz with radio friendly music blends, while Spalding reworks some great tunes from the Beach Boys and Wayne Shorter.

All of the songs played tonight were from her new record, RADIO MUSIC SOCIETY. Esperanza connected with the audience in both words and song. So many have said that her radiant personality comes through in every note she plays and that is certainly true to see her live. She told the audience she needed to 'talk' about something that was on her mind.

"Because music can say things that words can't" 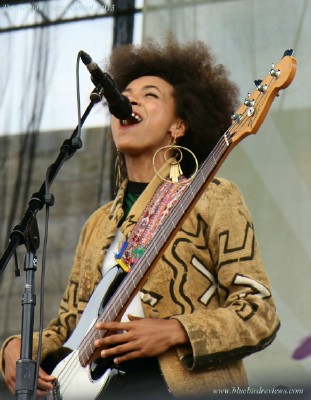 We have all of her records, as she is one of those artists that you buy the music sight unseen, because you know there will be quality work regardless of the track listing. To hear her play her pieces live, however, still brings surprise. Esperanza Spalding is the queen of flow and improv, scat and invisible rhythms. The band created a sound scape of celebration before "Crowned and Kissed" started its first notes. The sultry, "Cinnamon Tree," which she said, was a song about 'friends' and not necessarily romantic love, took its time to bellow over the crowd and the Newport Harbor. 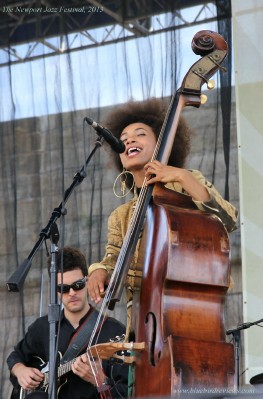 When Esperanza takes on her double bass, you can hear a hush across the audience. The instrument is huge and her command of it is even more massive. There is a story about how she originally wanted to play the cello, but a brief admission to a performing arts school matched her up with the bass and that became her chosen instrument. She said in an interview with amoeba.com, that to master the bass and vocals, in addition to being a band leader, takes a lot of varied attention. You could see her breathing and shifting these tasks so well during her performances, yet, she seems to do it all with ease and such precision, that only pure joy is the result for the audience.

Mid-set, Esperanza announces, "Happy Earth Day!" She set the audience off balance for a moment, and for a purpose. An audience member scoffed, 'yeah, that's what you think ... ' (But the word jazz means, "I dare you" and remember, Spalding is one of those people that thinks on many levels at once. That's why she's up there center stage and we are the spectators. Creative people think differently.) She went on, "What? It's NOT April 21st?" The confused crowd looked around. Then she proudly stated, "Every day is Earth Day, and I dedicate this special Earth Day to YOU, so we can hope we all stay off the endangered species list."  The song "Endangered Species" was powerful, and created a framework where the listener can think about many issues simultaneously.

Esperanza sang a lovely, "Happy Birthday" to Wayne Shorter and was scheduled to join the celebration gala after the show that night. Her voice, cool and smooth, sweet like a siren is timeless, yet unlike the classic women she is often compared to, such as Ella Fitzgerald or Billie Holiday. She introduced the band and generously gave them the spotlight. Her encore set was wrapped up with the triumphant, "Black Gold" and the bold arrangement of funk, jazz, had good spaces in between, to even add a little soul. 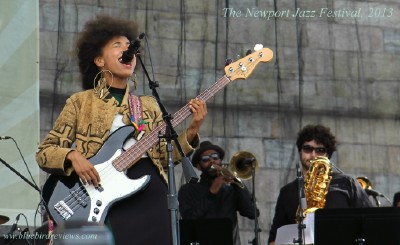 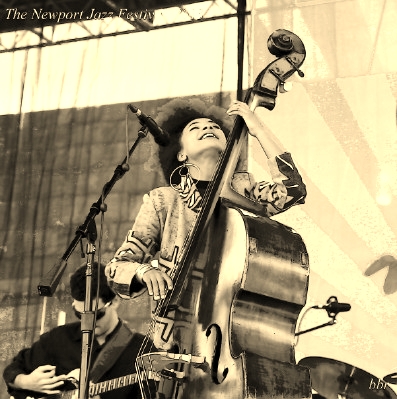 I Can't Help It