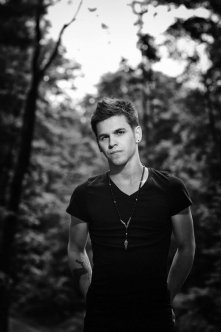 Meet Steve Costello, a singer/songwriter and musician from Sudbury, Ontario. I came to friend this budding young talent as a result of our mutual admiration for blues-rock guitarist, Joe Bonamassa. We seem to "like" and comment on the same Facebook posts or Youtube videos. "Joe broadened the definition of blues for me even more," Costello says of Bonamassa.

I had the occasion to speak with Steve by phone on Wednesday, regarding his upbringing, solo album and professional plans. He was seven years-old when he took his first guitar lesson. "The teacher wanted me to learn "Mary Had A Little Lamb" from a book while I probably wanted to learn "Smoke on the Water". So, that didn’t last long." He recalls many, many instrument lessons during his childhood: drum, bango, mandolin, keyboard, bass, and tambourine--if that counts, before returning to guitar at age 13. "I was in a few different bands back then. We played a lot of local venues, both good and bad. Great stage experience, though." At 15, he took music more serious and made the decision to make a career out of it.

The passion for song is generations deep. Costello said his grandfather shared music with his father, who subsequently introduced him to it. Steve's father was an active musician between 1964 - 1975, the kind who always had a drum kit set up in the livingroom. His earliest recollection of listening to blues and rock 'n roll was as a toddler sitting in the backseat of his father's car, holding a sippy cup of juice, tapping his shoe to the beat in perfect time. "My Dad is an aging hippie. He grew up on (and saw in concert) many of the Blues greats of the day: BB King, Howlin' Wolf, John Lee Hooker, but also Led Zeppelin, Hendrix, Clapton in Cream. He never lost his taste for them. As a result, everywhere I went with my dad, which was EVERYwhere, we were listening to these monsters of the Blues and Blues/Rock."

When asked about other mentors, Costello remembers one individual in particular. "The most influential teacher I studied under was Laurier Beaulieau. I forget how we found him, but Laurier can play anything with strings on it, in practically any style you can name. He made me learn all of them: blues, rock, country, classical, even finger-style. We still get together from time to time to work on finger-style." Steve continues, "I also spent many hours teaching myself, by ear, by watching Youtube videos, and by reading tabs. The learning process never ends."

As an independent artist and emerging entrepreneur, Costello saved up what he could from playing out through the years. With the help of family and a price break, he booked studio time at Phase One Studios, Toronto, Canada, in 2013. Two locally-known, session musicians were hired for the recording. "I was in a band a few years ago with Kevin Barbe (24), the bass player, but unfortunately that band fell apart when another member quit unexpectedly. Kevin went on to find a good job outside of music, but was kind enough to come in on the recording of the album. Apart from his punchy style on the instrument, he brought some great ideas to the bass lines I'd written for the songs, both before we got to the studio and during the recording process." The drummer, "Robert Sibony (40), is also a great friend of mine and was involved quite heavily in the writing process, laying a solid foundation for all of the material and giving me exactly what I imagined for the tunes when it came time to record them." 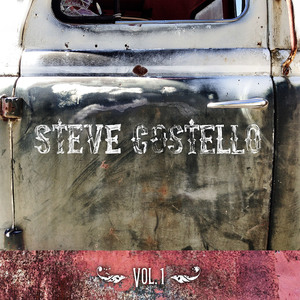 "One of the biggest challenges in the writing of the tunes was coming up with the lyrics. I had to force myself to write," says Costello, who has a stockpile of music scores without words. "In my previous bands that task had almost always fallen to the singers. Which brings me to the second major challenge—singing! I'd never done it before and never really wanted to do it. But after five or six years of trying to keep bands together, and relying on other people, I realized that if I didn't give it a shot on my own, I might never get my career off the ground." Costello spent six months writing the new material, avoiding harsh language and dark themes, best serving an "all ages" listening audience. "I purposely shortened the guitar solos," he says, of keeping the tracks under that 3 1/2 minute, radio-friendly mark. "We'll extend the solos and jam longer in a live performance."

For me, the entire album is kick-ass rock 'n roll! Costello's raw, unfolding talent is evidenced by his experimentation with various rhythms and styles, encorporating electronica, 70s/80s classic rock beats, greasy blues riffs, alternating progressive chords, acoustic instrumentation, danceable melodies, and a bit of old school thrashing and headbanging, into the mix. I'm pleased to call myself a fan and add Steve Costello, Vol. 1. to my ever expanding music library.

The lead track and first single,"Too Late", is catchy, up-tempo, a danceable number that seems perfectly fitting for today's modern rock scene. Costello's vocals and guitar hooks are instantly appealling and memorable. And lest not forget, he's a good looking guy (which is part of the overall marketing package). So, move over Daughtry, Train and Philip Philips, there's a new Canadian rocker on the block.

Watch the Too Late video:

"Lady Libra", "Lie Machine"--which has a new Youtube video, and "Insane" are other stand out tracks. "Prodigal Son"and "Took It All" were previously recorded instrumentals, but Costello added lyrics to them for this album. (I wonder what other gems are in reserve?) My favorite song, though, is "Evil", a hard-rocking, greasy blues track I'm drawn to again and again. I've played it at least a couple dozen times. (Go figure...) Willie Dixon penned the blues number later recorded by the American rock band, Cactus, in 1971, for their album Restrictions. I'd never heard of Cactus and wanted to hear their version. It's terrific and gritty in all the right places--more bluesy then this. Still, in comparison, I think Costello and his bandmates due a bang-up job keeping to the melody, driving the beat with all their pent up youthfulness, which brings out the rock edge.

Check out Evil the video below. I love it!

Steve's had a lot of support from his hometown. "It was great. I finally got to put a face to these radio personalities," he says, of a recent appearance on the "Terry & Mell" show, the longest running morning program at Sudbury's Best Rock Q92. Then, Records on Wheels, an independently owned record store is promoting the CD. Record Store Day's website remarked, "Records on Wheels is a permanent fixture in Sudbury's music scene."

Here in the USA, Rockin Robin's Hot Mix 106 with Rockin Robin has been kind enough to add "Too Late" to her playlist. Rockin Robin's new Indie station kicks off September 24, 2013. Be sure to join the event.

Plans to tour with a full band are being discussed, with dates to be announced at a later time. 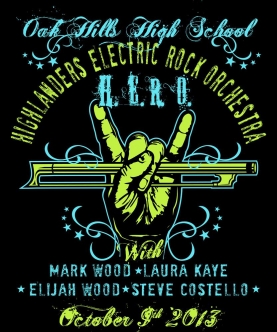 Meanwhile, Steve has a wonderful opportunity to tour with the Mark Wood Experience, a youth rock orchestra. Performances are scheduled for Poland, Cincinnati, Ohio and Salt Lake City, Utah. The group is headed by Mark and his lead singer/wife, Laura Kaye. Mark is considered to be the "Les Paul of violins" and is a co-founding musician of Trans Siberian Orchestra. Their son, Elijah Wood, a supremely talented drummer, met Steve via Youtube, in 2011. The two have recorded a few instrumentals tracks. Those videos are viewable on Steve's (and Elijah's) YT channel.

Steve is especially psyched to be part of the tour: It's his first big break. He and Elijah will perform two or three new songs from the album at each show. (I'm eager to see those videos.)

Costello's Youtube channel features 23 videos, including "Too Late", "Evil", and instrumental track, "Strat-o-matic", from a previous EP. New music videos are being filmed shortly. Bio, lyrics, tour info, merchandise and SEVERAL FREE SONG DOWNLOADS are available at his official website. Plus, interact with Steve on Facebook (I promise, he won't bite.) or become an active part of his music career by signing up for the Street Team. Independent artists need our help!

So...if you know someone who says, "ROCK IS DEAD," buy them a copy of Steve Costello, Vol. 1.; plug in a set of headphones and turn the volume up to max! At $10 (plus shipping), the hardcopy's a steal and the gift that keeps on giving!