The Newport Jazz Festival is one of New England's shining stars in contemporary and legendary jazz performances. Every year, people from all over the world engage in this community of music that makes an impression on the listener for years to come. The waterside setting of Fort Adams, with all of its history and convenient facilities, make it a destination for summer revelers, some sailing in their boats and docking for the day to join the party. The only negative thing about this great event is choosing among the list of performers who happen to be playing at the same time on different stages. With three venues of world class jazz and cutting edge experimental ensembles in the same place, decisions are tough.

At the 2013 Newport Jazz Fest, I had just finished seeing Esperanza Spalding and was running across the cobblestone path behind the Fort Stage. I darted toward the back field for some surely needed rest and refreshments. Suddenly, I stopped dead in my tracks, making a complete turn around. In this moment, I heard the first tones of a smooth, velvet voice that bellowed over the grasses. Deep bass in vocals and instruments drew me closer and the sax was like a siren calling all near. Forget the break. In the expanse of the sea breezes that day, the spirits of Lou Rawls and Marvin Gaye came alive in jazz forms. It was Gregory Porter and his band. I was fixed.

This man sounded like "light". Humble with his now signature jazz hat and gentleman suit, he held a presence of quiet inspiration, yielding joy and surprise to the radius of anyone in earshot. Who needs yoga, good luck, sunny days or Santa Claus? We had all we could ask for right here in this man's music. He was leading the crowd to chant, "There will be no love that's dying here ..." From his new release, Liquid Spirit, on Blue Note records, Gregory Porter is just getting started in telling us all that he has to say. It was hopeful, empathic and joyful, even in th lyrics of life's struggles.

My 10 year old daughter and husband were decked out in the back fields of the Fort Stage, happily enjoying their Del's and peanuts. With the start of the title track, "Liquid Spirit" as soon as Aaron James' bass started, I started running to get them. I knew they MUST see this artist. As I ran, I could hear Albert Crawford's piano skipping along the keys like the Newport sun reflecting on the water and I wanted to share this. My husband wanted to stay put, but my daughter rose up for the adventure. Telling her I had a 'jazz and soul man' I wanted her to see, I grabbed her hand and we raced. "You'll dance!" I said ... "You'll clap" I said ... and she yelled "I'm IN!" While holding her straw hat, purple sun dress flying, we cascaded through the crowd like kites. Kids are not allowed through the press gates, so we had to run across the park, through the gates, to get around back to the Quad Stage again. A much longer trek than going through the Fort Stage, but as a parent, some of life's lessons are worth the effort.

"Watch what happens when the

When the water hits the banks

of that hard dry land."

When we got there, the area was overflowing with people. Some were dancing in their seats, laying on the ground, hugging each other - amidst photographers who were hurrying to catch any glimpse of Mr. Porter. I skipped my photo ops, took a few distance shots and just danced with my daughter. Porter was so humble and consistently positive, everyone wanted to be part of his presence. "Work Song" from the album, Be Good, brought an intense blues gospel run to the whole set and Mr. Porter, as well as the band and the crowd, were on fire. Bringing it on home with clapping, chanting, and fast paced inspirational playing, to a knock out punch. Reverence and history plowed through the fields until everyone was free. From the album, Be Good, the title track was then played, lovely and bellowing in jazz brilliance. "I Fall In Love Too Easily" from Liquid Spirit showed off Crawford's piano expertise and Porter's vocal controls. 1960 What? shows the soul of Porter in true soul style. Much of soul music are love songs, but the core of soul is love of people, love of justice, love of standing for what's right and honest without apology. Gregory Porter has a solid core of humanity, permeating all that he does. There is an intensity to be reckoned with, as the freedoms in life he does not take for granted.

And the band - what a band! Yosuke Satoh on alto saxophone was a centerpiece in many numbers. The perfect compliment of musical height to the width and breadth of Porter's voice. They were all great musicians, who kept time with each other in traditional jazz forms, brass, sax and hip percussions. They took off in eclectic creativity, while drawing into funky grooves when the songs demanded. And they were smiling ... at each other, at the crowd - and seemed to wittingly surprise themselves with their talent.

I will never forget the opportunity to see Gregory Porter at the Newport Jazz Festival and we are thrilled that Mr. Porter has such a following in Newport and around the world. It was a personal triumph for me, to have the privilege to be present at the festival with my family alongside to enjoy the music, art, culture and truly liquid spirit of the event. Artists such as Gregory Porter come rare. His presence has lasting impact. Catch his performance if you have the chance.

Gregory Porter's record, Liquid Spirit on Blue Note is a gem to behold. 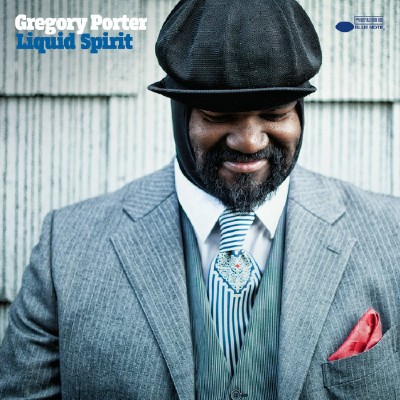 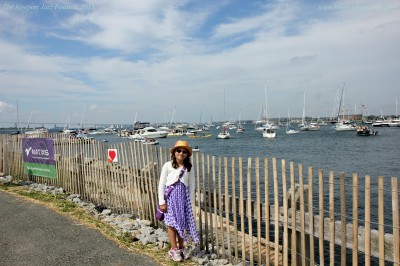