The World Celebrates 50 Years of The BEATLES! 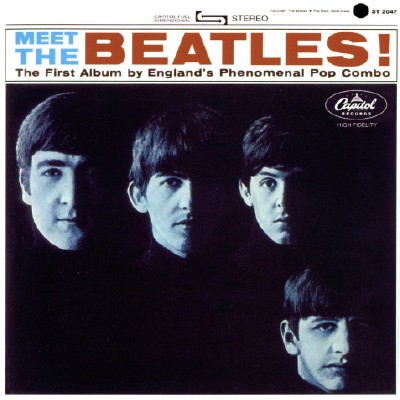 On February 9, 1964, The Beatles made their debut on the Ed Sullivan show.

The world is celebrating the impact of this media event 50 years ago today.

Prior to this, in 1963 - Critics and artists had scrambled to explain: The Mersey Sound from Liverpool.

Beat music, British beat, or Merseybeat (for bands from Liverpool beside the River Mersey) is a pop and rock music genre that developed in the United Kingdom in the early 1960s. Beat music is a fusion of rock and roll, doo-wop, skiffle and R&B. The genre provided many of the bands responsible for the British invasion of the American pop charts starting in 1964, and provided the model for many important developments in pop and rock music, including the format of the rock group around lead, rhythm and bass guitars with drums.

The US news critics and adults tried to either understand or squelch the overwhelming wave as a fad, but we all know what happened next.

Fans knew before the critics, that the band was a phenomenon like no other.

Early shows brought screams from followers that made them an almost instant success.

50 years later, bands and music lovers from around the world still site the British artists as the most influential in their songwriting and careers. We celebrate not only The Beatles, but The British Invasion of bands from the UK who brought rock and roll to the next level of creativity, harmony, and risk taking on the edge of forms.

For a comprehensive collection of The Beatles discography and new opportunities for downloads,