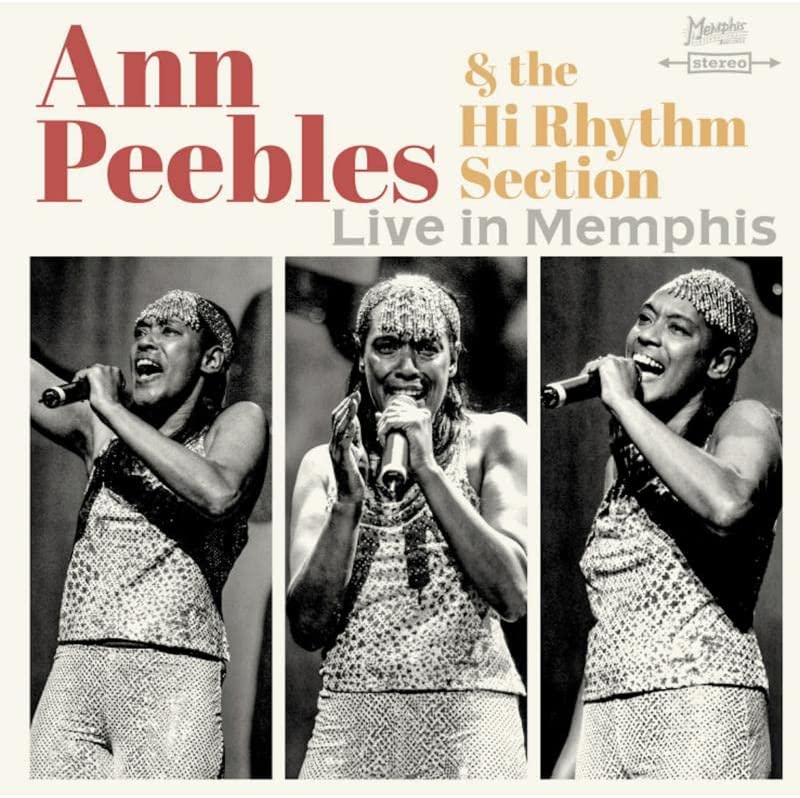 There is no wonder why an authentic force of nature like the Soul, R&B and Blues singer/songwriter Ann Peebles used to be one of John Lennon's most favorite singers ever.

Peebles, who was inducted back in 2014 at the Memphis Music Hall Of Fame, has certainly been one of the hottest names in the music industry between 1969 and 1979, when she reached worldwide popularity with hit singles such as I Can't Stand The Rain and I'm Gonna Tear Your Playhouse Down, among others.

Unanimously recognized as one of the most talented singers around back then, thanks also to a stint of successful albums released through Hi Records, Peebles' career seemed to be destined to an even longer lasting career, due to the enormous talent expressed by the American singer/songwriter. But after a decade of musical triumphs, Ann Peebles decided instead to focus her energy in spending time with her family, after her marriage with Don Bryant, who was at the time, also Hi Records chief songwriter.

The American artist, in decades to follow, released three more studio albums and continued to perform live up until 2012, when a heart attack occurring the very same year convinced Ann Peebles to retire once and for all from performing live.

During her whole career, the American singer, now 75, had never released a live album that would give the right justice to Peebles' fabulous vocal skills and her ability as a live performer, especially in those performances where the Hi Rhythm Section was accompanying her on stage, the latter being an incredibly talented collective of musicians who played on many of Ann Peebles' records.

Now, thanks to the tenacity of entertainment consulting firm's president SPECS David Less, a live recording from Ann Peebles & the Hi Rhythm Section from 1992 has finally come to the surface.

This live performance, recorded at The Peabody Hotel in Memphis on February 1992 and produced by David Less himself, it sees Ann Peebles displaying a remarkable amount of vocal power and strength, plus, an effortless capacity to command the stage with her presence and with her enormous talent throughout the duration of the show.

The Hi Rhythm Section, who coincidentally and rather sadly lost this year one of his founding members, Howard Grimes on drums, provides, on this specific live performance, a superb body of work, complementing Peebles' singing with some truly layers of impressive musicianship.

For those who are not entirely familiar with Ann Peebles' discography, this live concert will leave you positively mesmerized, by the time you reach the last track of the record. From the classy and sophisticated opener If I Can't See You, through a Soul and R&B masterpiece song like I Feel Like Breaking Up Somebody's Home (who was later recorded by Bette Midler and became also a successful hit for Albert King in 1973), right to Peebles' perhaps greatest hit ever I Can't Stand The Rain, performed with great intensity and elegance by the Missouri-born Powerhouse, the Live In Memphis album is a cascade of musical purity in motion, a little like the perfect sonic puzzle, where the interplay between Peebles, the Hi Rhythm Section, the Horn Section and the backing singers walks hand in hand at every stage of the performance.

Live In Memphis is one of those very rare album that speaks to one's heart as soon as Ann Peebles hits the stage with her extraordinary talent. Moreover, it is a record that reminds us once again the power and the beauty of one of the greatest queens of Soul and R&B ever lived.