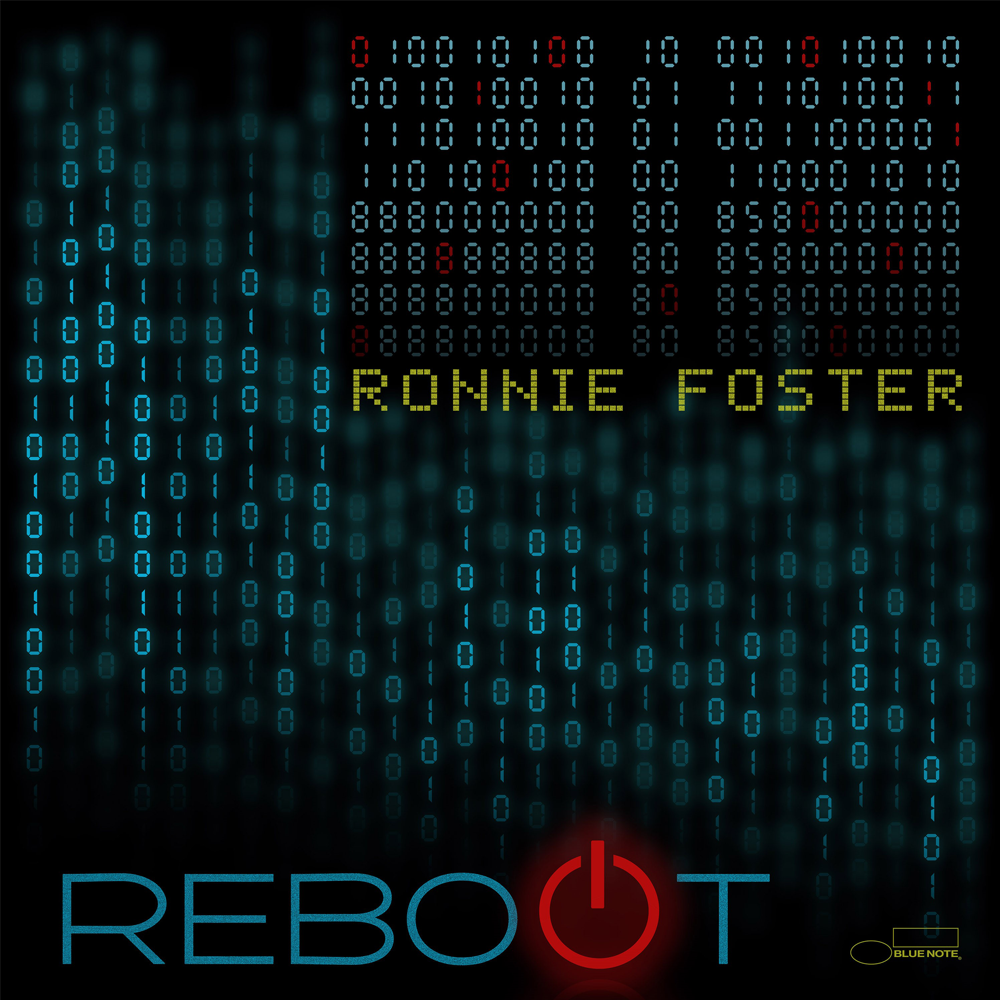 There is nothing more difficult for a music writer than to write about an absolute, universally recognized musical living legend of Soul, Jazz, Funk and R&B like the 72-years-old from Buffalo, New York, Ronnie Foster.

To talk about the outstanding career of a musician that is considered among the very few last living Maestros of Hammond Organ, an instrument that Foster has mastered from early adulthood, it would take not days but perhaps weeks, given the magnitude of Foster's musical pedigree.

In a year that marks the 50th anniversary of Foster's 1972 Blue Note epic debut album Two Headed Freap (coincidentally Foster releases his new studio album once again with the same legendary record label that released some of his most brilliant solo albums of his musical career), the American artist returns in 2022 on the music scene with a brand new record called Reboot, a record that is not only a definitive testament of Ronnie Foster's huge talent but also, in many ways, allows Foster to create a full circle about his life as a human being and as an artist.

About the latter and for a start, together with a highly skilled guitarist like Michael O' Neill, Foster has asked his son Chris to play drums on four of the nine cuts included in Reboot, a record where also Foster’s daughter, Kaylie, shot the album's session photos and also designed the secret coded cover present on Reboot.

Furthermore, Reboot, throughout its whole length, it echoes many musical experiences in Ronnie Foster's career, like the piece called Carlos, a composition inspired by his fellow musician and friend Carlos Santana or Isn’t She Lovely, a cover from Ronnie Foster’s old friend Stevie Wonder, a tune that represents another of those "Full circle" moments (Foster played on Stevie Wonder's 1976 record Songs In The Key Of Life, where the song came from).

One thing that never changes, thankfully for all of us and despite the passing of the years, it is Ronnie Foster's incredible improvisational skills and the way he keeps on re-defining time and time again the idea of playing in Free Form, when it comes to create music.

From the musically robust, opulent opener and album title-track Reboot, where Foster showcases an irresistible sequence of musical passages of Fusion, Jazz and Funk, right through the piece called J's Dream, a Gospel transformed in a quasi-New Age sounding tune, with his Hammond Organ drawing some truly melodious and ethereal passages of great effect and intensity, then going to the jugular of the listener through a vivacious and rampant sequence of three compositions containing Latin American-infused vibes, called respectively Sultry Song II, the aforementioned Carlos and After Chicago, it is rather fabulous to notice that Ronnie Foster's playing style still exudes that power, intensity, joie-de-vivre, swagger and desire to let loose his enormous talent to guide him to yet unexplored sonic territories. Something that defined him (and still does), from the 70's era, as one of the most exuberant, accomplished and imaginative Hammond Organ players worldwide.

Reboot is, fundamentally, an album that carries within a pure and honest sentiment of joy for music and life. Played to perfection by Foster and each individual musician taking part to the record, Reboot may as well represent the start of a second artistic life for this extraordinary American artist who, despite a career that runs beyond 5 decades, has not released enough studio records to display even further his talent but privileging instead more live performances and collaboration with fellow artists on their studio albums.

An album to listen and love from beginning to end, Reboot is an authentic gift from Foster to all us music fans around the world, no matter a listener's age. A gift to cherish and to pass to the next generations of music lovers, to remind them of the stature and talent of a true pioneer and champion of the Hammond that is the one and only Mr. Ronnie Foster.