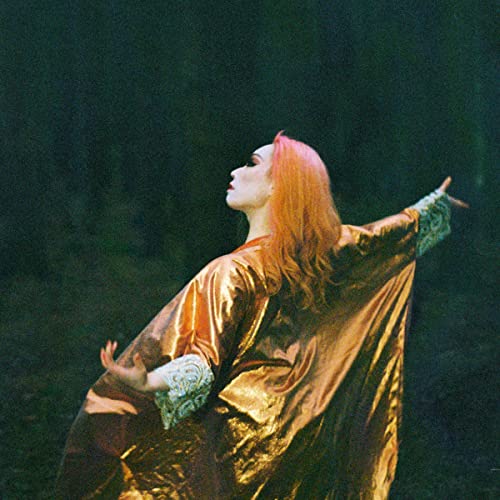 When it comes to the idea of using music as a vehicle to release their own freedom of expression, very few artists are able to achieve levels of creativity, perfection and sophistication in their musical language as much as Naoko Sakata does, something that exudes strongly and clearly in the Sweden-based Composer's new album, called Dancing Spirits.

Recorded during two days at Annedalskyrkan, a church in the city of Gothenburg, Sweden, Dancing Spirits couldn't find a more adequate location to allow Sakata to unleash the fundamental concept running behind the seven Improvisation included in her new record, a free-form concept that allows the Pianist to explore the spiritual side of herself, through a series of instrumental dialogues with the artist's own soul, where, most likely and in view of the album title, Naoko Sakata let some imaginary Spirits inhabiting her body to fly free through her music, using Sakata as their vehicle to narrate their own stories, through the Japanese Composer's masterful playing style.

One of the greatest gifts that an album like Dancing Spirits carries within, it is related to the way that each and everyone can see or read the narrative of the album on their own and to interpret it in the way that they feel like, through the sound of Sakata's wonderful and inspired piano playing style.

As always, one of the aspects that makes a Naoko Sakata's album very special, it is due to the unique playing style used by the artist in each of the Improvisations; a style that, at first listen, it may come across as erratic and unconventional but in reality, able to design cleverly and clearly the storyline of each piece part of the album with profound intensity and effortless ability.

Sakata uses the opening and closing Improvisation (1 and 7) of the record as a way, perhaps, for her (and in our own personal interpretation), to pinpoint first those troubled imaginary Spirits living inside herself to then, through the closing Improvisation of the album, watching them walking, hand in hand, towards a more serene and hopeful spiritual path.

Naturally, Improvisation 2 to 6 are pieces inhabited, from a narrative perspective, by those imaginary Spirits, who, throughout each of the Improvisations played so superbly by the Sweden-based artist, are allowed to release all their darkness and anger out in the space, letting themselves flying free in a whirling dance and bringing them, one by one, in a better place of their soul.

When presenting the album to the press, Sakata had described herself, while working on the record, as someone whose body "becomes a conduit for expressing the music that I can hear in my head. There are no obstacles to its realization and I don't follow rules on how to make it happen".

If it is true that every record tells a story, Sakata's Dancing Spirits tells one of the most profound, fascinating and breathtaking sonic journeys of the 2021. A journey where an artist and her music become one body and one soul, through an album that frames beautifully another mesmerizing chapter in the career of one of the most inspired artists of this generation.