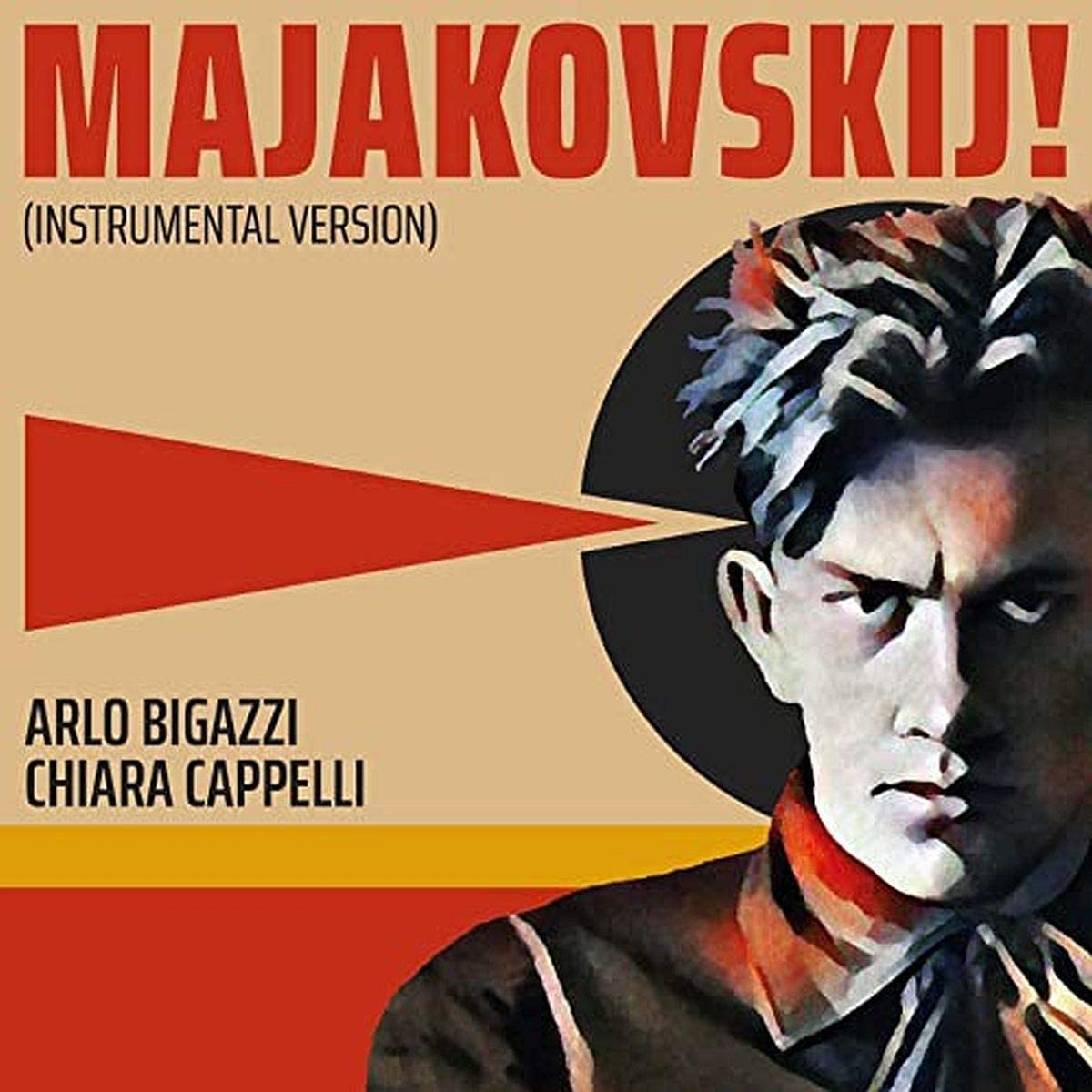 The study of such a prominent player in the history of Russian poetry has been, for the last few years, at the center of the attention of Italian musician, composer, producer and writer Arlo Bigazzi and actress Chiara Cappelli, who decided to put together an elaborate but highly evocative protean project called simply Majakovskij!, who could embrace the same Russian artist's writing concept of using art in a multifaceted way, enabling him to express social viewpoints in different ways.

The project Majakovskij!, who took several years for Cappelli to translate Majakovskij's poems in Italian language from Russian, so to ensure a correct and non-libertine interpretation of the Russian writer's words and for Bigazzi to find the right soundtrack that would enhance perfectly the body of work of such an important poet and writer, it became initially a theatrical performance, where Chiara Cappelli would be reading the script in a narrative style, working almost as a sort of ideal tres-d'union, between Bigazzi's musical soundscape and lyrics, matched with parts of Majakovskij's poems, in order to create a strong and emotionally fuelled tension and dynamic on stage.

But Majakovskij! was destined not only to become a stage show but much more than that. Bigazzi and Cappelli launched several videos on the net, related to their wonderful project, then a book, containing the whole script of the theatrical show and also a double CD of the whole project, that would incorporate the entire stage performance on the first disc plus an added bonus CD, including instrumental versions of most of the material of the first disc, performed by Bigazzi and his musicians but without Cappelli's narrating voice.

Although, given the current, difficult times we are living, it will be challenging for Bigazzi and Cappelli to bring back on stage anytime soon the theatrical version of this very inspired project, due to restrictions imposed by the global pandemic, it is truly remarkable the way that Bigazzi and Cappelli managed to bring the very same intensity of their stage show back into the CD format.

To have a full immersion in the Majakovskij! world so powerfully recreated by the vision and the artistry of Cappelli and Bigazzi, to have the book with the script in front of you while listening to the CD, it is highly recommendable, because it will give to the reader and listener a fabulous double whammy that will attract even more the interest, we are sure, of thousands of people.

Chiara Cappelli, in the role of historical Racounteur, sets the scene immaculately for the listener in each of the passages of the Majakovskij! opera. The vocal emphasis that the actress puts in every stage of the performance, it translates accurately the moods of the Russian poet, his hopes and fears, his anger and his overall way to see the world surrounding himself.

Arlo Bigazzi did most certainly a fantastic job in not only writing the best part of the screenplay and coupling it with some of Majakovskij's own lyrics, but also an equally vital one in composing the whole soundtrack of the opera. One of Bigazzi's many great skills, on a musical level, has been that of finding the way to depict in a sonic form the right scenario for each of the passages of the Majakovskij! project, by applying layers of Jazz, Trip-Hop, Ambient and Electronica with exquisite care and precision. As a welcome addition to the project, Bigazzi also called extraordinarily talented musicians to work with him on the soundtrack, including Marco Furelli and Francesco Frank Cusumano on Guitars, Mirio Cosottini on Trumpet and Flugelhorn, Bigazzi and Cappelli themselves, respectively on Electric and Acoustic Bass and Programming (Bigazzi) and Theremin (Cappelli), Mirko Guerrini on S & T Saxophone, Michele Marini on A. Saxophone, Blaine Reininger (also co-founder of the cult-band Tuxedomoon) on Violin, Guido Guglielminetti on Fretless Bass and Lorenzo Tommasini on Keyboards and Programming.

Majakovskij!'s subtitle, translated from Italian, it means "The future comes from the old but has got a boy's breath" and in many respects, it reflects very well the way that Bigazzi and Cappelli have written, performed and portrayed, through their unique vision, the image of an incredibly intense writer and poet like Vladimir Vladimirovic Majakovskij.

Hats off to Cappelli and Bigazzi for this inspired multimedia project, for their individual talent and for the insane amount of work gone to researching, translating, writing, composing and building altogether the ultimate homage to not only a symbol of Russian Poetry and Literature  but to a man that saw the future through the eyes of a boy and the spirit and tenacity of a hero living in a dark and dangerous bygone era.

Majakovskij! is out now and it is available to be purchased at Materiali Sonori