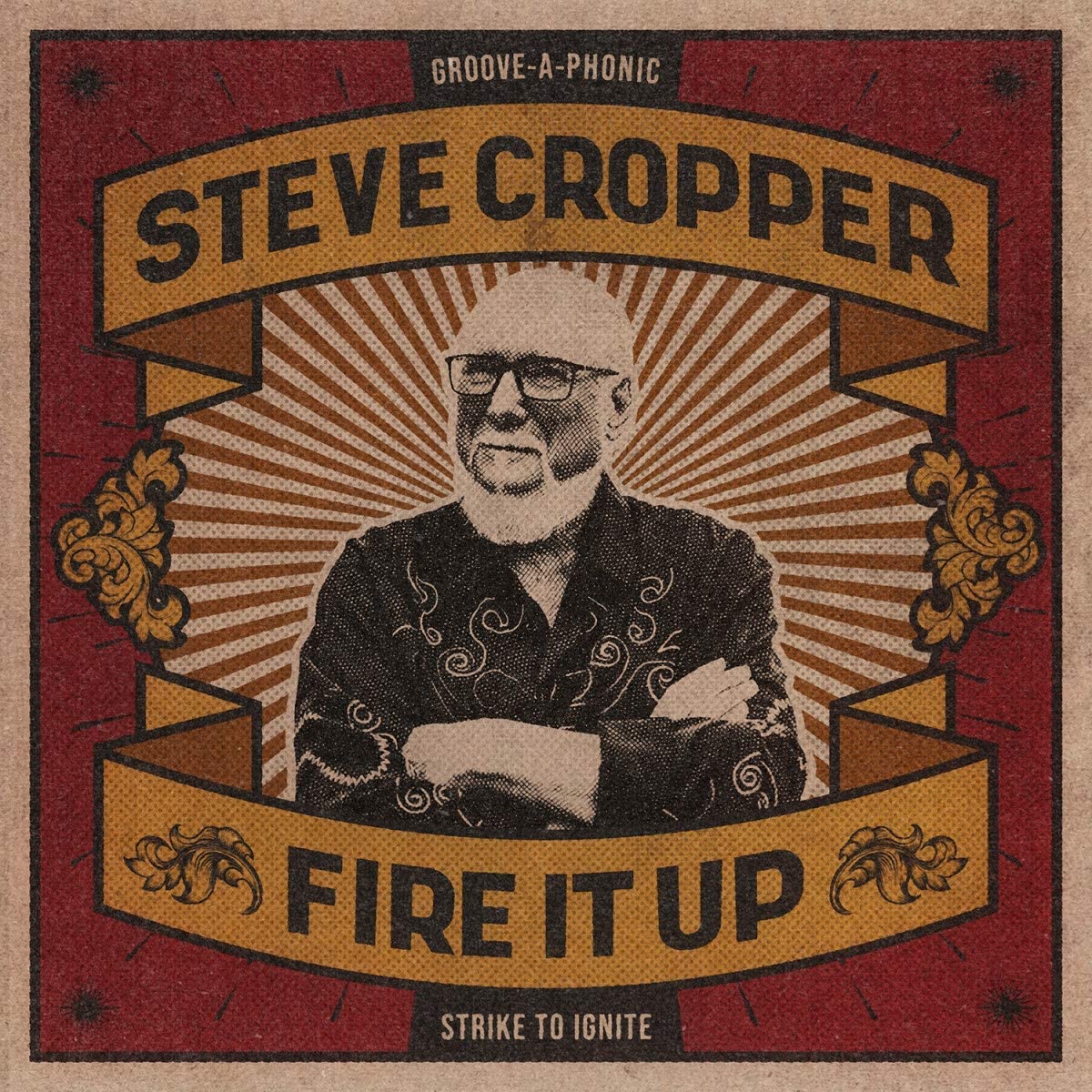 Cropper is one of those artists whose career is an open book for all true music lovers; his many decades spent in music stardom, either as a founding member of the Blues Brothers or while working with worldwide phenomenons like Sam Cooke, Otis Redding, Ringo Starr, Wilson Pickett, John Lennon, Sam & Dave, among many more, tell you all that you need to know about the role that Cropper and his guitar have played during the last 6 decades of Soul, R&B, Funk and even Rock And Roll.

Through his new record, Cropper has managed to put together some of the coolest and most renowned names in the music business working on his new record, like singer Roger C Reale, his long-time friend and collaborator, multi-instrumentalist Jon Tiven, keyboardist and vocalist Felix Cavaliere and Nioshi Jackson on drums. Talking of drumming, on a very strong record like Fire It Up, Cropper couldn't resist to the idea of adding even more power to the already strong wall-of-sound created by Jackson normally, deciding to call even more badass drummers to work on his record, like Anton Fig or Genesis' Chester Thompson, among others.

Steve Cropper's new record is an absolute joy to listen to from the beginning to the end; the extraordinary craftmanship displayed by the guitarist throughout the whole of Fire It Up is simply astonishing. At the age of 79, Cropper's guitar sound emanates the exact same amount of swagger, creativity and inspiration that we have all learned to love and cherish through the years, since his time with the Stax Records.

While listening to Fire It Up, you cannot help yourself by turning up the volume on each of the songs present on the album. Cropper and his fellow musicians work so perfectly in unison and the expert hand of Cropper, not only as a guitarist but also on the production side of the album, is clearly strong and palpable in every step of the way.

The quality of the songs included in this remarkable album is so high that it would be very unfair to select one or few tracks as highlights, off this truly splendid record. Reale's voice carries equal emotion and intensity either on little Soul jewels like Say You Don't Know Me or Heartbreak Street, or on great R&B uptempo tunes, like Out Of Love and I'm Not Havin' It, the latter, one of the best songs ever written by the American Guitar Maestro.

Fire It Up it is an outstanding journey into the roots and the development of music genres that are at the backbone of the history of American Music. The opening and closing instrumental jam off the album, for example, called Bush Hog, it just goes to demonstrate the massive contribution that an artist like Cropper has given and still gives to the growth of genres that, too often and rather sadly, get ignored by the big radio stations because not considered "catchy enough" in the modern world.

Cropper's new album is a shiny diamond to be loved, protected and safely kept in the safe of American History for centuries to come, so to remind not only to us but to the next generations too, what Soul, Blues and R&B are really made of and where they come from. Most importantly, for every respected music lover, Fire It Up is an album to be bought and to be played loud each and every time.