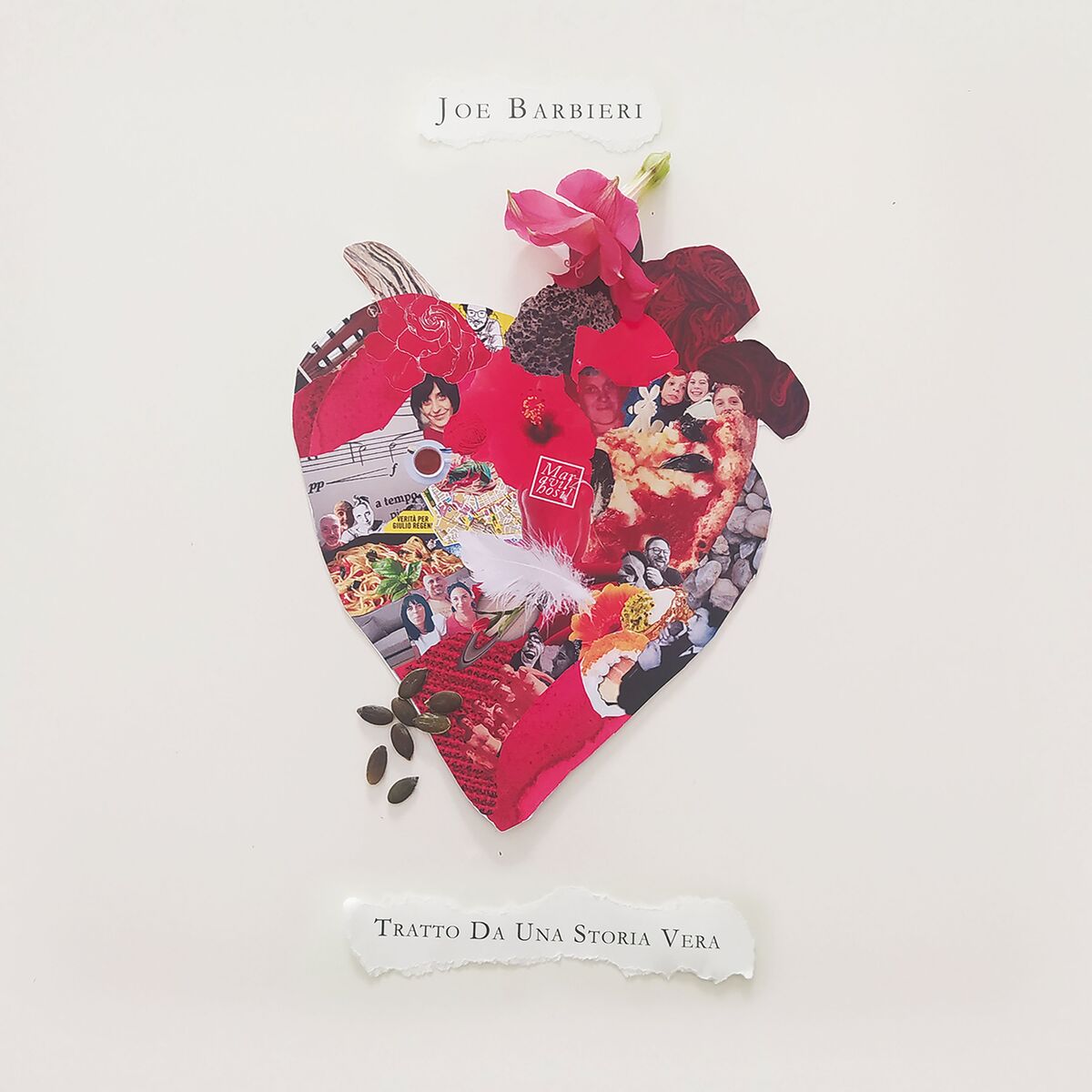 Moments in the history of the world like this we are all in right now and where we have all been for almost 20 months, have made millions of people realizing not only the importance of living the present in the best way possible every day but also opened up many different kind of fears.

That is the moment when we all find refuge onto Memory Lane, thinking of what and who really matter to us all, moments, places we have been and all the roller coaster of emotions that life has gifted us with since Day One of our existences.

It might be possible that some of those thoughts have gone through the mind of the Italian Jazz singer/songwriter and multi-instrumentalist Joe Barbieri, who through his new album, called Tratto Da Una Storia Vera (in English meaning Based On A true Story), opens up his very own Memory Box with disarming sincerity, from a lyrical perspective and displaying once again why the Napoli-born Artist is rightly considered one of the most talented, inventive and versatile performers in this genre.

Whilst Barbieri is mostly labelled as a Jazz Artist, by the majority of the Worldwide Music Press, our website sees the Italian singer/songwriting in a much wider light, especially through an album like Tratto da Una Storia Vera, where Barbieri unfolds in full his musicianship through some inspired arrangements and orchestrations that see layers of Bossanova, Waltz and Pop added to the superb Jazz platform of musicians that Barbieri surrounds himself with, on this truly spectacular record.

One of Barbieri's strongest skills, as a Music Artist, is that capability to dictate the tone and the tempo of a song through his heartwarming vocals, rather than expecting the music to do so, just like an orchestra conductor would do. That aforementioned, truly unique talent, allows Barbieri every time to design a net of emotions through his wonderful voice, embarking the listener in his personal journey with extreme elegance and refinery.

Barbieri's new album digs in the Italian Artist's past and present, by evoking memories of musicians he had always loved and respected, like the late great Italian Blues Maestro Pino Daniele, to whom Barbieri dedicates a truly touching cover of one of Daniele's many hits, called Lazzari Felici.

Tratto Da Una Storia Vera is as autobiographical, as a record, as it can possibly be. There is Barbieri's homage to his city, Napoli and its Football Team that he so much loves, in the song called Vedi Napoli E Poi Canta and the fear of tomorrow's world in a song like Tu, Io E Domani, sang together with fellow Italian Singer/Songwriters Sergio Cammariere and Tosca, with Barbieri expressing so passionately his love for those he so much cares for and may not see for an unknown amount of time, due to the pandemic.

The Italian Artist, together with writing some of his best material to date, he has surrounded himself by the Cream of Italian Music, in the making of this splendid record. Together with Cammariere and Tosca, as previously mentioned, Barbieri has also invited to duet with him on Tratto Da Una Storia Vera another Italian Superstar like Carmen Consoli, on the song called In Buone Mani, a sort of semi-acoustic song, with clarinet and double-bass creating a fabulous sonic carpet that enriches even further one of the most inspired tunes of this splendid album.

It is very important also to mention the excellent body of work that went into Barbieri's new record, from those hugely skilled musicians that played on Tratto Da Una Storia Vera. From Pietro Lussu on piano and Rhodes to Daniele Sorrentino on double and acoustic bass, or from Special Guests Fabrizio Bosso on trumpet to the clarinet Quartetto Davabugi, the latter producing a true, masterful performance on clarinet on one of Barbieri's many inspired songs, called Manifesto, Barbieri's new album is a complete statement about an Artist that breathes and lives music with extraordinary passion and artistic integrity on every new chapter of his career.

It doesn't really matter whether you understand or not Italian language, because Barbieri's songs will go straight to your heart, anyway. Let yourselves guide into Joe Barbieri's own world, through this record, because it is a music ride very much worth joining from beginning to the end.