Reverend Jack - A Mile From Home 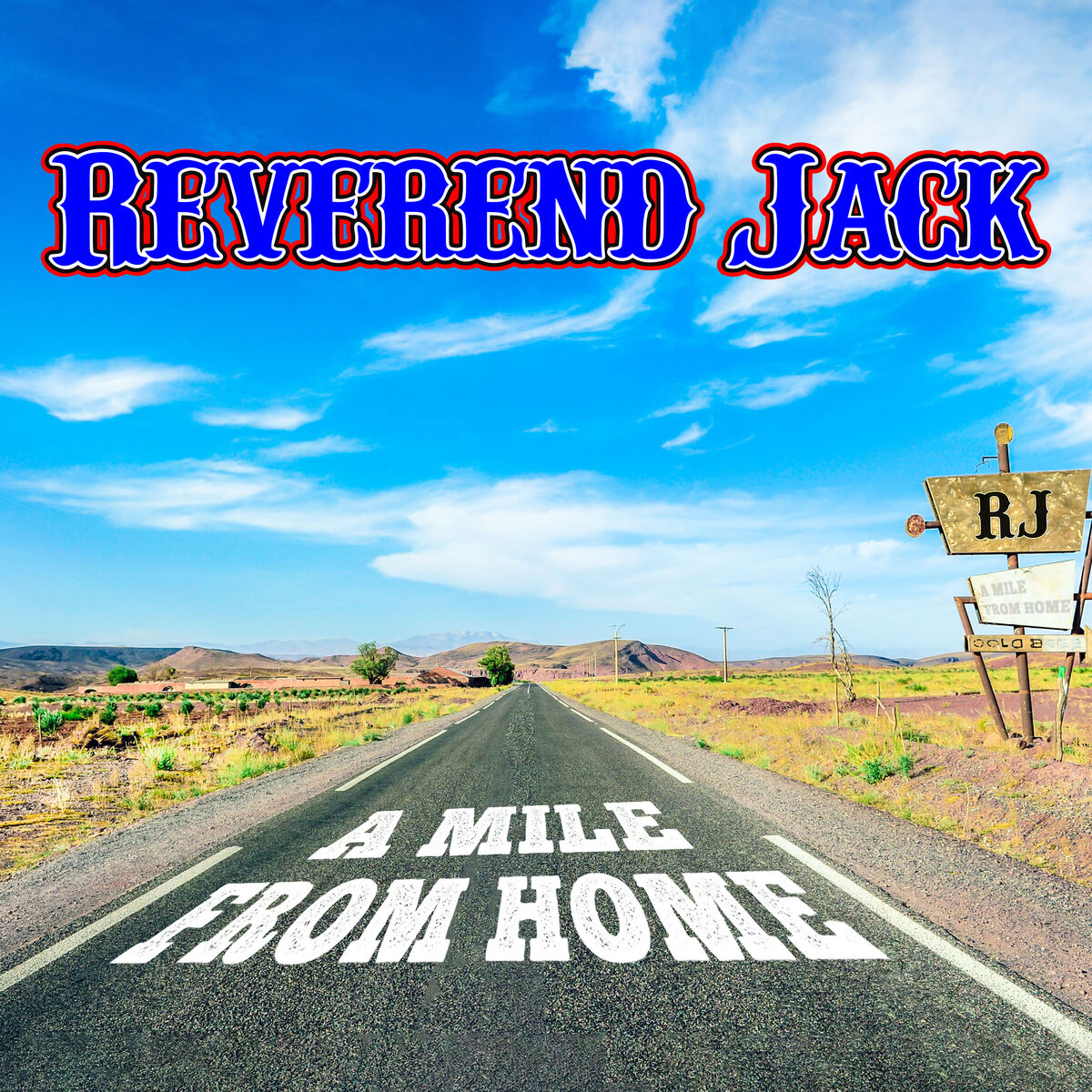 There is something undeniably special, about the contemporary Hard Rock formula brought by Eric Harmon and Dustin Back, aka Reverend Jack, through their debut album called A Mile From Home.

After spending the last 14 months On The Road, prior to the beginning of the pandemic that has hit the whole world, Harmon and Back have been working solidly with some of the biggest names of past and present of Rock'N'Roll, from Foreigner to Jared James Nichols and Crobot, just to mention a few.

Their growing live performing reputation and impressive artistic skills have seen, during the aforementioned period, Back and Harmon to be often joined on stage by members of some of the most recognizable Rock bands around, something that must have certainly given the final push to Eric Harmon on vocals and Dustin Back on guitars to release their first full-length record under the name Reverend Jack.

Whilst many might have known the band, up until now, for their heavily Rock-fuelled trademark sound and strong live performances, Reverend Jack's A Mile From Home does not only confirm, throughout the whole of the album, the individual skills of very talented musicians and songwriters like Back and Harmon but also offers some surprising beautiful sonic variations to their tried and true rock formula.

A Mile From Home, together with some genuinely inspired tunes like Greed, No Face Race and Keeping Rock Alive, among others, also counts a strong number of Special Guests joining the band in most of the songs part of the record. From Michael Bluestein & Bruce Watson of Foreigner to Chris Caffery & Chloe Lowery of Trans-Siberian Orchestra, the duo from Madisonville, Kentucky surround themselves with an impressive amount of equally high talented musicians to help them firing up (if ever that was needed) even further Reverend Jack's musical offer on their first, powerful record.

Reverend Jack's sound takes some interesting twists and turns, especially in the second part of the record, the majority of which pay off big time through songs like Whiskey Fire, for example, a tune that marries the band's traditional Hard-Rock sound with some Rootsy musical layers, an outcome that produces most certainly one of the most atypical but intriguing musical combustion off the whole album.

The American Rock band is also very clever on building potential attention from the Media world by chiseling a tune that gives a clear idea on the band's own sound, adding to it a more Stadium-Rock and anthemic feeling without compromising their musical vision, like they so well do in the tune called Summer Vibes.

Harmon on vocals is absolutely irresistible and his deliveries are crisp, powerful and highly eclectic during the whole of A Mile From Home, while Back showcases in full his strength as a guitar player, through some thunderous guitar riffs of remarkable class. Undoubtedly, a match made on earth between this two highly skilled musicians.

A Mile From Home constitutes a very solid start to Reverend Jack's career, in the contemporary Rock circuit. Strong songwriting and melodies, a tremendous wall of-sound of guitars and a fabulously skilled singer. These boys from Kentucky are, most certainly, here to stay!

A Mile From Home is out now and it is available via Reverend Jack's Official Merchandise website.