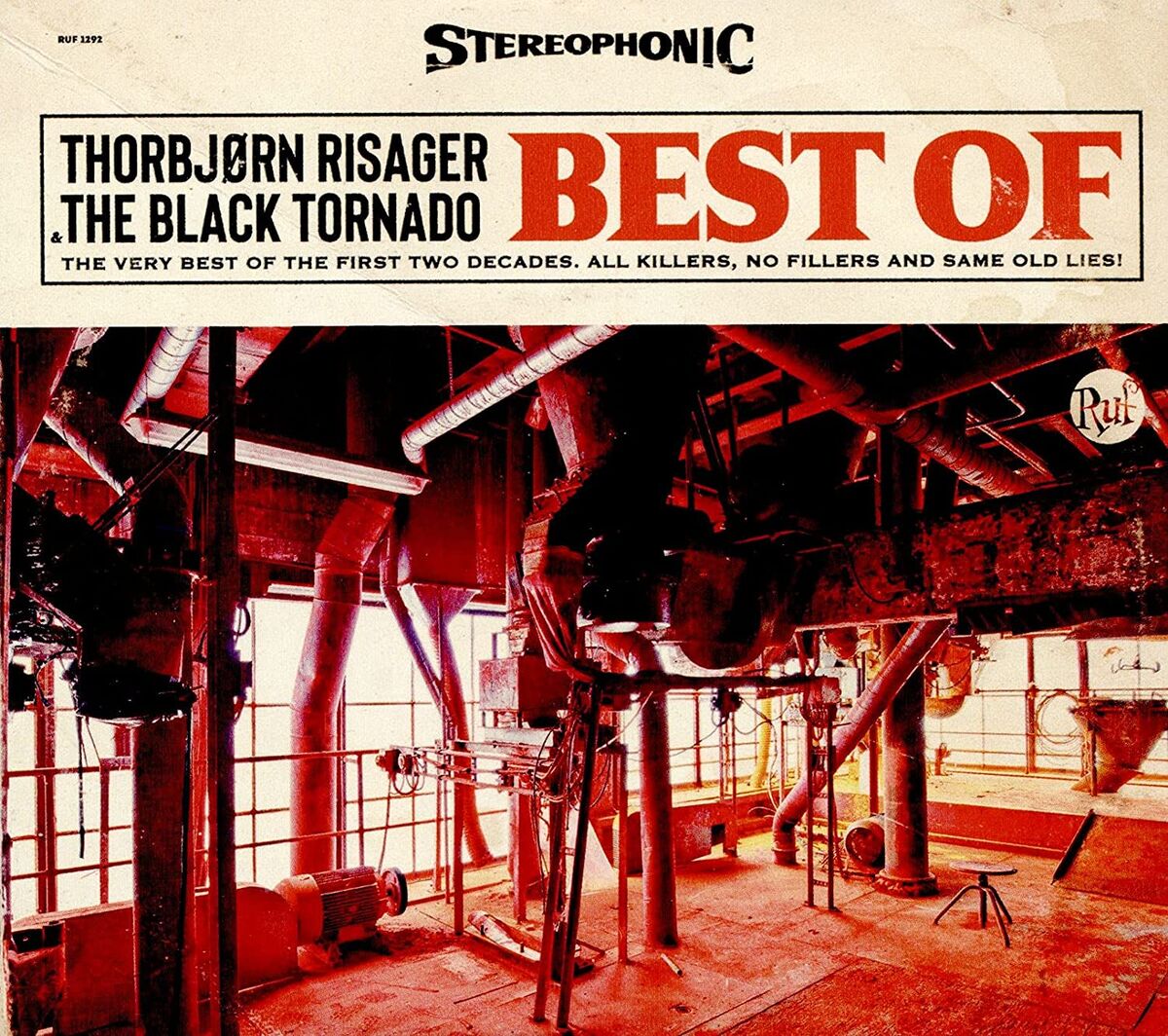 The world of music is a very difficult one to understand. In the last half century, in particular, it seems that often (and sadly) aestheticism supported by low artistic talent is preferred to artists with immense compositional, singing and musical skills, thus placing, in this way, the global concept of "music" at a somewhat immature and disrespectful level.

It may therefore seem a total nonsense that there is still someone who in the last twenty years has never heard of the Danish singer-songwriter Thorbjorn Risager and The Black Tornado, an artist who has, repeatedly, in this first part of the century, produced records of great value and staure, showing off not only talent in industrial quantities but also an eclectic and extensive musical background that is rarely easy to find, in the context of contemporary music of the century that we are currently experiencing.

For someone like Risager, we imagine it wasn't easy to put together his first Best Of, just recently released, given the Danish singer-songwriter's vast music catalog. It comes, as a consequence, not a surprise that Risager, in the end, had to publish a double disc of his greatest hits, even if, surely, choosing the songs to be included in the record would have given him not a few happy headaches.

Risager has been able, within his Best Of, to perfectly calibrate and sip carefully the set-list of the entire double album, immersing new and old fans of his music in a journey through time that touches some of his most successful records, such as the award-winning Too Many Roads of 2014, passing for the most recent Change My Game and Come On In , up to go further back into other gems of Risager's musical past, such as Here I Am from 2007 and Track Record from 2010, among others.

Choosing one or more top tracks within this record would do a very serious wrong to Risager and The Black Tornado, as each track exudes absolute purity of sound from a proper Blues and R&B orchestra like The Black Tornado , inspired and classy songwriting skills and an incredible voice like that of Risager, which is of a power and a truly disarming beauty.

The only never-released-before tune of this Best Of and entitled Same Old Lies - Part Un and Part Deux, beautifully integrates the level of musicianship and songwriting caliber of Risager and The Black Tornado, closing the disc in the best way imaginable.

Each song included in this Best Of will make you dance, reflect, at times even touch the emotional chords of your soul, since what you will hear has nothing altered or counterfeited within. It is just straight-to-your-face, true, genuine, and visceral music, that is to say that it is the type of music that comes from the deepest parts of the soul of an artist like Risager and his The Black Tornado, an artist and a band that are artistic heritage not only of their country of origin, Denmark but worldwide, without fear of sounding exaggerated.

Often the Blues, the Soul and the R&B that comes from Europe have got a very narrow music market, on the other side of the European pond, something that we consider frankly wrong. The Best Of by Thorbjorn Risager & The Black Tornado deserves, now more than ever, to break down the musical doors anywhere in the world, because this is music of the highest class that needs to be heard and appreciated in every corner of the earth right now.