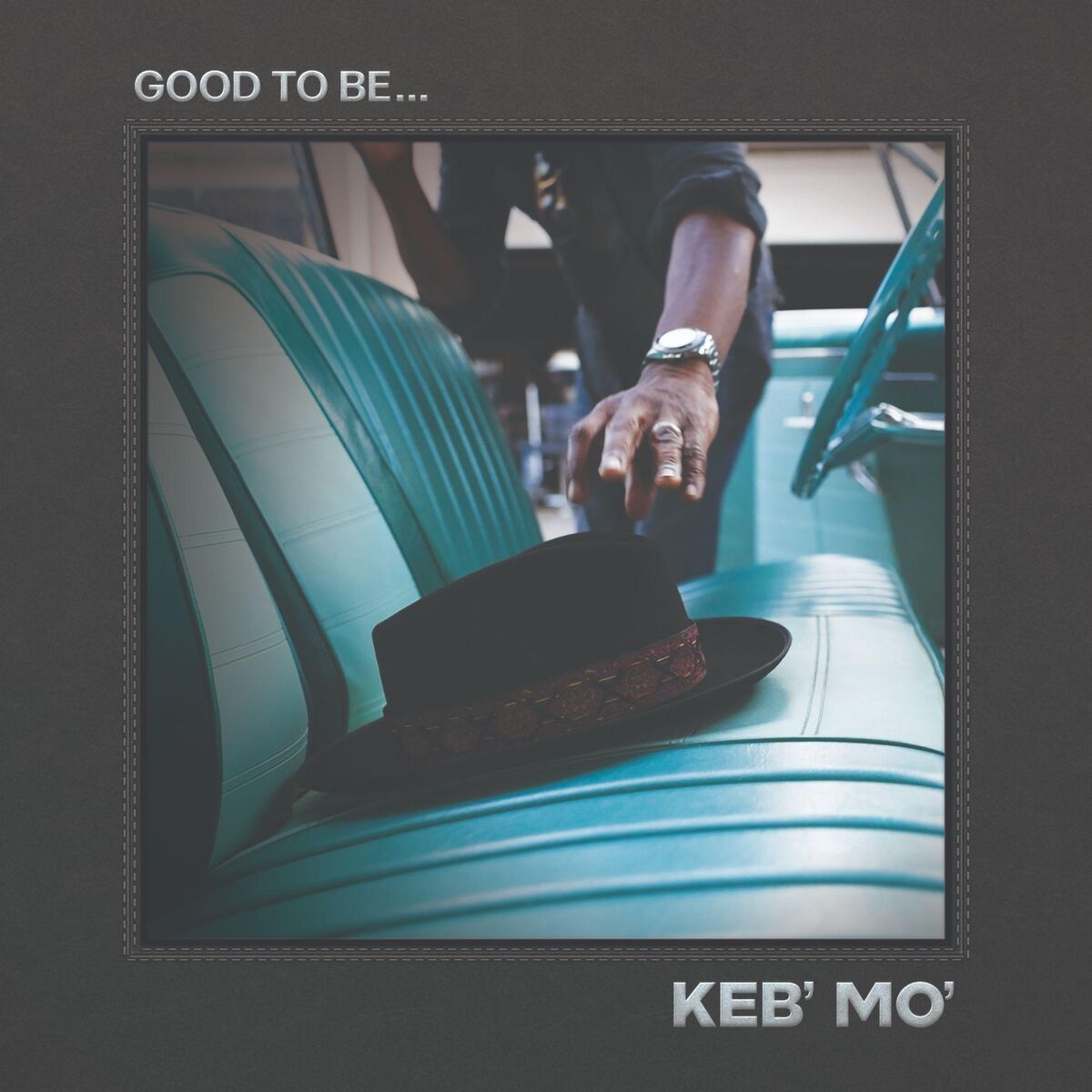 There is a certain je-ne-sais-quoi, about the way that singer/songwriter, guitarist and actor Kevin Moore, a.k.a. Keb' Mo', sees and feels music on each passing record.

Often the American artist has stated that all that he sings about, in his songs, it is related to life, that very same life we are all living right now. Undoubtedly, the feeling that all about Keb' Mo' songs sounds very real, it resonates with people and it has always been and still is one of the winning musical recipes, through the years and his many records, of this rather extraordinary Man Of Music.

Keb' Mo's new album, called Good To Be... is an important record, in the discography of the California-born musician, in many different ways. Reaching the age of 70, realizing the successes and the failures of the people of his generation, living through pandemic for almost 24 months and the state of things happening in the United States in the recent past, they have most certainly ignited Keb' Mo's inspiration to take an overall look at the life he has lived so far and, in some respects, the life that is still to come for him and for the whole world through his songwriting.

Needless to say, the singer/songwriter has rolled up his artistic sleeves even further, this time, through the release of Good To Be... The record, which includes 12 originals plus a rather splendid cover of Bill Withers' Lean On Me, is drenched with remarkable vocals, uplifting and often heartwarming melodies and some of the most passionate and intense songwriting that Keb' Mo' has ever written in his career to date.

Good To Be... also welcomes, as Special Guests, celebrated singers like Darius Rucker, Kristin Chenoweth and the Americana string band Old Crow Medicine Show. Plus, it is also important to mention the presence on guitar of one of the most celebrated contemporary Blues artist, the young Kingfish Ingram, on the song Marvelous To Me, one of the many highlights of this sensational record.

Keb' Mo's new album is an authentic joy to listen to from beginning to end; from the record opener Good To Be (Home Again), a delicate, soulful ballad about the warming feeling to return to Mo's childhood home in Compton, right to the extraordinary, powerful ballad about love and emotions called Quiet Moments that closes the record, Good To Be... is a celebration of Americana, intended as a genre, at its highest level.

The guitarist and singer/songwriter doesn't miss a punch, throughout the whole record. The song The Medicine Man addresses the importance of moving on, for the United States government and at the same time, asking those in charge of the world affairs to pay more attention at what happens with Mother Earth and the pandemic (... Well, it looks to me like the end is coming. Feets hurt and my nose is running. Friends and neighbors are dropping like flies. Better cover your face and sanitize...), while a song like Louder, in our opinion, one of the peaks of Keb' Mo's songwriting ever, it highlights the artist's belief about the power of unity that the new generations are going to bring in, in years to come into the world (... They're going to fight the fight until they find the answers. They're going to do what we have failed to do. They're going to throw all the cards on the table. It's their life they're giving voices to...).

Good To Be... is an authentic triumph of what writing and composing music is all about; most importantly, it is a record that displays an artist whose talent, maturity and complete artistic honesty grows even more exponentially as the years go by. Good To Be... is Keb' Mo' at his very best.

Good To Be... is out now and it is available to be purchased on Keb' Mo's Official Website