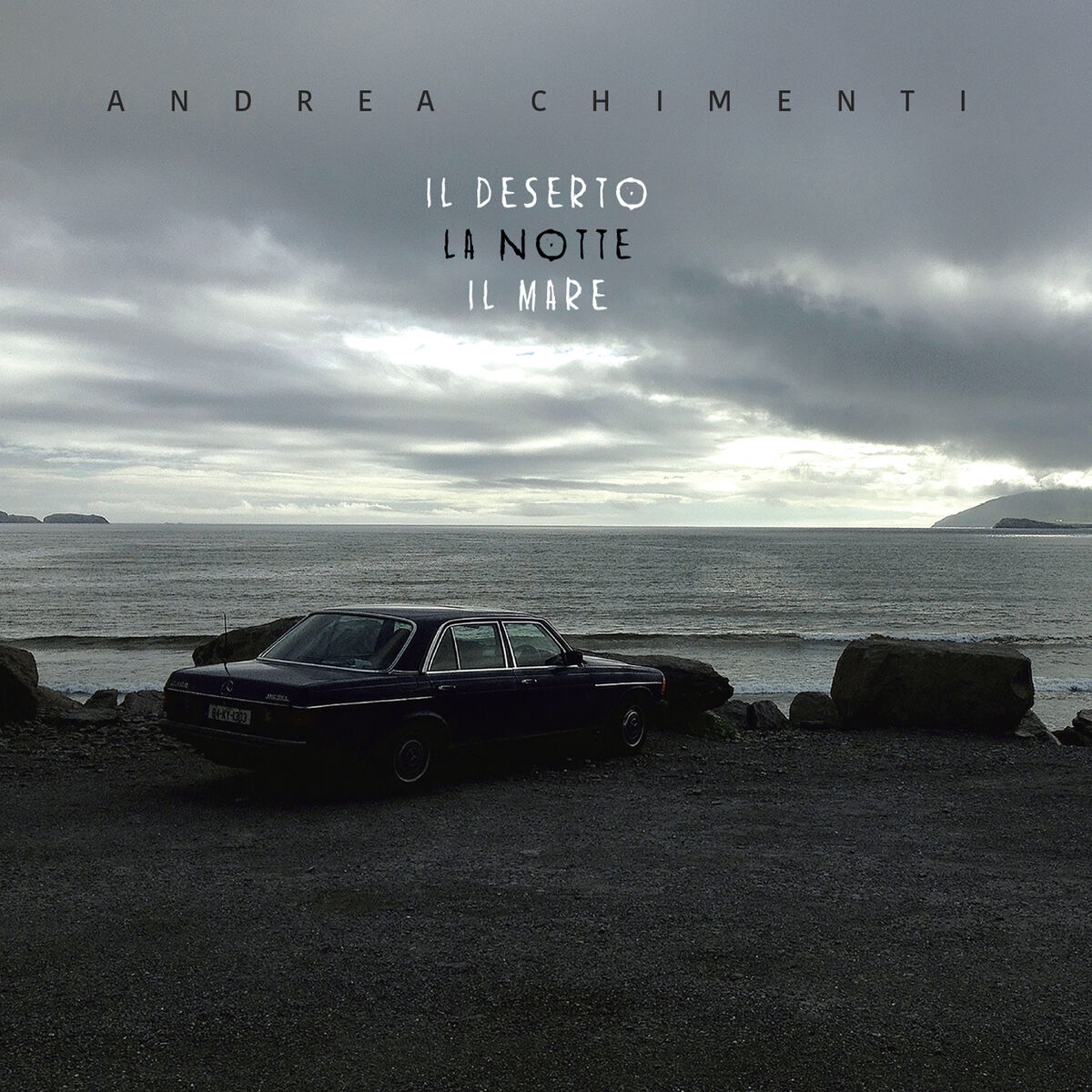 It is not a rhetorical statement to say that, every time a record by a classy artist like the Italian singer/songwriter Andrea Chimenti comes out, the complete concept of Art explodes in all its beauty.

Starting from the criterion that an Art like music should never be rushed, but, instead, should be created spontaneously and without any external form of pressure, the Italian musician and composer returns to the scene with a new studio album called Il Deserto La Notte Il Mare (The Desert The Night The Sea), released at the end of 2021 and about 6 years after the release of his latest studio album, called Yuri.

Always rightly considered one of the most refined and talented Raconteurs of the entire Italian music scene of the last 40 years (ever since Chimenti was part of a New Wave project called Moda, a group that in its 6-year history,  recorded three albums of considerable sonic and lyric caliber), Chimenti has skillfully enclosed in the 11 songs that are part of his new record the idea of ​​Travelling, whether it might be a matter of a material or more spiritual nature.

One of the many merits of the Italian singer-songwriter, it is that of combining emphasis and poetic gracefulness within the lyrics of his songs, accompanied by highly effective and incisive sound carpets that highlight Chimenti's singing style and each story that Chimenti contains in those that, more than songs, they can be described as real poetic compositions translated into music.

Il Deserto La Notte Il Mare is a record that exudes sincerity, bitterness, disappointment and hope at the same time, drawing a cross-section of modern society at times raw, some other times melancholy but, nevertheless, the artist's songs are always impregnated with expressive elegance of the highest level, not only lyrically but also sonically.

The musicians who accompany Andrea Chimenti in this new record release drenched with New Age, Cool Jazz and Experimental Rock that he co-produced himself too, are among the most talented that can be found within the Italian musical world; together with the co-producer of the record Cristiano Roversi, multi-instrumentalist of the highest level, extraordinary musicians  have also played within Il Deserto La Notte Il Mare, such as Erik Montanari and Saro Cosentino on guitars, Sbibu and Giorgio Cedolin on drums, Marco Remondini on cello and saxophone and Fabio Galavotti on bass, among others.

As often happens in many of Andrea Chimenti's records, prestigious Guest Stars, friends and colleagues that Chimenti knows and with whom he has worked for years, made several appearances within the record, such as Ginevra Di Marco on vocals, Antonio Aiazzi on piano and synthesizers , Francesco Magnelli on piano too and David Jackson on horns, all extraordinary musicians of international stature.

For who knows a little or very well Andrea Chimenti's discography, you will already know that to highlight one isolated song in favor of another, it is an almost impossible undertaking, given the magnificence of the new record of the Italian artist. From Milioni, a song dedicated to the cyclicality of the history of humanity in good and evil, up to KY, a merciless sonic portrait of the brutalization of the human being, passing through Beatissimo, a song about the importance of time and how much we should learn, consequentially, to maximize its value in the course of our life, Chimenti amiably draws eleven musical stories linked to the shift in time, towards memory and towards the idea of tomorrow. Eleven stories seen and felt with the eyes and soul of an adult that incites the human being to look back and try to take back that child's dream for a better world, where there are no barriers, ethnic or social discrimination, a world where human nature can finally regain possession of that idea that the world is built with love and not with brutality.

Il Deserto La Notte Il Mare is a record of disarming beauty and lyrical and musical intensity; at the same time, it is also a lucid and coherent portrait of our time, not only intended for a country like Italy but, a bit, of the whole world. Andrea Chimenti has composed, through this record, a masterpiece of musical Modernism that shines of its own light from beginning to end and which confirms, once more, the artistic greatness of the Italian singer-songwriter.