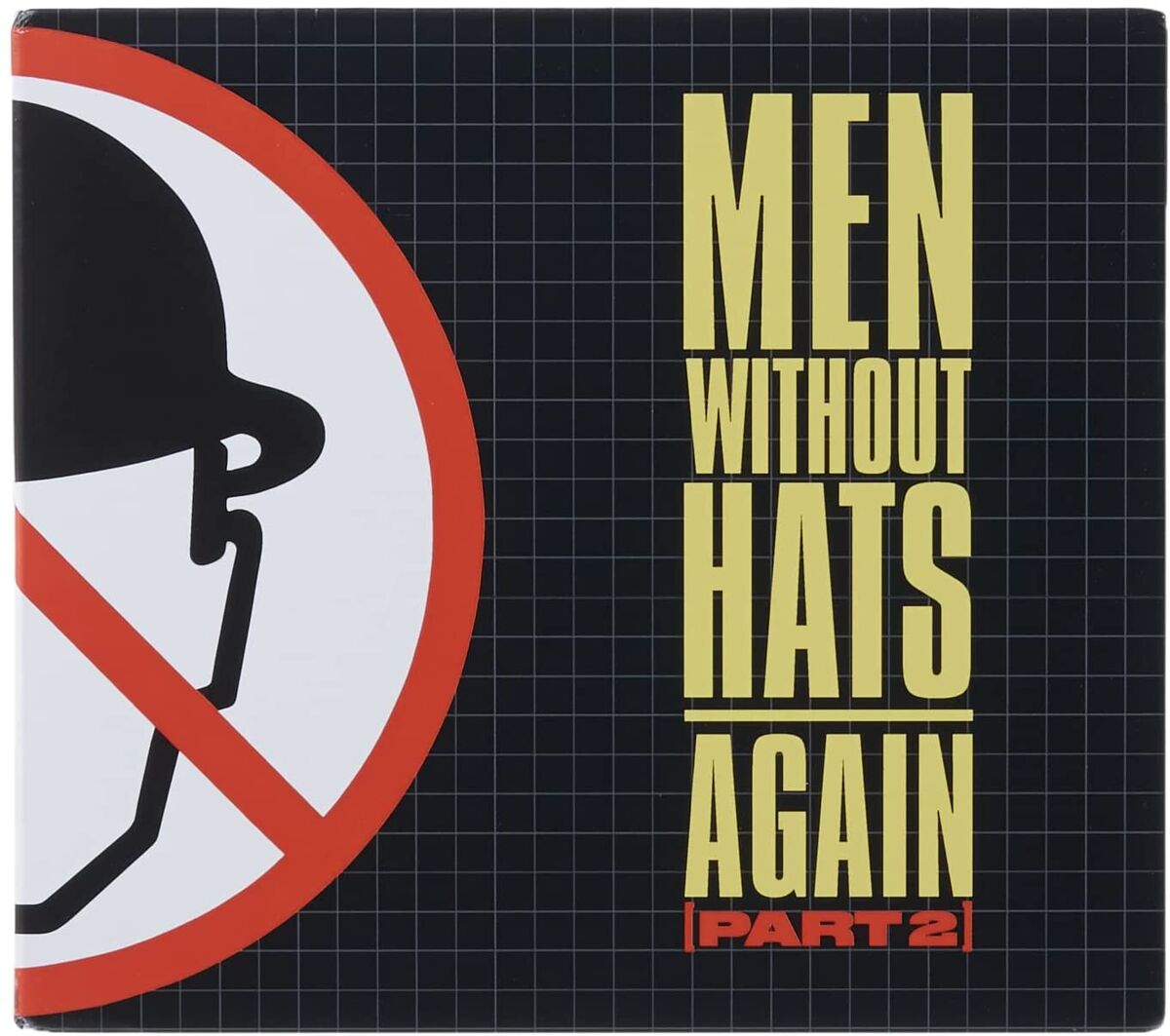 There was a time, in the early 80's, where most of the synth/pop artists were labelled as artists not showing a lot of lyrical substance, within their songs, in a time of music history where, perhaps, appearances were often more at the core of the success of an artist or of a band with their fans and in the music charts than the music itself.

The Canadian collective Men Without Hats, back then, had a major hit called Safety Dance, which, unexpectedly, put them in the same aforementioned musical ball path, at least to the eyes of some music press, although selling very well, from a commercial perspective. Time has then made ample justice to the songwriting and musical skills of the band's commander-in-chief Ivan Doroschuk, thanks also to the remarkable success of albums such as 2003's No Hats Beyond This Point and, most recently, their 2012's album Love In The Age Of War.

The band's 2021 EP called Again Pt.1, also reviewed by our website, saw the Canadian Trio (together with Ivan Doroschuk, the band includes also Doroschuk's brother Colin on keyboards and Sho Murray on guitars) releasing a series of covers, of famous songs of the past decades, which was including, among others, a truly magnificent slowed-down version of their biggest hit to date Safety Dance, renamed, in that circumstance, No Friends Of Mine.

In Men Without Hats' minds, Again Pt.1 surely must have been a sort of introductory platform, a sonic appetizer for their fans to a proper full-length album, which, back in 2021, they had announced already as due to be released in 2022, as it indeed happened.

And what an amazing record Again, Pt. 2 truly is; a record that digs deep, from a lyrical angle, through the weak state of modern society, where fake realities are injected into people's minds by the media, exposing, as a consequence, people's anxieties, self-doubts and fears, leaving them with lots of unanswered questions about their own future and the world around them.

Whilst, through the cutthroat lyrics of the album and his beautiful baritonal vocal style, Doroschuk offers a lucid and often unforgiving analysis of the poor state of the world we are living in, the singer/songwriter also encourages, at the same time, the human race to come together and to show that love and unity to one another that have always been the keys to trigger the surviving mechanism that has helped the world to survive, throughout all the centuries.

From a more sonic perspective, rarely in their past records Men Without Hats have been able to shine so well and to show such incredible versatility like on their new record, dipping unexpectedly out of their trademark Electro-Synth-Punk in many episodes of Again, Pt.2, especially in the second half of the album and with refreshing, marvelous results.

From the Men Without Hats' signature sound, going through 90's disco-pop, 60's vibes, 70's Detroit R&B and Synth/Folk, Doroschuk and Co., through Again, Pt.2, put together a breathtaking and uplifting body of work that marries different decades of music and extremely inspired songwriting, resulting in an outcome of consistent and exceptional quality throughout the whole record.

One thing for sure, Again, Pt. 2 is among the most pleasantly unexpected, very well crafted and exciting record releases of 2022 so far. Hats off, Men Without Hats are certainly back with a thunderous bang!

Again, Pt. 2 is out now and it is available to be purchased on Amazon