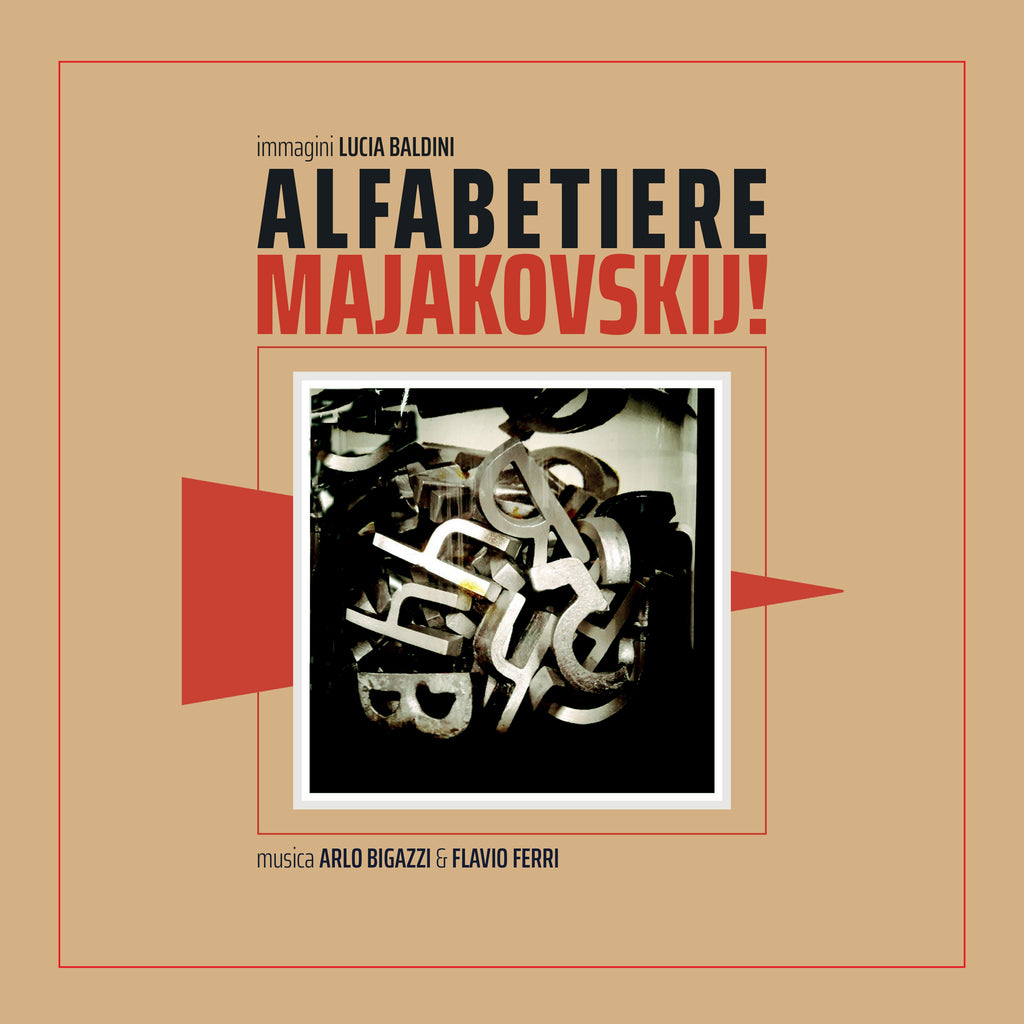 Our website touched already, last year, on a phenomenal project ran by the Italian composer, musician, producer and writer Arlo Bigazzi and actress Chiara Cappelli called Majakovskij!, a fabulous and inspired homage to the figure of Vladimir Vladimirovich Majakovskij, one of the most pivotal artists, actors and poets of what is known as the Russian Futurism of the early stage of the past century.

Bigazzi and Cappelli put together a stunningly beautiful multimedia project, which involved music, theater and poetry in an accurately measured balance, which met numerous accolades not only from the Italian press in its entirety but also from other European countries.

A project of this size deserved a further development, given the fact that the Russian poet was and still is such an inspiration and a great artistic influence not only for Bigazzi and Cappelli but also for many more visual artists around the globe.

It is for this reason that Alfabetiere Majakovskij, the next step in this massive project, was born, this time around, still on a sonic level but also on a visual one too, through the release of a photo-book and a music record.

The visual part of the next chapter of the Majakovskij project was left to Italian photographer Lucia Baldini, who has put together a photo-book version of the Alfabetiere, by using Bigazzi's original structure of the Majakovskij's project and basically working on creating a series of artworks, where each letter of the alphabet gets assigned to a different piece of the artworks created by Baldini, with the photographer adding to each letter of the alphabet a word or a brief sentence, inspired by the Russian writer's body of work.

In the meantime, Arlo Bigazzi was working on trying to deconstruct 5 of the tracks that were part of last year's original audio release of the Majakovskij's sonic part of the project, tracks that the Italian composer was trying to elevate to a different level, very likely, to integrate the visual aspect of the Alfabetiere, by dressing the tunes with new sonic layers.

Bigazzi decided to involve, in his plan of creating a very different soundscape for the aforementioned tracks, his old esteemed friend and talented colleague Flavio Ferri, who is one of the most respected music producers, composers and sound engineers in Italy and well known for his talent in many countries in Europe too.

The totally instrumental outcome of this musical partnership is unsurprisingly outstanding, given the caliber of the two artists. Together with applying a diverse and intense sonic structure on Bigazzi's initial compositions, Ferri manufactures such a diverse series of sounds that attracts the attention of the listener on every step of the record, by adding, together with Bigazzi, touches of musical escapism flying freely through different sonic tangents.

Every track of the record, which also includes two new tunes written for the occasion by Bigazzi and Ferri (Poeti Estinti and L'Alba Del 28 Febbraio) complements perfectly the intent of the two artists to create a sort of soundtrack to Majakovskij's poetry. The way that Bigazzi and Ferri apply, very cleverly, moments of Industrial Alt-Rock, Electronica and Avant-Garde in each step of the record recreating, through their sounds, sentiments of fear, hope, darkness and light, it reflects very well the artistic intentions of the Russian Poet expressed throughout his life and his body of work.

While the Alfabetiere Majakovskij is an intriguing, fascinating and at times, even hypnotic multimedia project in its entirety, it is the musical part of this gargantuan homage to Majakovskij that really stands out, in our personal opinion, Arlo Bigazzi e Flavio Ferri chiseled together a masterful record that speaks to the heart and soul of the listener with no strings attached, but rather in a honest and direct way. The same way that Vladimir Vladimirovich Majakovskij, very likely, would have loved to hear when he was revealing his wonderful poems to the world.

Alfabetiere Majakovskij! has been released and it is available to be purchased via Materiali Sonori