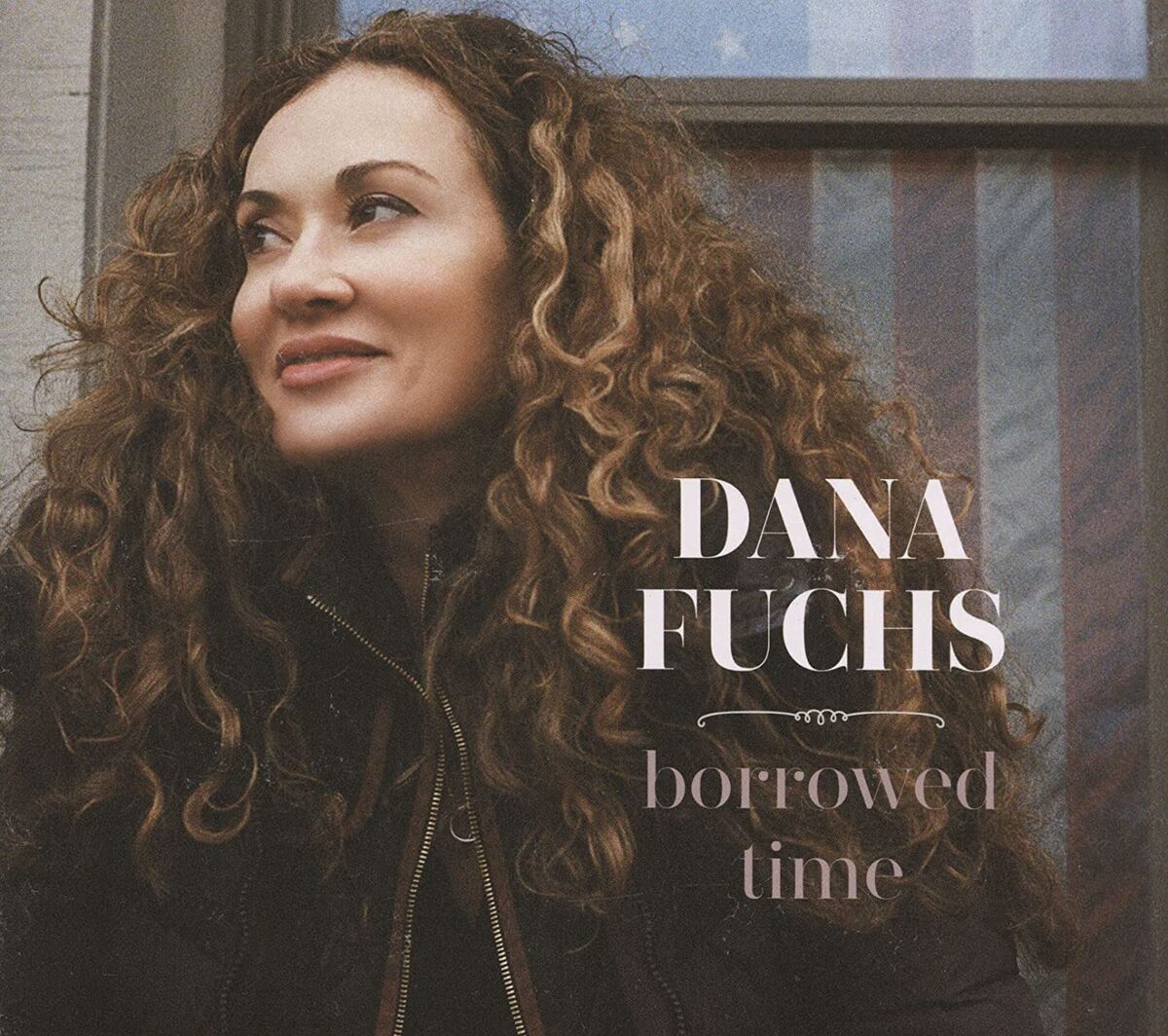 There is a total sense of beauty and freedom, in the brand new record from New Jersey's Powerhouse Singer/Songwriter Dana Fuchs, called Borrowed Time.

Naturally, one needs to be familiar not only with Fuchs complete songbook, when it comes to highly appreciate a record like Borrowed Time, but also with the artist's personal life.

Throughout her career, Dana Fuchs' talent on many levels has never been in discussion, especially through records like Love To Beg, Bliss Avenue and Love Lives On, among others but often her songwriting style was tinged with melancholy, due to personal traumas caused by unexpected tragedies in the artist's personal life (loss of family members at very young ages).

Borrowed Time is an album that perfectly frames a new and exciting chapter, not only in the singer/songwriter's remarkable career but also as a human being. The last years have seen a drastic change for good happening in Dana Fuchs' life, through the marriage of Fuchs with her long time Manager and friend and the arrival of two beautiful children. A positive, happy change that, somehow, reflects itself perfectly well throughout the whole of Borrowed Time, a record where Dana Fuchs unleashes so much musical electricity, power, swagger and intensity like we never heard before.

The genesis of the record saw the inspired decision of recording the new album last winter at Black River House Studio, owned by multi-instrumentalist and producer Kenny Tudrick, who co-produced Borrowed Time together with Bobby Harlow, the latter, providing also great musical experience and influences in the making of Fuchs' new album.

Familiar presence were also very important, in the recording of Borrowed Time; together with Tudrick himself on guitar playing duties, Fuchs' lifetime musical companion, renowned guitarist and co-songwriter Jon Diamond and bass player Jack Daley played certainly a big role, in the sonic building of every song included in Borrowed Time. To top an already very strong line-up of studio musicians, the arrival of a highly skilled drummer like Todd Glass and such an accomplished musician like Jordan Champion on keyboards helped to fortify even further the overall tremendous wall of sound generated by Fuchs and Co. on the new record.

The songs chosen to best express the record's concept built on the idea that the time of the world we are living in is just a Borrowed one and, as such, it should be lived day by day and by loving every minute of it, are some of the best that Dana Fuchs has ever written in her successful career so far.

Fuchs' new record is the complete manifestation of an artist that is, right now, at the top of her game, at complete peace with herself and in harmony with the world surrounding the artist herself. Most importantly, for her fans and any music listener, Dana Fuchs manifests complete freedom on letting loose her total devotion for music, no matter whether it is R&B, Gospel, Soul, Southern Rock or 70's Psychedelia.

To highlight few of the songs included in the album's track-list would be a total injustice, because each individual songs tells a story, a story which narrative is always, per each song, lucid, measured and honest. Moreover, a story that requires every time a different musical palette, something that Dana Fuchs manages to nail in full on each individual song with disarming and effortless ease.

Last but not least, there is Dana Fuchs' voice; a voice that erupts passion, sensitivity, strength, vulnerability and love. A voice that has remained untouched by the years and that instead, gains even more power and swagger on each passing record.

Borrowed Time is, undoubtedly, Dana Fuchs' record of a lifetime. An album that displays musically and vocally a great depth of strength and musicianship each step of the way and requires the listener to inhale every note sang and played within the record with the greatest attention and devotion.

Above all, Borrowed Time is, unquestionably, a musical masterpiece of our time that reminds music lovers once again that,
in the starred firmament of music, Dana Fuchs' own star keeps on shining with increasing brightness and, very likely, will do so for many decades to come.