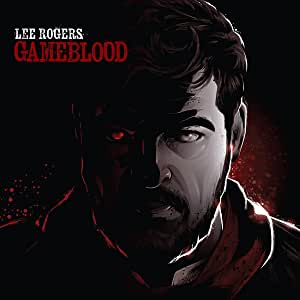 Fate can be a very strange thing, in the world of music. When in 2005 the Northern Irish singer/songwriter Lee Rogers published his debut album called Drawing Clocks through the record label Zenith Cafe', an album that enclosed elements of Folk, Gospel and Soul, said record made such an impact that became welcomed, back then, as one of the freshest, most remarkable debut albums of 2005.

Then, suddenly and very unexpectedly, due to financial issues that a (now infamous) banking scandal brought to Rogers' label, it forced the international launch of the record to a halt, a halt that lasted, unbeknown to everyone, until 2020, when the case was fortunately resolved in favor of the record label.

Between 2005 and 2020, in the meantime, Rogers tried to latch on his music for as long as possible but, given the (at the time) situation with his record label, the Irish artist decided to start a tattooing career in 2008, in the hope that one day, he could return to make music in his very creative and inspired style.

Zenith Cafe', Rogers' label, once that the scandal with the bank was successfully cleared in 2020, they provided to contact Rogers immediately, with the hope to start working again on the career of such a talented artist like Rogers himself.

For Rogers, these were fantastic news; the artist started working incessantly on drafts of songs that he had started to write some time ago, while working also on new ones. The fruits of such an intense labor of love brought to the completion of a brand new album called Gameblood, a record that intensifies even more the feeling that the world of contemporary music has found an artist able to embrace and expand the concept of Americana music brought to a more European sonic ground with enormous elegance and creativity.

Lee Rogers does not miss a trick, in his rather delightful new record; the artist from Northern Ireland displays such a wide knowledge and understanding on how to chisel songs containing exquisitely penned bridges and choruses that reflect exactly the lyrical and emotional content of each of Rogers' songs.

Gameblood is a honest and well-crafted record in every step of the way. Rogers shows often his fabulous skills as a musical raconteur through songs that can be very intense and personal, at times and, as such, they need to be sang in a more intimate style, such as Won't Find Me, Silent Song, Life And Lies and Haunted, where the artist installs a touching intimate and direct rapport with the listener by singing his songs in a minimal but very evocative style.

Rogers is also a master in creating strong musical arrangements, a skill that allows the singer/songwriter to trespass musical genres with effortless facility and step into either more uptempo, Rock-infused type of arrangements or even more dreaming ones, New-Age sounding, like he so well shows in songs like Uneasy Love and Homeward Bound, for example.

Fundamentally, though, what remains very distinctive, in all the many talents expressed by Rogers in a strong record like Gameblood, it is his very deep, powerful, evocative and passionate singing style, a style that exudes sincerity through each note sang by the Irish artist in every song included in the record.

Gameblood is one of those little, big miracles happening very rarely into the music business, in these days and age, where an artist gets, finally, his hugely deserved second chance to display all the beauty and the extent of his talent, through a mesmerizing record like this. One thing for sure; Lee Rogers is now back to stay.

Gameblood is out now and it is available via Amazon