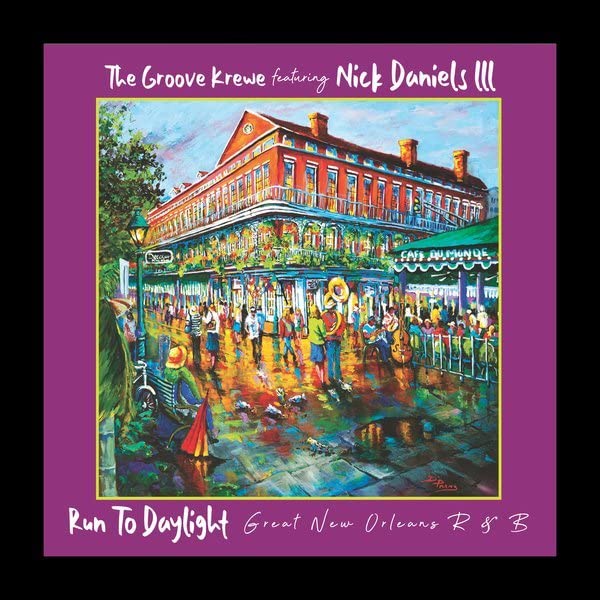 Pearce and Murray must have felt from the start that this project was going to be a phenomenal one; Run To Daylight, in its entirety, is nothing less than a magnificent and opulent take on the history and development of the trademark sounds of a city like New Orleans that, since the dawn of time, has been highly influential in the growth of musical genres like Funk, R&B, Blues and Soul.

Right from the start, Run To Daylight hits straight to the heart of the listener through the rather powerful and incredibly soulful vocals of Nick Daniels III, who does most certainly a brilliant job as a bass player, on few of the songs part of the album but it is the superior scale of his talent as a singer that is one of the many winning points of this superb record.

True to be told, Murray and Pearce have really done their absolute best in constructing the best musical platform for Daniels' singing skills. The number of hugely talented musicians brought to this project is remarkable; from Pearce himself on guitar duties on few of the tracks to Nelson Blanchard on all the percussion, guitar, keyboards, bass and background vocals, to Eddie Bayers and Randy Carpenter on drums, plus some Horns Sections of stunning quality like Lacy Blackledge and Pete Verbois or Verbois and Blackledge again together with Chris Belleau and Bob Henderson, the record is a mouth-watering parade of fantastic musicians able to translate perfectly in music the original concept put together by Pearce and Murray.

The Groove Krewe Featuring Nick Daniels III carry the listeners in a breathtaking sonic rollercoaster that incorporates the sound of the 60's, through songs like Sweet Situation, the Funky Disco of the late 70's via tunes like Have A Party and last but not least, that pure Funk sound reminiscent of prominent bands of the mid-60's gravitating in New Orleans' area like the fabulous The Meters.

Every song present on Run To Daylight is a stand-out tune on its own, because played, arranged and sang with such passion and purity of sound. Every musicians part of The Groove Krewe project builds around Daniels III's extraordinary singing voice the right vibes and atmospheres needed by the singer and bass player to transport the listeners in every decade and music genres that made of New Orleans the core center of American music between 1950 and the end of the 70's.

Hats off to Dale Murray and Rex Pearce for materializing, under form of such a spectacular record like Run To Daylight, the dream of bringing three decades of history and roots of the sound of New Orleans back to the surface in such an exceptional style and level of musicianship. A timeless masterpiece.