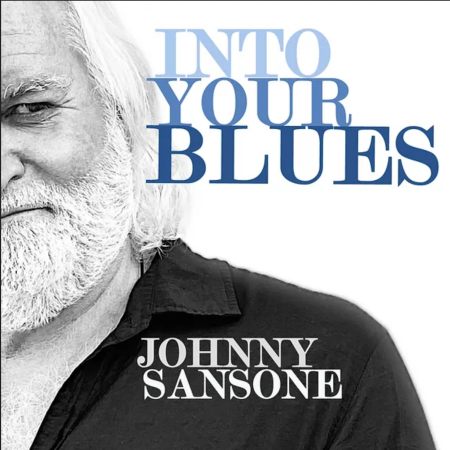 Into Your Blues, in many respects, is a total statement of Sansone's artistry. Surrounded by a remarkable group of highly skilled studio musicians that helped Sansone to materialize his vision of making a record that would travel from American Blues capitals like Chicago and Dallas straight to the heart of Louisiana and Tennessee, Into Your Blues encapsulates many genres that have been heavily influenced by the Blues, like Boogie, R&B and contemporary Americana.

Sansone's new album hypnotizes the listeners at the moment that the opening tune, the album's title-track, kicks its first note into your stereo; it's the sound of Louisiana written all over it, with the addition of a fabulous Horns Section made by Brad Walker on Tenor & Baritone Sax and Steve Lands on Trumpet that completes the masterful wall of Blues sound created by Sansone.

While Sansone is universally (and quite rightly so) recognized as a multi-instrumentalist artist, his Harmonica work on the whole of the album is truly a thing of beauty, especially on tracks like The Getaway, Willie's Juke Joint (with Little Freddie King as a Special Guest) and Something Good Going On, among others.

Into Your Blues is a wonderful window into the elegance and class of an inspired artist like Johnny Sansone. The American artists excels on every possible level, through Into Your Blues and the quality of his vocals seem to grow stronger and stronger through each passing album. Whoever wishes to own a record of rare beauty like this, won't be able to resist to Sansone's strong singing skills, something that exudes its very peak especially on songs like People Like You And Me, Desperation and Blowin' Fire (Featuring Jason Ricci on Harmonica and Vocals), the latter being the ultimate statement of Sansone's rare gift of incorporating with effortless facility layers of Jazz, Blues and Boogie in a stratospheric tune like Blowin' Fire most certainly is.

By the time that Into Your Blues reaches its closing, Sansone decides that it's the moment to pick up his Resonator Guitar and to finish the record with a stunning instrumental number called Southern Dream, a fitting choice for such an exceptionally inspired album like this.

If anybody not familiar with Blues or even somebody that is well into it wishes to take a proper walk into the history and development of the Blues, Sansone's new album is, undoubtedly, one of the best choices that you can think of. For sure, one of the best Blues albums of 2022.