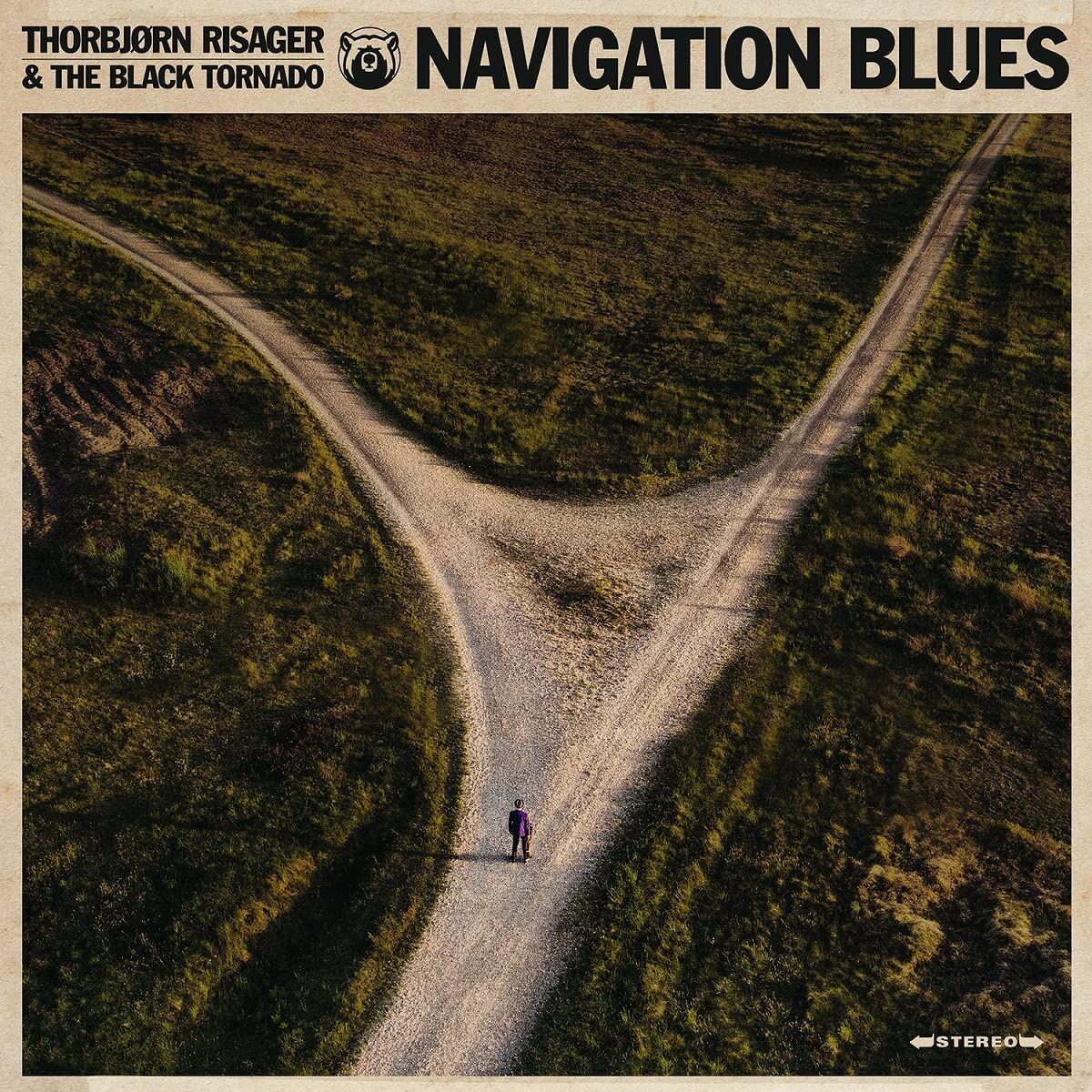 Bluebird Reviews has kept for a very long time, now, an eye on the artistry and musical authenticity of the Danish collective Thorbjorn Risager & The Black Tornado.

What makes Risager and his Band Of Brothers being totally unique, in the whole of the music industry, it is the fact that they are a band that cannot be identified or labelled to a sole musical genre, because their artistic intent it is to dress each of their songs with an appropriate musical arrangement that emphasizes the mood and enriches the lyrical content of their compositions.

Singer, songwriter and guitarist Thorbjorn Risager has always carried tinges of Blues, in his musical DNA, tinges that might have certainly been influential in the recording and release of the band's eight album, called Navigation Blues, a record that speaks volumes about Blues already from the album cover, with an aerial shot that sees Risager standing on a countryside's crossroad, perhaps paraphrasing one of Blues legend Robert Johnson's most celebrate songs.

While the album cover may be symbolic of Risager's love for the Blues as a genre, there is perhaps also a hint to the fact that Risager and The Black Tornado have never stuck to a repeated sonic formula by following a straight path, in their music history and when the time comes to record new songs, but they rather prefer to follow their instinct and inner feeling.

In that respect, Navigation Blues is, in our personal view, a triumphant celebration of integrity and phenomenal musicianship on each possible front for the Danish collective. Each of the songs part of Navigation Blues has got a diverse musical and refined structure that pay homage to the giants of Blues, Soul and Rock And Roll of the 50's, 60's and 70's but, at the same time, it has got also still an identity of its own and it is perfectly recognizable as part of the band's own sound not only via the tremendously beautiful, powerful and intense vocals of Thorbjorn Risager but also through the amazing skills and musicianship of each of the band member, all of them highly talented multi-instrumentalists.

It would be an injustice to try and pinpoint highlights, within Navigation Blues, because the whole record is a breathtaking festival of great harmonies and pitch-perfect interplay between each band member from start to end. From the opening album's title-track that exudes Juke Joint's atmospheres with layers of Stax-era Soul, then going through the infectious foot-stomping sound of songs like Taking The Good With The Bad and Hoodoo Lover, dreaming through Risager's spine-tingling vocals on songs like Blue Lullaby and the closing tune Heart Crash, or rocking the house down on tunes like Fire Inside and Headed For The Stars, Risager and The Black Tornado don't miss a beat on any of the songs included in this hugely inspired record.

Our website might have mentioned this on past reviews of Thorbjorn Risager & The Black Tornado's albums but right now and in our personal opinion, there is almost nobody else out there that sounds quite like the Danish collective does, from an overall musical perspective. Through the years and especially through an album like Navigation Blues, they have assimilated and translated in music very well the lesson of giants of music history like Bo Diddley, Ray Charles, The Rolling Stones and Little Richard and made their own sonic recipe that makes their sound unmistakably recognizable and unique at the same time.

One of the most creative, highly inspiring and beautifully crafted records of 2022.