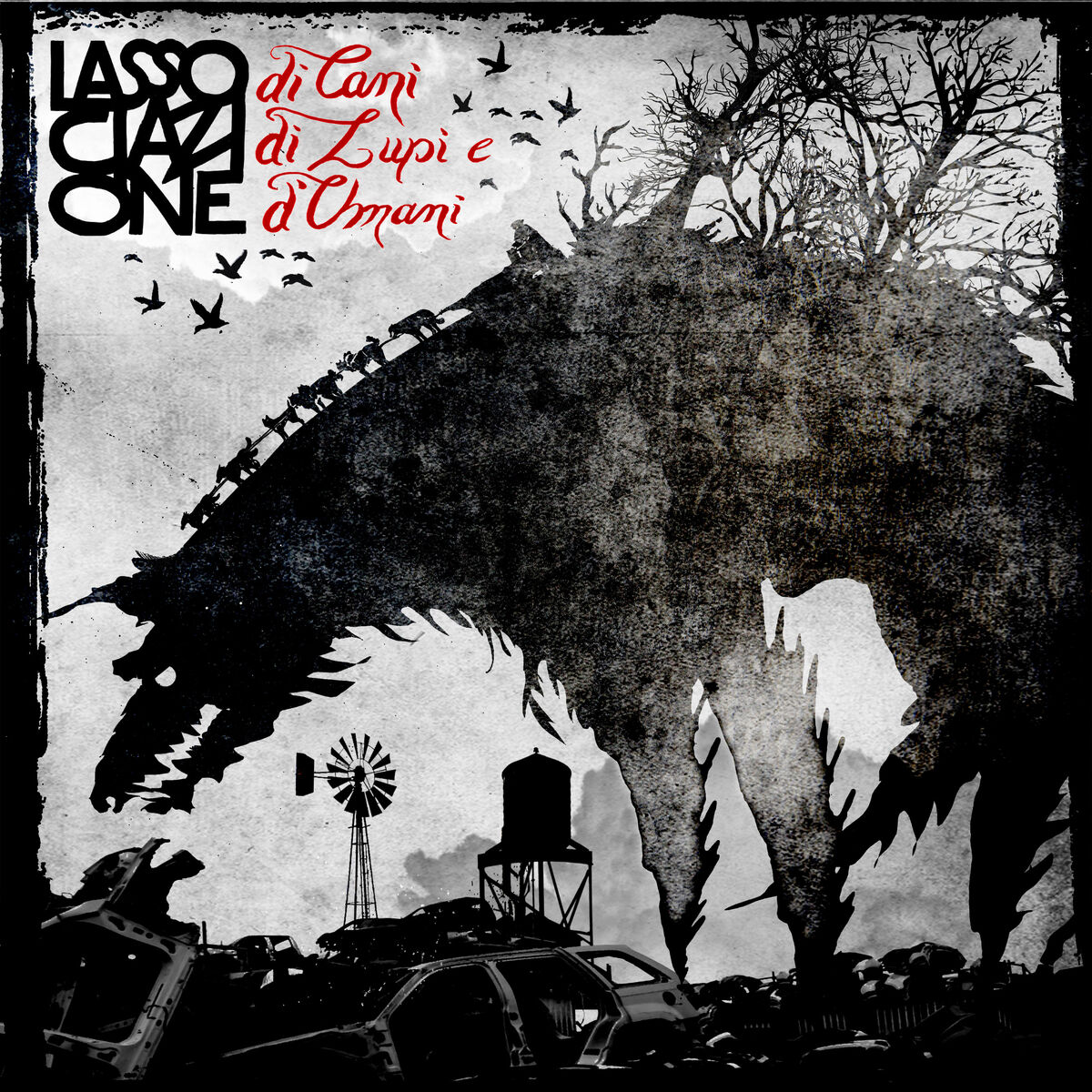 It doesn't happen very often to find, nowadays and almost anywhere in the world, music artists willing to marry the tradition, language, history and folklore of their own land, intended as a confined geographical area within a country, with remarkable musicianship and artistic vision.

Still, this is something that the Italian collective called LAssociazione does incredibly well since 2010, when a group of musicians coming from the Italian region of Emilia Romagna decided to get together and to form a project that would aim to the safeguard of the region's local dialect and also reflect the way that the music history of the region have grown through the decades.

LAssociazione (The Association, in English language) is a musical octet which carries within different music experiences through their band members, with distinctive layers of Folk and Rock that have been the trademark of the band's sound since the beginning and also reflect perfectly the tradition, history and development of the music of this part of Italy.

The band's brand new album called Di Cani, Di Lupi E D'Umani (Of Dogs, Of Wolves And Humans), the sixth of their discography, is a record that hypnotizes the listener right from the start, through musical arrangements of great sonic finesse and lyrics of strong, emotional depth.

The record, almost entirely sang in the local dialect of the Emilia Romagna's region, from a songwriting aspect, it's a journey into life, a homage to the art of living but taken more as an adventure, where each of us see themselves as our own heroes, with that romantic notion of being invincible even in the face of the toughest of adversities.

Throughout the whole of Di Cani, Di Lupi E D'Umani, LAssociazione manages to dress perfectly, under a sonic point of view, each of the eight songs included in the album in a clever and elegant style, providing the right musical carpet dictated by the lyrics contained in each song.

The Italian collective is made by absolute masterclass musicians; their interplay is pitch perfect on every tune and it is a Must to mention each of the band members: Marco Mattia Cilloni (Vocals and Guitars), Gigi Cavalli Cocchi (Drums), Gianfranco Fornaciari (Keyboards), Filippo Chieli (Violin), Nicolas De Francesco (Bass Guitar), Massimo Guidetti (Trumpet), Erik Montanari (Electric Guitar) and Giorgio Riccardo Galassi (Narrator).

Each of the songs part of Di Cani, Di Lupi E D'Umani feels like pure poetry in motion, where the layers of Folk music add that element of sweet melancholy to tracks like Al Sé Rapì (Da Lü), Nel Buio Di Marzo or Al Veûnt E Al Rais, for example, whilst other songs like Jack London and Dublino clearly show that Rock musical strength that has been the trademark sound not only of the band, but also of many more successful music artists coming from Emilia Romagna.

The real surprise of the record, it is though a song called Annie, with a highly sophisticated arrangement in a Jazz and Swing key, played, once again, with superb musical ability by the whole collective.

Di Cani, Di Lupi E D'Umani is a record that will transport you in a time and space where dreaming big about life, dream and aspirations was still possible. Moreover, it is also an album where you may not perceive, perhaps, the meaning of the lyrics immediately but you will be most definitely able to feel the intensity, integrity and the purity of LAssociazione's sound through the passion and the incredible musicianship exuding from the whole collective.

One of the most inspired and inspiring musical projects of 2022.

Di Cani, Di Lupi E D'Umani is out now and it is available via La Feltrinelli / IBS