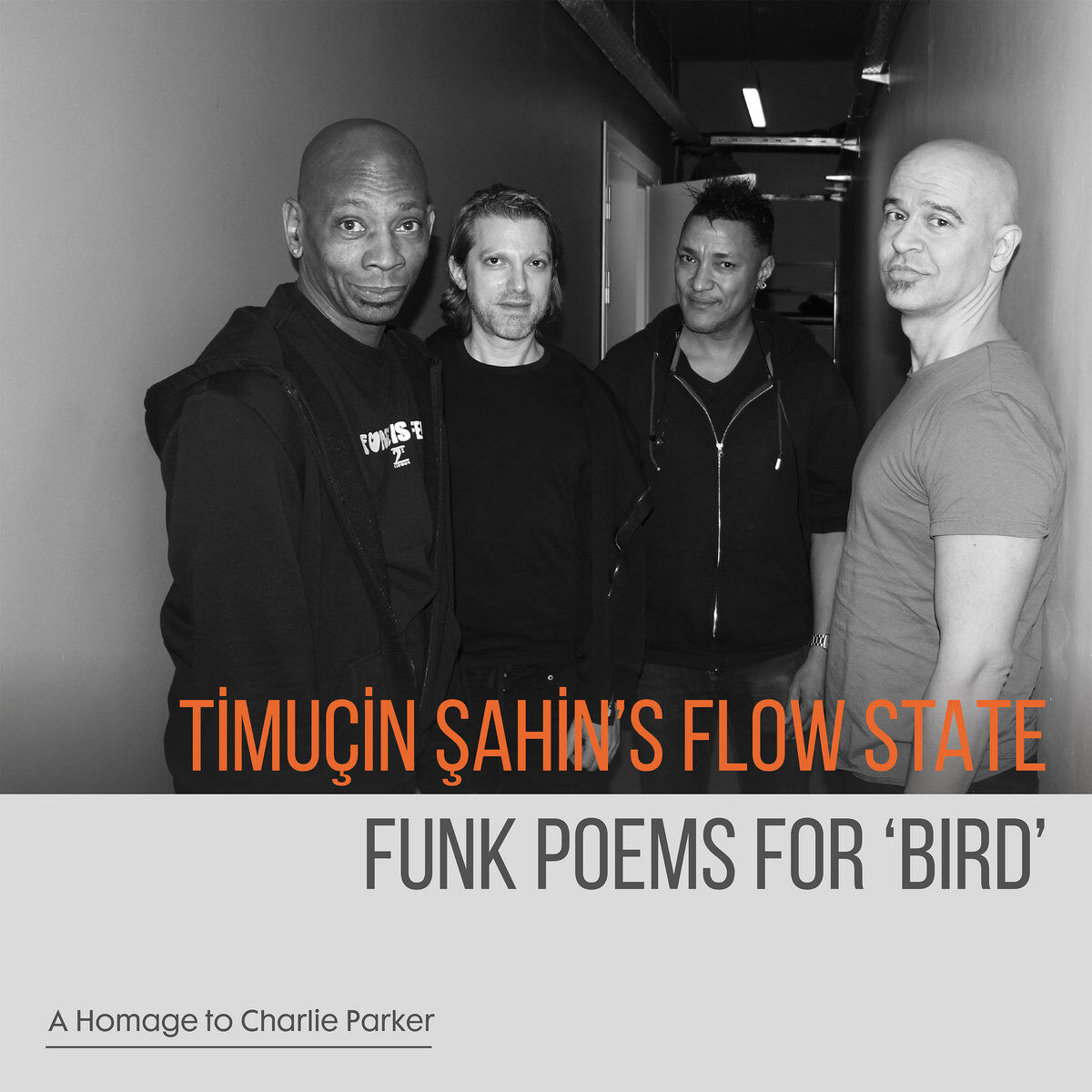 One of the best sides of Jazz, as a genre, it is that it can move very fast to unexpected directions, due to its freedom of expression and the power of going off tangent at every stage of a composition or an improvisation and still sounding great.

Moreover, Jazz has been among the very few genres that has moved on since its very beginning, where the improvisational skills of a musician or a composer were defined as Avant-Garde, an expression that is commonly used still today to define someone that is willing to experiment with music without following a certain structure but just by following their instinct and talent.

In many respects, the aforementioned concept is applicable to the new project of Turkey-born 7 string fretless Guitar Maestro Timuçin Şahin called Flow State, where the guitarist has put together a phenomenal collective of musicians, named Cory Smythe on piano, Reggie Washington on bass and drummer Sean Rickman.

Inspired by the music of the late great Charlie Parker, Şahin, in the collective's album called Funk Poems For Bird, wanted to explore together with Flow State the possibility of creating a series of Jazz compositions that could be inspired by Parker but with a Funk twist applied to them.

To make this project become a reality, Şahin couldn't put together a better ensemble of musicians to fulfil his ideas and the outcome that pours out from an album like Funk Poems For Bird, is truly remarkable.

Şahin's enormous talent on his string fretless has never been in discussion and it is very much palpable throughout the 8 compositions included in this highly interesting and entertaining musical project. Furthermore, having a Rhythm Section of the caliber of Washington and Rickman (who worked together already in another collective called M-Base), two musicians of enormous craftmanship, that alone is a treat for any recording artist; adding to that the luxury to have such an imaginative, highly talented pianist like Smythe involved into the Flow State project, it made the whole record sounding almost effortless, due to the breathtaking understanding of each individual musician during the recording session.

The eight tracks included into Funk Poems For Bird exude pearls of improvisations, like in the opening Homage To Bird, an incredible sonic hybrid of Be-Bop and Avant-Garde Jazz or in another splendid tune, among others, called The Sixth Sense Of The Platypus, where the strong cohesion and interplay among all the band members generated a little but enormously beautiful masterpiece of contemporary Jazz/Funk of the finest class.

Timuçin Şahin and his Flow State truly encapsulated the spirit of Charlie Parker's music, on their record and transported it sublimely into the 21st Century with great elegance, creativity and mouth-watering musical intensity. A very inspiring and inspired record.