Aynsley Lister - Along For The Ride 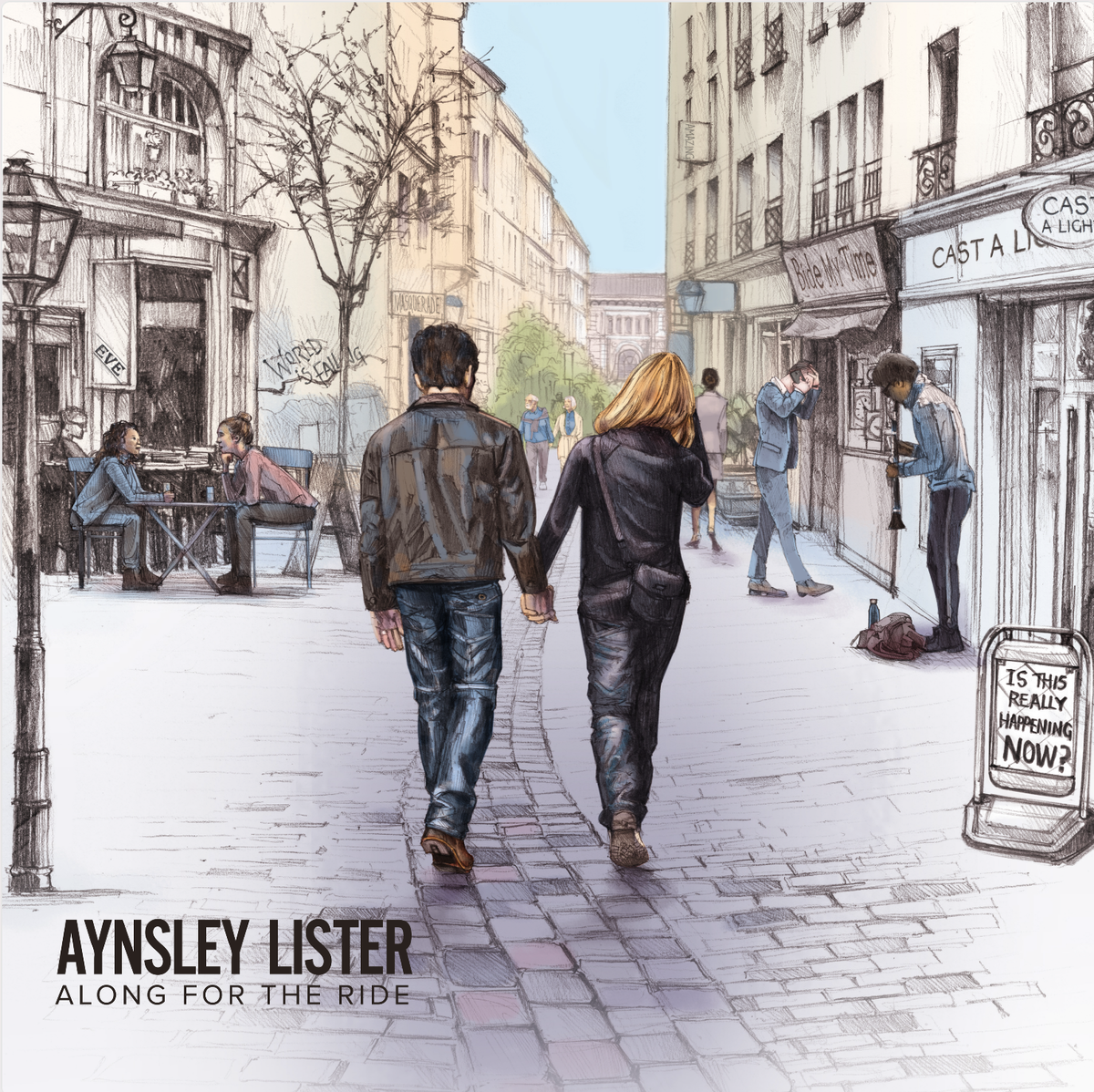 It has been a long time coming, for the several thousands of fans of the British Blues/Rock Guitar Maestro and singer/songwriter Aynsley Lister, to finally hear that a new studio album from the talented Leicester born and bread artist was ready to be released, back in November 2022.

Truth to be told, Lister had constantly been touring the United Kingdom and the best part of Europe, after his penultimate, highly acclaimed 2016 Eyes Wide Open album but his many followers were starting wondering when the British guitarist would have recorded a follow-up album that would match the intensity and beauty of a record like Eyes Wide Open.

Undoubtedly, what happened in 2020, with the pandemic that brought the whole world to a stand still, must have most certainly forced to delay the planning and recording of a record that it might have as well been released a couple of years ago, should Covid-19 have never happened.

But the long, somehow slightly forced wait for Lister's new studio album is now over and in many respects, it was well worth. Along For The Ride, Aynsley Lister's new record, is a mesmerizing musical journey into the personal and artistic life of a musician that keeps on shining of new lights after every new release and Along For The Ride is no exception.

From a songwriting perspective, Along For the Ride is one of the most personal, honest and direct records that the British Guitar Prodigy has ever recorded. The singer/songwriter never hesitates to openly and candidly expose his feelings about the world surrounding him, in good and bad and he does so ever so beautifully, throughout all the 13 tunes included in Lister's new album.

Whilst Along For The Ride may be described, lyrically, as an overall record where Love is at the epicenter of it, it is also true that Lister doesn't equally hold back when the time comes to highlight and emphasize the many cracks that the modern society is showing every single day, through songs like the opener Amazing or World Is Falling.

One of the greatest plus points of Lister's new album, together with the artist's awe-inspiring songwriting skills and Lister's amazing talent as a singer, it is that to push his already enormous guitar playing skills to new sonic alleyways and genres with effortless ability and finding always the right musical texture to each and every song included into Along For The Ride.

Along For The Ride is a truly rich and exciting musical kaleidoscope; from the 70's Irish Soul of songs like Cast A Light, to 90's anthemic Rock tunes like World Is Falling, going through the Funkadelic appeal of tunes like Wait For Me, Invincible and Made Up My Mind up until one of the best songs ever written to date by the British artist, the 70's Southern-Rock album title-track, Lister is literally unstoppable every step of the way in Along For The Ride, an album that places him, rather deservedly, among some of the most talented and refreshingly inspiring Blues/Rock artists in Europe today.

Six years might have gone by but fear not. Aynsley Lister is here to stay for many decades to come.