BackNBloom: Music For The Modern Monkey

I received this album directly from Lori Steele, vocalist and electric violinist of BackNBloom, the techno-fusion duo she shares with Alberto Beka.

They are from Los Angeles. We have an unspoken rule around here, real music, real instruments. So how does an electro-pop rock album fit into our set?

First, Lori's voice is a siren in the world of wanna-be-gruff women vocalists. She reminds me of Harriet Wheeler from the underrated 90's pop band The Sundays, or Mary Ramsey who joined the 10, 000 Maniacs after Natalie Merchant's departure. Her sound is consistent throughout the album and a joyously easy listen, with an interesting quality and range.

Alberto Beka engineers and plays guitar both on the album and during their live sets. There is a lot of talent to be had. With all original songs and unique arrangements, the understated guitarist will continue to add to the mix as this musical match evolves.

We love all genres and styles of music. More than that, I love interesting instruments and since my visit to the Birds of Flame with Chris Devine on electric violin, I can be easily led to follow an electric violin anywhere. BackNBloom sports this instrument proudly without showing off. I've watched the live footage and it is amazing to note that so many different sounds can emerge from two mere mortals. 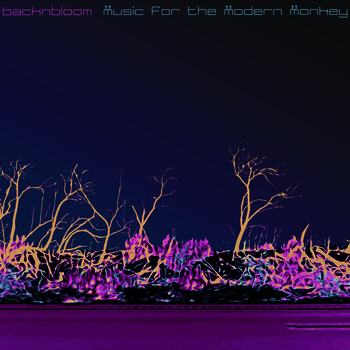 All songs written, recorded, produced and mixed by BackNBloom. *

* The song "Heed the Flashes" was mixed by Mark Needham (The Killers) at the Ballroom Studios, assistant mix engineer Will Brierre.

Visit their website for their entire collection here.  For interview and more live video of their set click here.