I enjoyed the new album from Joey Pratt, Heavy Things With Strings, right away. It reminded me of Justin Vernon's band, Bon Iver, which I loved, even before their first gathering of Grammy nominations and wins this year.

He is going by the new name, Card Stock, because his music is turning out to be 'conceptual'. My first response to hearing Pratt's work was 'Hooray!" Hooray for indie music and soulful folk, blues acoustics without the fanfare. Hooray for beautiful vocals and carefully placed bridges with echos that stay with you long before the track is done. Then I settled in to write about Mr. Pratt's album. I really listened to the lyrics, arrangements and instrumentals. I decided that I better use more serious tones to explain this record, because there is no glossing over its meaningful impact.

Peter Gabriel writes music that he thinks is not only good to hear, but an agent of change which will invoke a shift in what the listener comes away understanding, given the topic. I had this playing in the house and the themes Pratt evokes, plus some of the interesting tones he calls up, reminded me of Gabriel's music, similar to the US album and his recent classical renditions of past works. 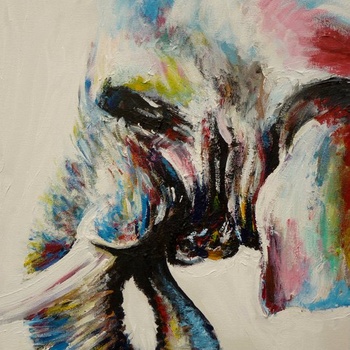 Fireworks. "Not much for talking, but rings love like a bell." The cello and whistle lends a dreamy send off to open this album. It tells a story of connection and separation. Fellow New England native, Jason Anderson sings of July 4th 'sparks' as well. Pratt lets the listener tie the edges of the narrative together.

Just a moment or so, of cello and bellowing vocals toward ambivalent reasoning. Onward.

The questions of God and humanity are laid out for the critique. "Awkward waiting room conversation, turns to gossip." "If God comes back, you'd say, how could you screw things up?" "I was only gone 5 minutes, isn't it enough that I made you? Now I've got to fix all your problems ... "

The basics of loss are underlying this bare acoustic.

Brighter chords open this track, "I remember loving you like weekends." What a great lyric. The frailty of the human condition to disease is quickly added to the story.

Why do I compare so many artists to Paul Westerberg? "You're the only one who wants you to leave." Pratt's quick quips and guitar strumming in this track bring out a punk side. Love when folk and punk share an edge.

Piano pieces come through, "Hold my place while I float away."

This opens with a voice recording of 'Dottie' on an answering machine. How sad and honorable. "Breathe it in like magic, sticks to you like a magnet." It has the impact of "I Grieve" by Peter Gabriel. Similar to the theme of loss released to joy, "All the love in the world is waiting for you." In our sadness, we can move toward the realization of life carrying on in some other way.

And yes, finally say a soft, 'hooray' for the music that rides beside us.

Look for Joey Pratt's music under the name, "Card Stock," because music is 'an idea' as well as a sound.

Many thanks from Joey Pratt to 'NoiseCollector' for the special addition to Sleep Song.

Heavy Things with Strings was recorded in Nottingham, NH at the Pratt House and Portsmouth, NH in The Music Closet. For a deluxe version with a 26 minute documentary 'Making Music' and bonus songs, contact This email address is being protected from spambots. You need JavaScript enabled to view it.